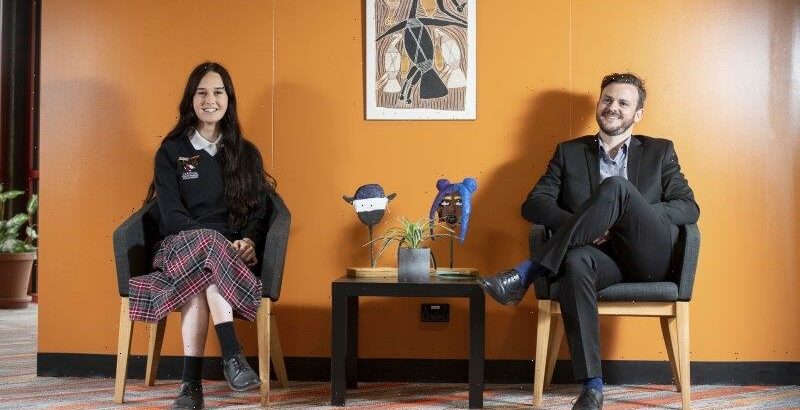 When Peter Langham arrived at Monterey Secondary College in August 2019, he was the third principal the school had appointed that year.

The school environment was one of dysfunction and despair. 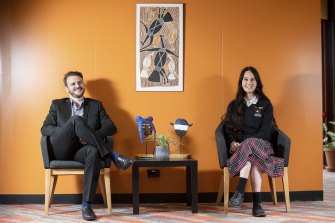 Morale among teachers was low, with high rates of staff turnover and absenteeism. Enrolments had plunged from almost 700 students a decade ago to fewer than 300.

NAPLAN and VCE results were well below average, with few school-leavers going on to university or TAFE.

“It was a school that was, I guess, going through a really difficult period,” Mr Langham said. “There was a group of staff there who were wanting to shift the school culture positively and there were some who perhaps felt like it was beyond repair.”

The school in Frankston North, one of Melbourne’s most disadvantaged suburbs, had lost the confidence of its community. A 10-year Education Department plan to turn around its fortunes was hatched.

Many teachers left the school that year, but those who replaced them and those who stayed worked intensively with youth support group Berry Street on a new, less reactive way to manage regular instances of difficult student behaviour.

Berry Street director of education Tom Brunzell said the approach was “trauma-informed and strength-based”, with a focus on meeting the unmet needs of students who acted out.

“So much of our work at Berry Street has been about … shifting the mindsets of the entire staffing group to an approach that says, we don’t focus on the big behaviours because by then it’s too late; we need to focus on micro-moments that teachers were either ignoring or just hoping would go away,” Dr Brunzell said.

As well as teachers checking small disruptive moments before they grow, students are given opportunities to reset, including regular “brain breaks” between activities to improve focus, and the development of an individual “ready to learn” plan for each of them.

Just two years in, classrooms are calmer and teachers are better able to focus on high-quality learning, Mr Langham said.

The approach is yielding academic results that have stunned even those behind the Berry Street model.

When Monterey received its VCE and VCAL results last week, every student passed for the second consecutive year. The school achieved a median VCE study score of 28, which is roughly average for the state and easily the strongest result it has produced in well over 10 years.

“I certainly had trust that it was possible to turn it around. I didn’t think we’d turn things as quickly as we have,” Mr Langham said. “The way that has happened is that the staff have just absolutely bought into everything that we needed to be doing, students have bought into it, parents and carers within the community have bought into a different way of thinking.”

In 2019, 15 per cent of teachers at Monterey agreed their classrooms were orderly and focused. This year the figure was 89 per cent.

Grace Withers graduated from Monterey this year as college dux. She said the school had improved a lot since she started there in year 7.

“It’s almost like that Monterey never existed, which is crazy.”

She will return next year as a member of the school’s support staff, with plans to become a teacher.

“I’m quite comfortable there with the staff and also the students,” she said. “The improvement that has happened there, it’s looking really well for the future, so I’d like to get my experience there, then build it up.”