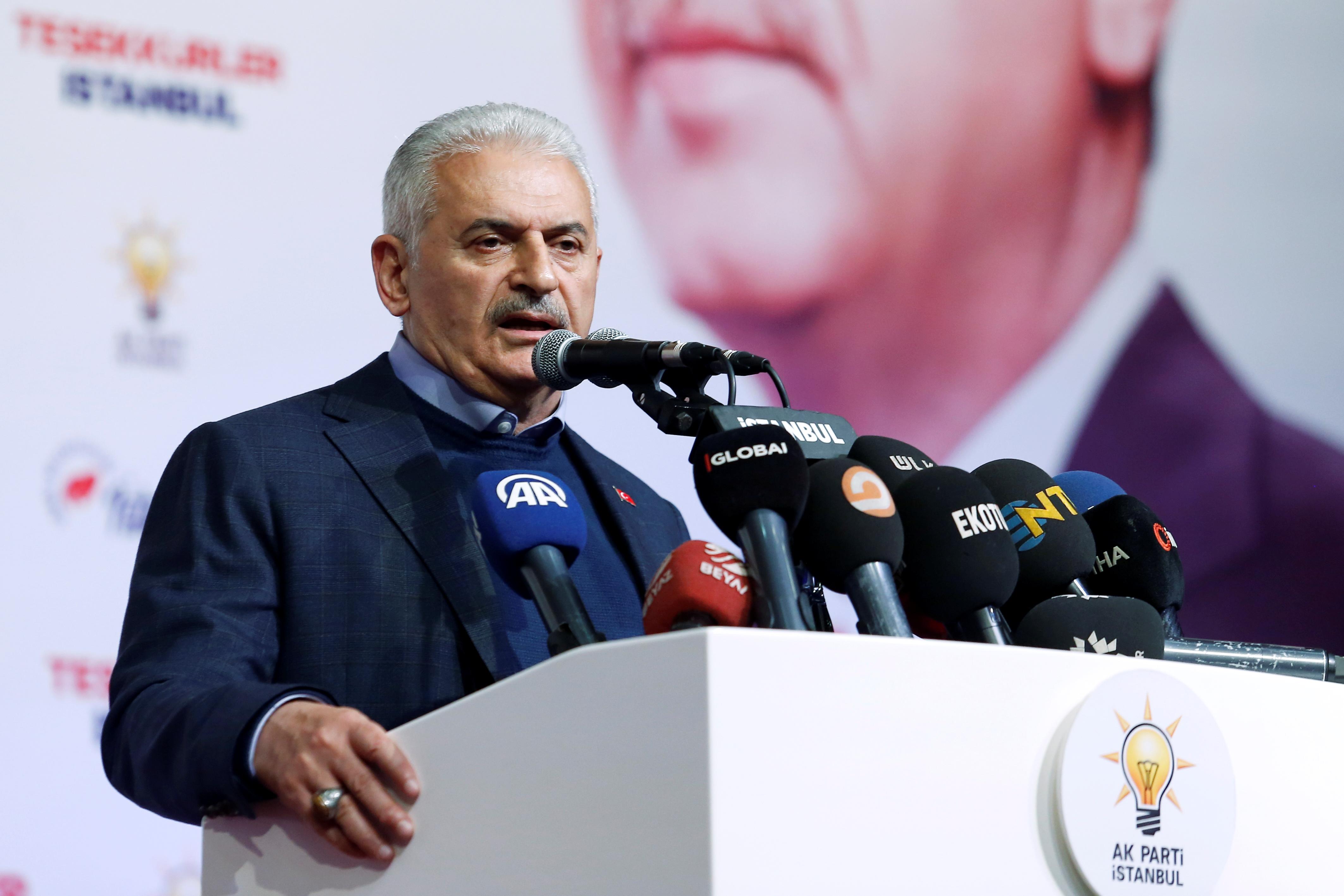 Yildirim narrowly lost the March 31 Istanbul election to the main opposition candidate, but the High Election Board ruled on Monday to annul the vote over various irregularities and called a fresh contest for June 23.