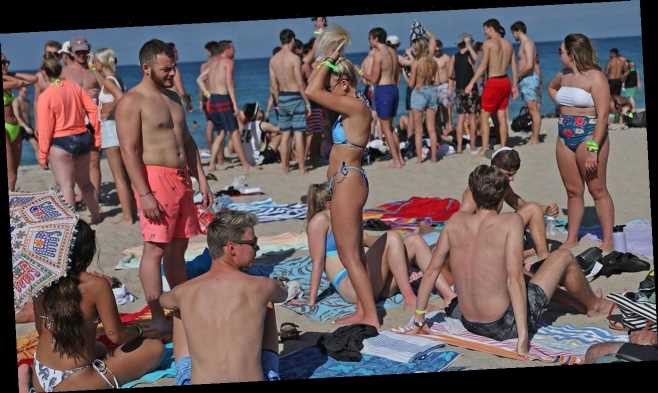 Fort Lauderdale police have rejected several claims in the media that the area has seen increased violence this year during spring break, saying reports may have been “misinterpreted.”

Assistant Chief Frank Sousa of the Fort Lauderdale Police Department took issue with reports that his department is increasing staffing following a shooting that occurred Thursday morning. He also pushed back on claims that there has been an increased level of violence this year during spring break.

“We’ve made two arrests since spring break started,” Sousa told Fox News. “One of them was a local person, and the other was a spring breaker.” 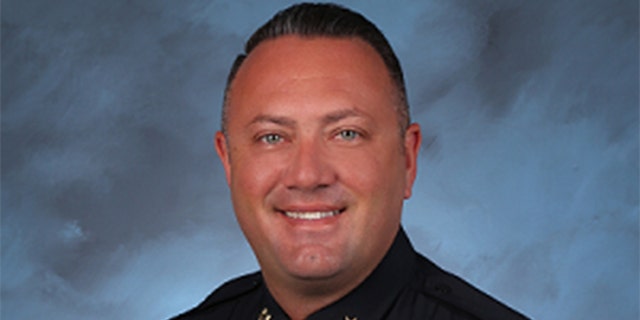 “I don’t even consider the shooting part of spring break,” he said. “It could have happened at any time during the year: it was between locals.”

Local reports claimed that police would be increasing patrols in the area over the weekend, but Sousa asserted that this already happened — as it does every year.

“We’ve increased our staffing prior to any incident occurring,” he said. “We staff for spring break every year, and we did the same this year.” 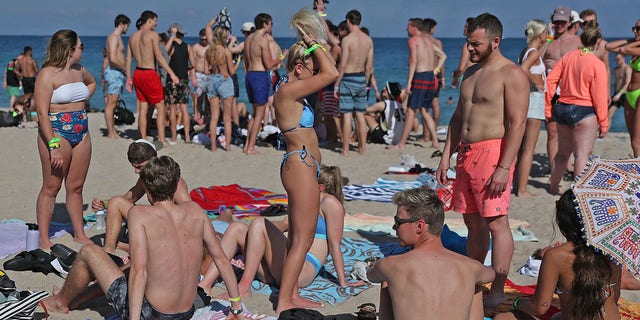 FORT LAUDERDALE, FLORIDA – MARCH 04: People walk on the beach on March 04, 2021 in Fort Lauderdale, Florida. College students have begun to arrive in the South Florida area for the annual spring break ritual. City officials are anticipating a large spring break crowd as the coronavirus pandemic continues. They are advising people to wear masks if they cannot social distance. (Photo by Joe Raedle/Getty Images)

The Fort Lauderdale police have seen a “relatively calm” spring break, he said, and the police are monitoring “other jurisdictions.”

Sousa believes that news of Miami Beach increasing its own patrols and calling for backup from Miami-Dade police have led some to believe the same is occurring in his own city. Miami Beach Mayor Dan Gebler compared the situation to a “siege” during a virtual news conference.

FIGHT BREAKS OUT AT FLORIDA’S FLL AIRPORT OVER MASKS

That is not the situation in Fort Lauderdale, Sousa claimed.

“We’re not doing any different than we’ve done in years past,” Sousa said. 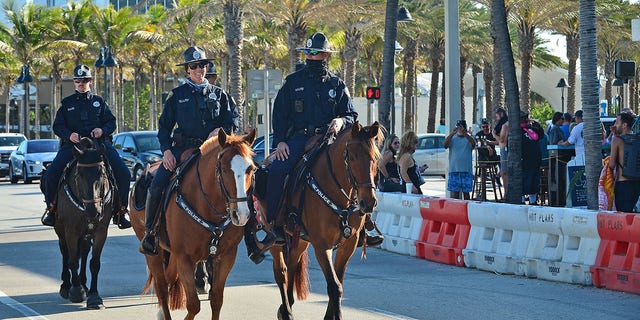 FORT LAUDERDALE, FLORIDA – MARCH 14: A general view of police officers presence as people partying on Fort Lauderdale Beach Los Olas as Spring break crowds draw a concern during critical moment in the COVID-19 pandemic. on March 14, 2021 in Fort Lauderdale, Florida. U.S. President Joe Biden Announce All Americans to be Eligible for Vaccinations by May 1, Puts the Nation on a Path to Get Closer to Normal by July 4th. (Photo by JL/Sipa USA)No Use Germany.
(Sipa USA)

Sousa’s comments to Fox News are largely in-line with statements made earlier this week from other officers in the department, including that of Sgt. DeAnna Greenlaw, who said the city was “no stranger to large crowds on the beach.”

“We’re very pleased with the fact that how everything is running for spring break,” Greenlaw told Fox News on Wednesday, just prior to the shooting.

The shooting on Thursday is one of the more severe incidents to occur in Fort Lauderdale, along with a sexual assault that occurred last weekend, when a man allegedly posed as an Uber driver when a woman was separated from friends during a night out.

Responding to a question about the incident, Greenlaw said it could have happened to anyone — not just spring breakers — and police are reminding visitors and residents to confirm that the license plate on the vehicle is the same as that listed on the ride-hailing app.

The incidents are seemingly not deterring the city from urging spring breakers to visit the city. Fort Lauderdale Mayor Dean J. Trantalis last week welcomed visitors, saying: “It’s better to be here in Florida than in a stuffy dorm room.”

“We’ve been pretty good at maintaining the crowds, maintain safety,” Trantalis told Fox Business. “Don’t expect to come to Fort Lauderdale without wearing a mask, keeping those COVID protocols in place, but so far, things are going well.”