Four of the five men currently in prison for gang-raping a teenager in Spain four years ago have been handed additional sentences for a separate sexual assault case.

A Cordoba court said on Thursday that the incident had happened a couple of months before the first assault, which took place at a bull-running festival in 2016 and became known as the La Manada, or “Wolf Pack” case.

One of the men was sentenced to four years and six months, while the other three were sentenced to two years and 10 months for sexual abuse and breach of privacy. 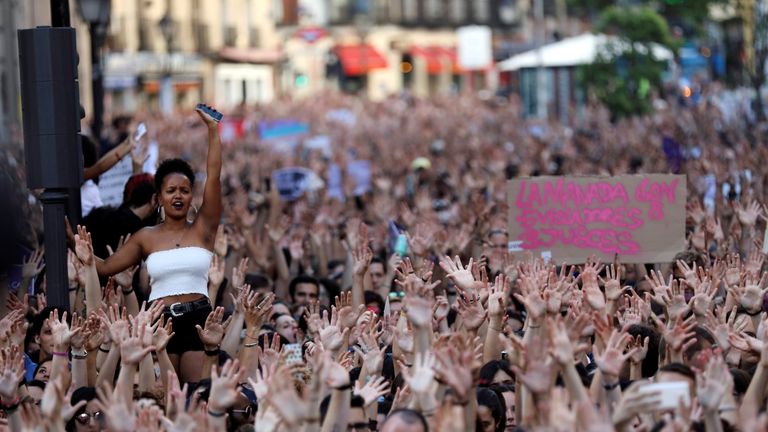 The five men involved in the first incident were already serving 15-year prison sentences over a case which galvanised the Me Too movement in Spain and led to calls for changes to the country’s rape law.

The group was initially convicted of sexual abuse but cleared of gang rape charges in December 2018 for the attack on an 18-year-old.

The ruling was made on the grounds that there had been no evidence of violence or intimidation, which was necessary for a rape conviction in Spain.

Lawyers for the teenager, who was found crying on a bench by a couple, argued shock and fear had stopped her from fighting the men.

Following more than a year of heated protests, the country’s highest court reversed the decision and upgraded the conviction to rape.

It ruled the group had carried out the attack in a “genuinely intimidating scenario”.