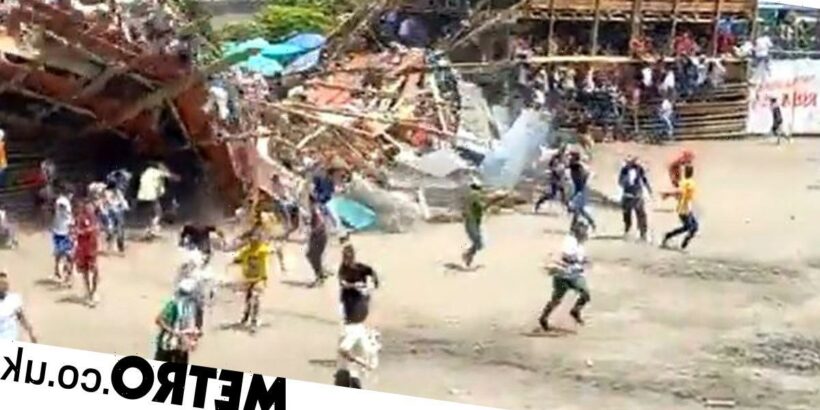 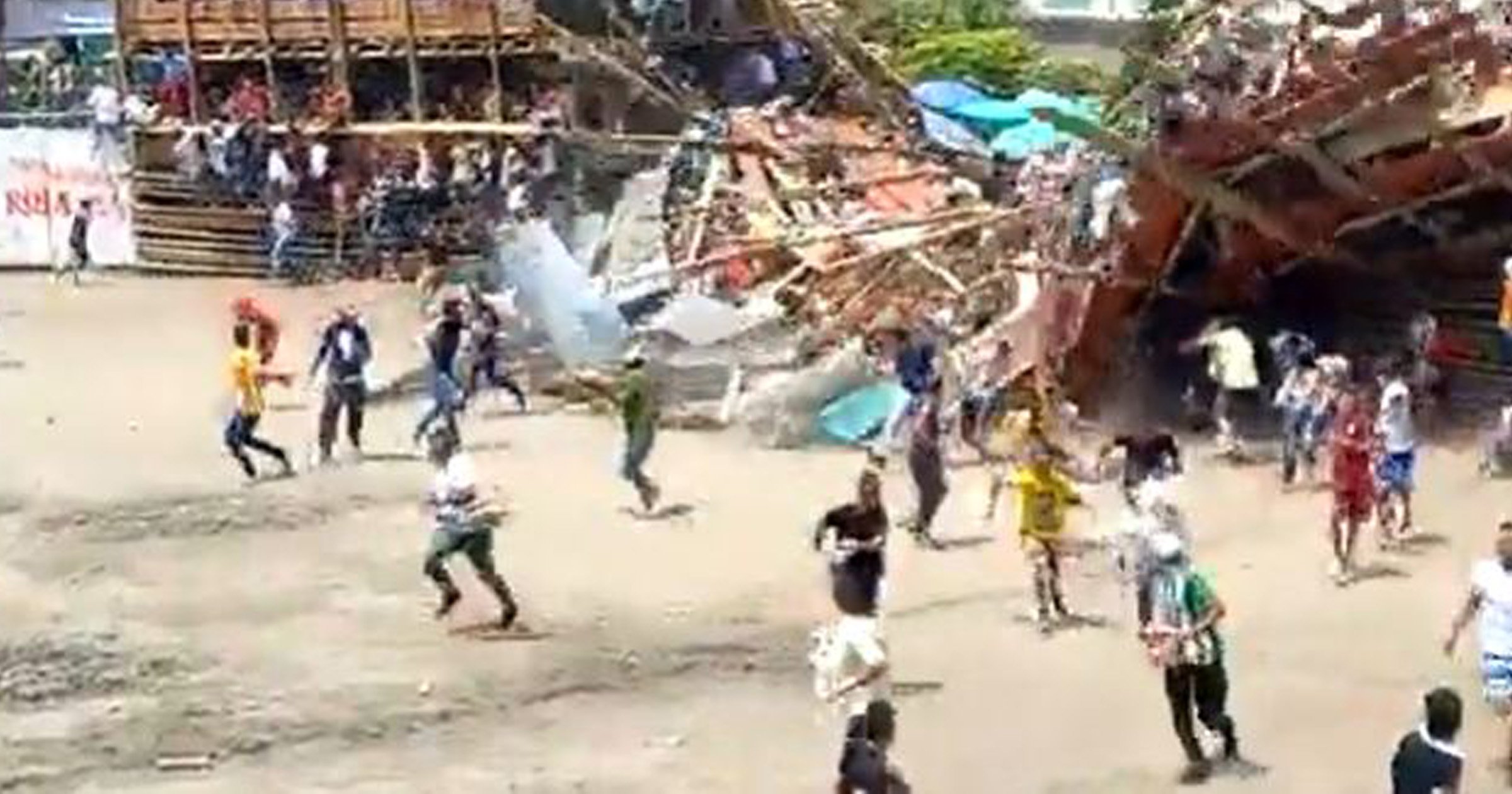 At least four people were killed and hundreds injured when a stadium partially collapsed during a bullfight in central Colombia.

An 18-month-old baby is understood to be among the dead.

The disaster took place in a stadium in the city of El Espinal in Tolima state on Sunday during a traditional event called ‘corraleja’ in which members of the public enter the ring to engage the bulls.

The event was part of celebrations surrounding the San Pedro festival, the most popular in the region.

Videos taken during the bullfight show a multi-story section of the wooden stands collapsing and falling into the arena as people screamed.

Another video taken at the scene showed people trying to escape from the stands while a bull continues to roam in the arena.

‘Four people have died, as of this moment: Two women, a man and a minor,’ he said.

Mr Orozco said he had asked for the traditional ‘corralejas’ to be suspended in Tolima earlier on Sunday but this one was held anyway.

The number of people buried in the debris of the stands is currently unknown but the section of the stadium which collapsed is thought to have been full with 800 spectators.

She said the minor who had died was an 18-month-old baby.

Besides the four dead, another four people were in intensive care and two others were recovering from surgery.

President-elect Gustavo Petro urged local officials to ban ‘corralejas’, noting that it was not the first time an incident like this had taken place.

‘I ask mayors not to allow more events involving the death of people or animals,’ he said.

Current President Ivan Duque on Twitter announced an investigation of the disaster.

‘We lament the terrible tragedy registered in El Espinal, Tolima, during the festivals of San Pedro and San Juan, with the collapse of the stands during a corraleja.

‘We will call for an investigation,’ he said.