PANAMA CITY (Reuters) – Four passengers have died on board the MS Zaandam, a cruise ship currently off the coast of Panama with over 130 guests suffering from influenza-like symptoms, at least two of whom have coronavirus, the vessel’s operator said on Friday. 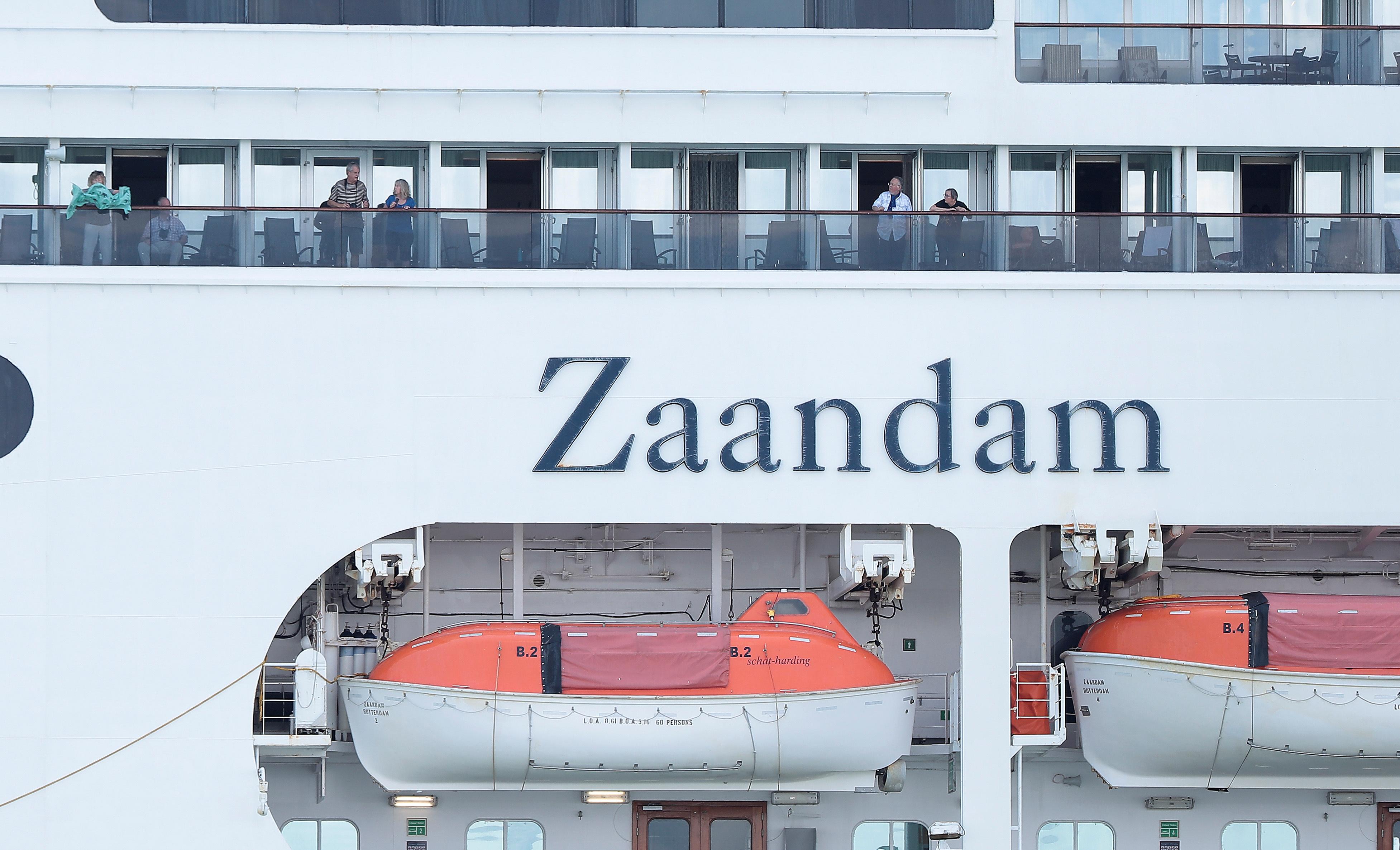 Zaandam had been on a South American cruise that departed Argentina on March 7 and had been scheduled to end in San Antonio, Chile on March 21. Nobody has disembarked from the ship since it docked in Punta Arenas, Chile nearly two weeks ago.

Holland America Line, the operator, said in a statement it “can confirm that four older guests have passed away.”

All told, there are 1,243 guests and 586 crew on board, as well as four doctors and four nurses, the statement said.

Significant numbers of U.S. Canadian, Australian, U.K. and Dutch citizens are among passengers stuck on board, according to media reports from their respective countries.

Ian Rae, a London-based Scotsman who said he was a passenger, tweeted praise for the operator’s efforts to get media supplies on board the ship, and struck an upbeat note.

“Judging by the small boats coming with photographers to photo us, the news is out that we have Covid-19 and deaths on board. Still feeling upbeat and ready to face the challenge,” Rae wrote on Twitter on Friday afternoon.

Guests have been asked to self-isolate since March 22 and public spaces on the 238 meter (781 foot) vessel are closed.

Some 53 guests and 85 crew have reported to the medical center with flu-like symptoms, the operator added, noting that “all ports” along Zaandam’s route are closed to cruise ships.

The cruise operator said it wants to transfer groups of healthy Zaandam passengers to its sister ship Rotterdam, which is now alongside the vessel of Panama.

Holland America Line said it was still working with the Panamanian authorities to see if it could get approval to transit the Panama Canal and sail to Fort Lauderdale, Florida.