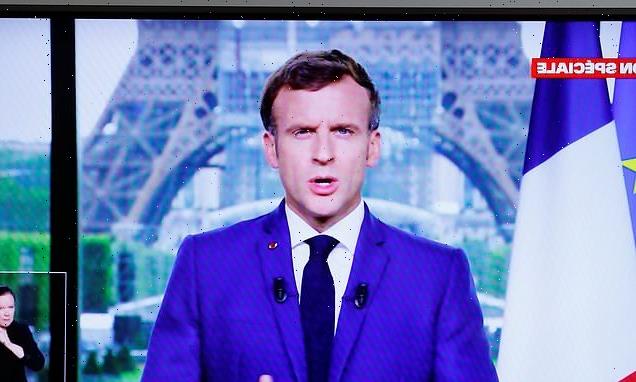 France has scrapped its £115 TV licence fee in an effort to tackle the growing cost of living crisis, in a potential blow to public broadcast models in other countries.

France’s senate agreed to pass President Emmanuel Macron’s election promise to scrap the fee in a heated debate that ran into the early hours of Tuesday morning.

The country’s annual fee, currently set at €138, has provided public broadcasters with the majority of their income since it was introduced in 1933. 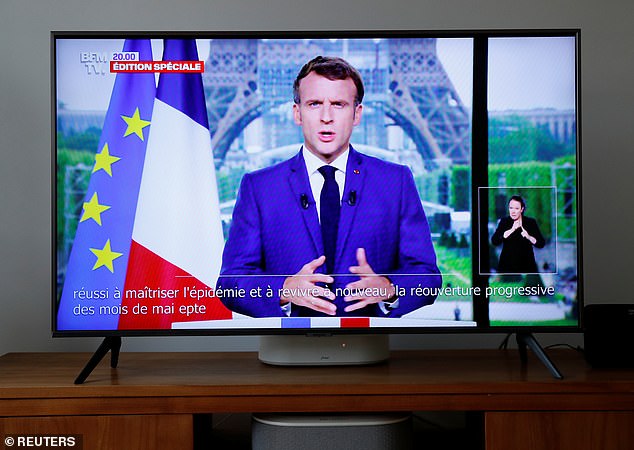 France has scrapped its £115 TV licence fee in an effort to tackle the growing cost of living crisis, in a potential blow to public broadcast models in other countries. Pictured: French President Emmanuel Macron is seen on a television screen in July

Opponents to the move on the left of French politics raised concerns over the future funding of the country’s independent public television and radio, arguing that such institutions would be weakened by the move.

Others against the move on the right also criticised the cut, and called for a wider discussion to be veld over a broader overhaul of public broadcasting in France.

The promise made by Macron during his successful election campaign earlier this year also sparked a row about the funding of France’s independent journalism.

Despite the objections, the French senate – which holds a centre-right majority – was eventually in agreement that the licence fee was ‘obsolete’.

One reason given was the popularity of on-demand streaming services such as Netflix, Disney+ and Amazon Prime.

In place of the licence fee, the senate approved the funding of public broadcasters using VAT revenues until the end of 2024.

Culture minister Rima Abdul Malak said the government would protect the budgets of public television and radio while creating a ‘roadmap’ for the future of public broadcasting in the country.

In the short term, the VAT funding model agreement would allocate a ‘fraction’ of the tax revenue – about €3.7billion – to the public broadcasting budget, which is around the same as the sector is receiving through the licence fee.

However, senators from several different parties across the political spectrum said there was no concrete strategy how to secure funding in the long term.

While some agreed with the argument that the licence fee was obsolete, they warned the bill had been rushed and poorly prepared. 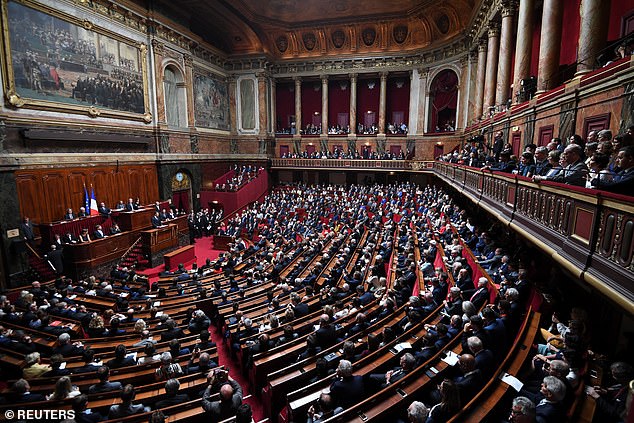 Jean-Raymond Hugonet of the rightwing party Les Républicains said: ‘We had a president who wanted to get re-elected and who proposed something very popular: scrapping a worn-down and unjust tax which no one wanted any more.’

Socialist senator David Assouline said: ‘The stakes are high in our society, where there is a large concentration of private channels and foreign platforms, meaning we must strengthen public broadcasting.’

He said that while culture minister Malak had praised public broadcasting, the bill he supported was ‘creating the conditions for weakening’ it.

French communist party senator Pierre Ouzoulias said public broadcasting ‘is essential to contribute to the mission of independence’ of information.

France’s vote to scrap the fee is part of a larger push to tackle the growing cost of living crisis in the country, that is being felt across Europe. The overall budget package is expected to be finalised in the coming days. 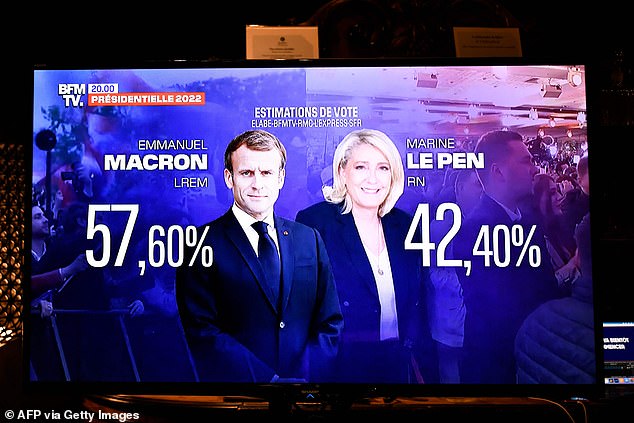 Other measures in the £20 billion inflation relief package – that has so far passed in  France’s lower house – include prolonging an existing freeze on gas and electricity prices, lifting pensions, a temporary cap on rent hikes and a pay rise for public sector workers.

The move by France comes as Britain is also reviewing whether to scrap its own annual £159 BBC TV licence fee, with Conservative lawmakers in favour.

In addition, culture secretary Nadine Dorries said earlier this year that the British government would freeze the licence at its current level – and that the funding model could be totally eliminated by 2027.

With Tory leadership candidates Liz Truss and Rushi Sunak currently vying to become the country’s next Prime Minister, the current plans could change.

However, Ms Truss said this week that she is ‘concerned’ about the number of people being prosecuted for non-payment of the fee – which can result in a £1,000 fine or even a prison sentence – suggesting her stance is unlikely to be softer than the man she is hoping to replace – Boris Johnson.