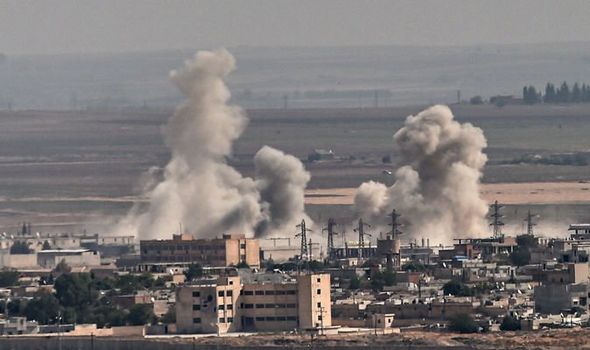 Following the assault, it emerged dozens of Isis-affiliated people had managed to escape from a displacement camp. French government spokeswoman Sibeth Ndiaye told France 3 television: “Of course we are worried about what could happen and that is why we want Turkey… to put a stop to the intervention it started as quickly as possible. “I do not know, today, who exactly the individuals are who fled from the camp; it has been a concern for France since the beginning of this armed intervention.” The Kurdish administration in northern Syria said Turkish shelling near the Ain Issa camp had allowed 785 ISIS-affiliated foreigners to escape.

However, the British-based war monitor Syrian Observatory for Human Rights, citing sources in the camp, said only around 100 people had escaped.

Turkish President Recep Tayyip Erdogan, for his part, dismissed the reports and told the state-run Anadolu news agency that the accounts of escapes by Isis prisoners were “disinformation” aimed at rattling the West.

European citizens comprise a fifth of around 10,000 Isis fighters held captive in Syria by Kurdish militias.

If the militias redeploy prison guards to the front line, there is a heightened risk of jail-breaks.

Mrs Ndiaye also said there were growing fears for a “serious humanitarian crisis” in Syria, where the number of people fleeing the conflict has soared to 130,000.

Turkey’s assault over Syria’s Kurdish-controlled northeast has raised international alarm and outrage over its mass displacement of civilians and the possibility of a resurgence of Isis in the region. 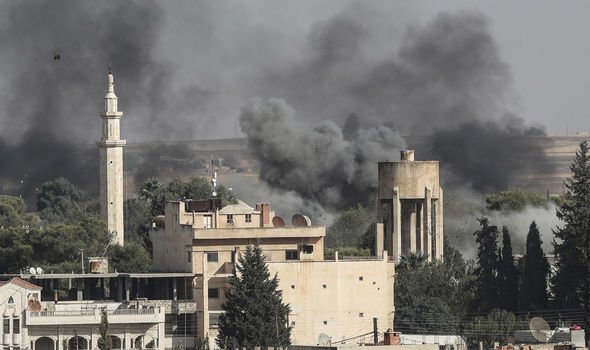 Fighting erupted last Wednesday after Ankara launched a long-threatened offensive against Kurdish forces, which it considers “terrorists” linked to insurgents in Turkey.

Turkey aims to neutralise the Kurdish YPG militia, the main element of Washington’s Kurdish-led ally, the Syrian Democratic Forces (SDF), which has been a key US and EU ally in destroying the ultra-conservative “caliphate” set up by Isis fighters in Syria.

US President Donald Trump has been accused of abandoning the SDF after ordering American troops to pull back from the border – essentially giving Turkey a green light to invade the area.

France has bitterly condemned the Turkish assault, saying on Sunday that it should end “immediately”.

The military operation will have “tragic humanitarian consequences, but also risks to trigger a revival of ISIS in the region and the long-term destabilisation of northeastern Syria,” President Emmanuel Macron’s office said in a statement.

France, which has been the target of a string of terrorist attacks since 2015, many of them claimed by or inspired by ISIS, fears the attack on Turkish forces will strengthen the radicals.