Comedians Frank Skinner and David Baddiel joined in with England’s victory celebrations last night as their anthem Three Lions was being sung across the country.

The comedy duo – who recorded the song in 1996 with band The Lightning Seeds – tweeted a photograph of them sharing a final-whistle kiss.

Meanwhile other celebrities took to social media to tell of their delight at England’s triumph over Sweden. 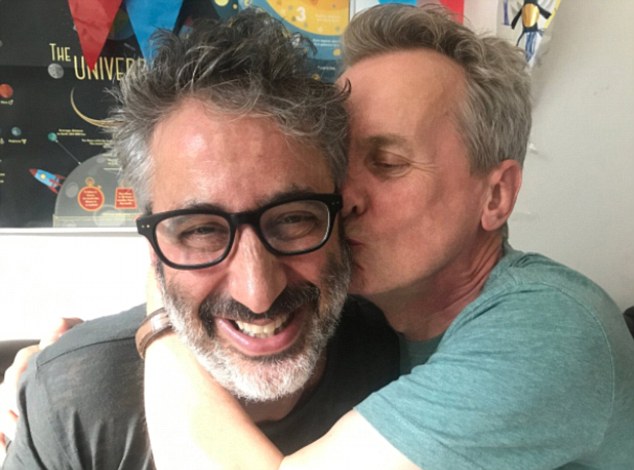 David Beckham was celebrating after winning a bet against Sweden’s record goalscorer Zlatan Ibrahimovic over the outcome.

As a result, the Swede will have to buy the former England captain dinner at a restaurant of his choice.

Bill Bailey correctly predicted the outcome of the game with the help of his pet ‘chicken of destiny’.

The comedian posted a video on Twitter showing the bird faced with England and Sweden flags – and waddling over to the former. 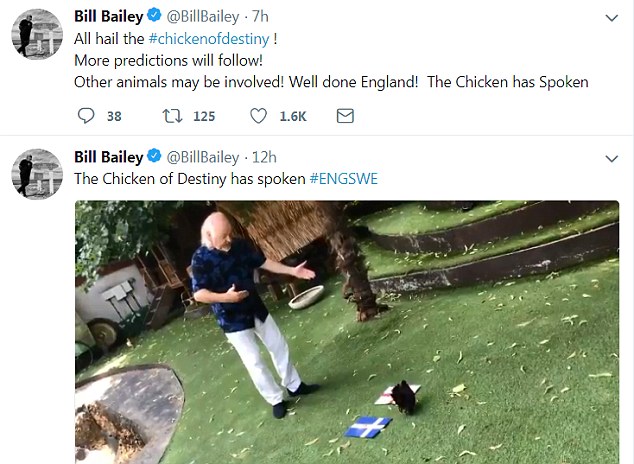 Bailey promised: ‘More predictions will follow! Other animals may be involved! Well done England! The chicken has spoken.’

Several celebrities, including BBC presenter Jeremy Vine, shared a tweet wrongly attributed to goalscorer Harry Maguire, which read: ‘Just spent four hours putting together a flatpack f****** desk lamp. I will seek vengeance on the nation of Sweden, in this life or the next.’