Fraudster who once posed as the Duke of Marlborough and swindled £1.7million from small businesses is jailed for seven years 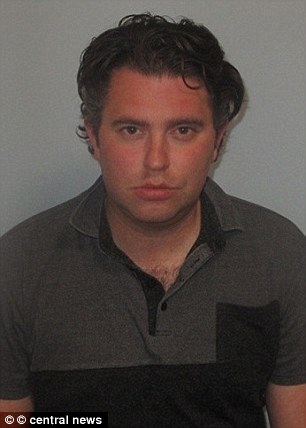 A fraudster who once posed as the Duke of Malborough was jailed for seven years for conning small businesses out of £1.7million to enjoy the high life.

Alexander Wood, 36, of Camden, London, and accomplice Mohammed Azhar, 40, used sophisticated phone technology and so called ‘social engineering’ techniques to fool victims into thinking they were calling from their bank.

The frauds, occurring from May 2017 to January 2018, resulted in at least 13 employees being laid off by one company and another business owner having a stress-induced stroke.

From one victim they stole £1.2million.

Prosecutor Tim Hunter said: ‘Social engineering was used to ingratiate themselves with the customer and to get them to divulge sensitive information.

‘They managed to steal 1.2million from a single victim which necessarily has a devastating effect on the company, but also on the person that answered the call.’

Both defendants have previous convictions for dozens of similar offences.

In 2015 Wood used the name of Jamie Spencer to scam The Great Northern Hotel near Kings Cross out of a £2,278 bill – in a case similar to a classic episode of Fawlty Towers.

At the time, Wood told Southwark Crown Court: ‘I do not believe that anyone for a second thought I was the Duke of Marlborough.

‘I was just trying to get away with our paying the bill.’

He admitted that he was fully aware that the name he was using, Lord Jamie Spencer, was that of the Duke of Marlborough.

While Azhar was one of 13 crooks previously convicted of involvement in a £113million banking scam.

He helped conman Feezan ‘Fizzy’ Choudhary, 27, pull off the banking scam, ripping off 750 victims in Britain’s biggest ever cyber fraud.

Mr Hunter said: ‘It was frankly identical to this, they just did more of it.’

Azhar had snitched on the others to receive a significantly reduced sentence of just 32 months despite his key role in that fraud – but his family must now spend their lives in witness protection.

The pair were arrested at Wood’s address on Royal College Street in Camden.

When police searched the house they found £9,000 in cash in the bottom of a wardrobe. 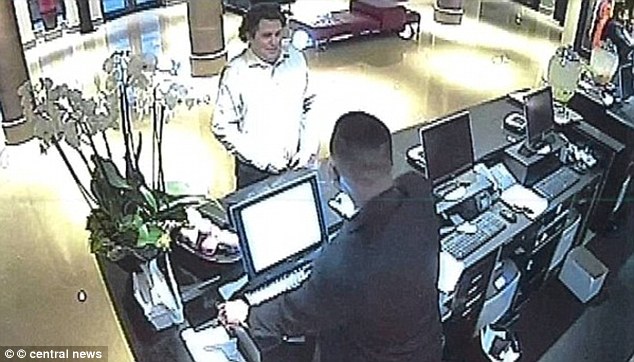 In November 2015 Wood posed as the Duke of Malborough to scam The Great Northern Hotel (pictured) near Kings Cross out of a £2,278 bill – in a case similar to a classic episode of Fawlty Towers

They seized Azhar’s phone and found records of a call to John Smiths and Sons, a Yorkshire-based coach company founded in 1935, in which Wood had pretended to be from NatWest.

The pair would call companies claiming to be from their bank, stating that there had been suspicious activity on their account.

They would then tell the victim that they had placed the account into a digital quarantine and asked them to transfer money to what were ostensibly test accounts in order to test the security of the account.

The pair also had access to a sophisticated mobile technology that was able to emulate the phone numbers of the banks they were purportedly calling from, giving their claims greater credibility.

During one of the calls Azhar is recorded as saying: ‘I’m going to buy you a Rolex watch for this tomorrow.’

Bank records show Azhar purchasing the watch the following day for £9,500 – a further two Rolex watches were recovered with a value of around £13,500

The pair also joked about purchasing a penthouse in Dubai with the money they stole.

Melvyn Cross, of Total Reclaims Demolition, which lost over a million in the fraud, said: ‘My brother and I had come to the point where we were starting to reap the benefits of our hard work.

‘Since the crime, Mark has been on a constant spiral of depression and was admitted to hospital with a mini stroke – he has turned to alcohol to numb the pain and the anger. 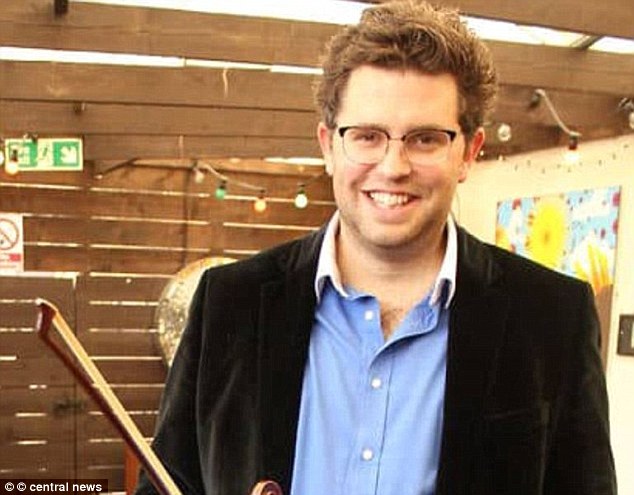 ‘The added pressure and stress has shaken my marriage to the core.’

Mr Hunter added: ‘The process of asset tracing is still ongoing but I am sure, as you know, in these cases the assets often disappear incredibly quickly, there is no hope of recovering them.’

R Durrell and Sons lost £473,000 and were forced to shut down the joinery side of their business resulting in the loss of 13 jobs.

Judge John Reddihough said: ‘These are family businesses, these loses have a massive impact in as I understand it the banks will not reimburse them.

‘It is well known from the press that frauds of this nature are becoming increasingly common and they are causing massive financial loses to the victims of such cases.

‘As in the present case, the loses can be devastating for the companies that are victim’s of such frauds.

‘I have read the victim personal impact statements of directors of some of these companies where significant sums were obtained from them.

‘It makes for sad reading – to see the devastation that is cased not only to the family members who set up these companies but also to their employees.’

Wood, of Royal College Street, Camden, admitted 12 charges of fraud and one of concealing criminal property and was sentenced to seven years in prison.

Azhar, of Sewall Highway, Coventry, admitted the same charges and was sentenced to nine years in prison at Southwark Crown Court.