Who changed all the pies! Fray Bentos is to redesign its iconic metal tins after half a century because millennials don’t know how to open them

Frustrated fans of Fray Bentos’ pie in a can complained the iconic tins were impossible to open and even posted videos of their struggles.

They said the metal was too thick for normal tin openers to cut through and only scraped the surface.

Many broke even broke their utensils on the can and some fed up customers said they even resorted to using hammers, screwdrivers and chisels.

Customers have long complained getting the lid off can be hit and miss. 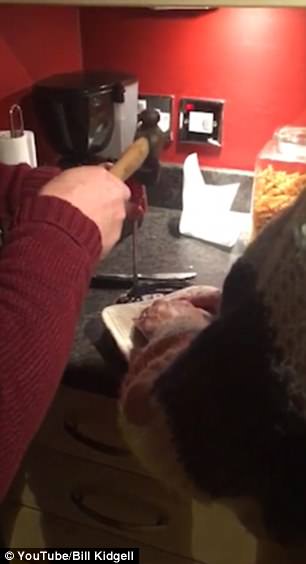 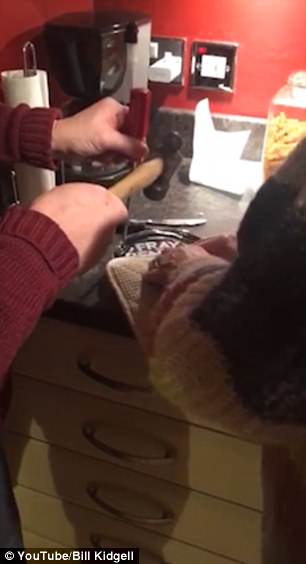 One YouTuber called Bill Kidgell smashed a screw driver into the tin with a hammer in a bid to open it.

Another posted a video of himself smashing the tin open with a big knife with the message: ‘Tin opener wouldn’t open so used the biggest chef’s knife I had and a hammer.’

And student blogger Pembo362 posted a video claiming: ‘This thing does not open.

‘It is official, after three years of having this pie under my bed in my emergency food box it’s going in the bin.’

When the videos started to appear Fray Bentos, which is owned by Baxters, tried to address the problem by posting a message on its website advising shoppers: ‘Due to the nature of the product, we strongly advise our customers to use a robust can opener.’

It offered a link to the recommended opener which retails at £8.50p – seven times the cost of the common metal tin openers and four times as much as a classic Fray Bentos steak and kidney pie which costs around £2.

Pie fans were still unhappy and Fray Bentos has now said it is putting the iconic tin under the design microscope in a bid to ‘improve openability’. 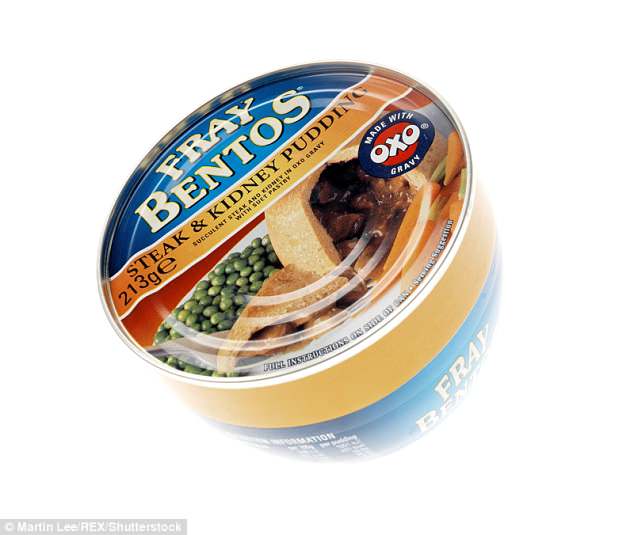 ‘Based on consumer feedback the focus has been on improving the tin profile (ridges on the lid).

‘This enables the can opener to sit better on the rim, giving it more purchase to cut through the metal.

‘We have conducted a number of trials, and while we have managed a slight improvement, we have concluded that the cans require a robust ‘cut from the top’ opener rather than a ‘cut from the side’ opener.

‘Moving to a ring pull lid has been considered, however due to the surface area and force required to lift the lid, this may result in serious injury to the consumer.

‘This has been discounted as a potential solution.

‘Whilst we continue to review the design of our can, based on consumer feedback we would strongly advise our consumers to use a robust can opener.

‘The can opener tested and recommended to use is the Brabantia Essential Line Opener. 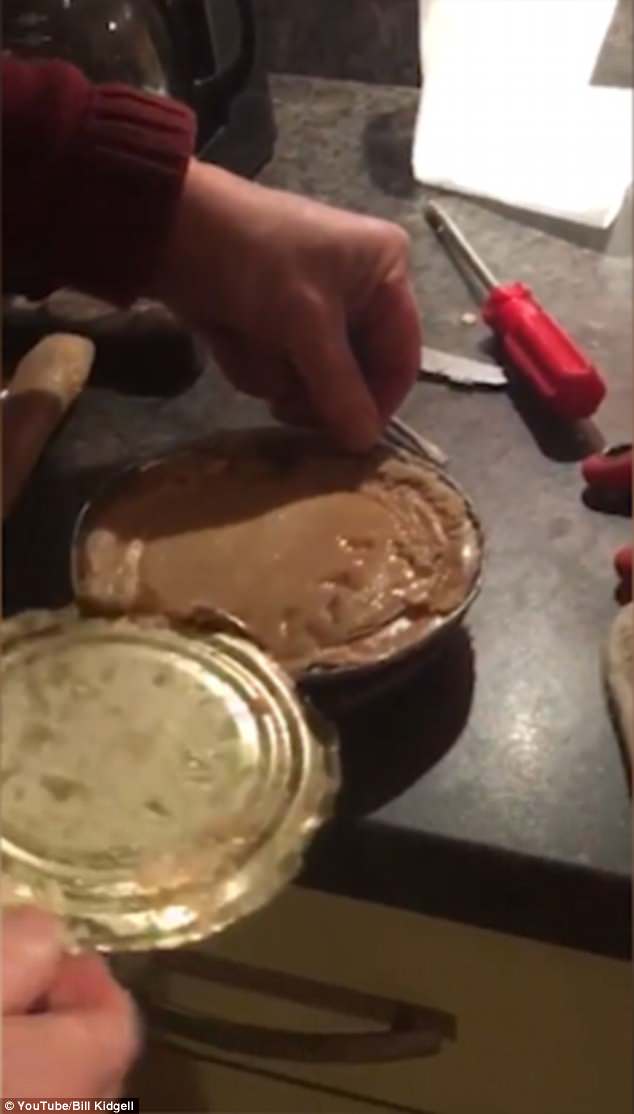 Success! After taking to the tin with a hammer and screwdriver Bill broke in

‘We are in the process of updating this on our packaging. ‘We have updated our website to reflect this recommendation.’

Since then the popular pie range has expanded to include chicken pies, minced beef pies, chilli beef pie and a range of other options.

Outraged pie-lovers slammed Fray Bentos in January for apparently cutting the amount of meat in its tins.

The famous pies are named after the city of Fray Bentos in Uruguay which is famous for its beef.