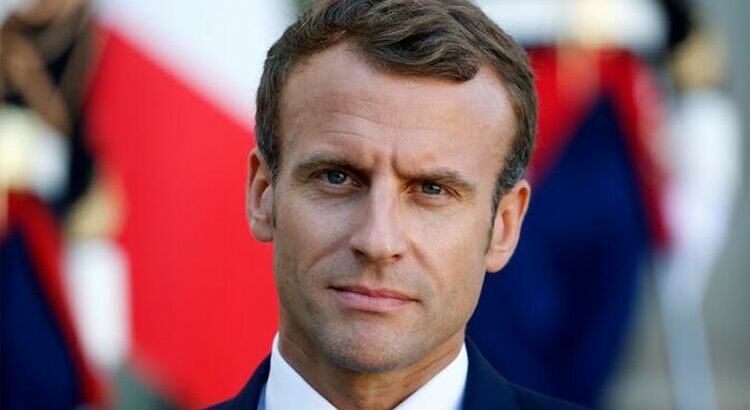 Ukraine: Macron slammed for making it ‘too easy for Putin

Amid attacks from Russia on Ukraine after diplomatic tensions turned into an all-out military conflict last Thursday, Mr Macron is set to make his candidacy in next month’s presidential election official by Friday this week. The war in Eastern Europe, though keeping him from directly working on a campaign, could be securing him a victory in itself – both because of the leading role he has played in negotiations with all those involved in one way or another in the crisis and because of his opponents’ associations with Vladimir Putin.

Michael Bruter, Professor of Political Science at the London School of Economics, said: “Foreign policy is very much the ‘territory’ of the president, so there is no doubt that Macron has aimed to use his action with regards to Ukraine to suggest that of all major candidates in the forthcoming election, he is the only one with real presidential stature.

“This is all the more relevant given that several of his rivals on the radical left and radical right are accused by many observers as being uncomfortably lenient on Putin.”

This week, far-right candidate Marine Le Pen has been scrutinised over her past links to Putin after a campaign leaflet featuring a picture of her with the Russian leader was released.

Polls suggest Ms Le Pen will face Mr Macron in the second round of the vote on April 24. However, her party’s decision to highlight her international status by boasting her good relations with Putin — among others — may have robbed her of the chance to make it to the top of the Élysée.

The photograph of the two was taken in 2017 when Ms Le Pen travelled to Moscow ahead of the last election.

In October 2014, her Rassemblement National (RN) party, then called the Front National, borrowed €9m from a Russian bank to finance its election campaigns.

David Rachline, the RN vice-president, told BFMTV: “We are not going to deny our position on international politics.

“In 2017, we had to work with Russia to combat Islamic state … no major issue can have a lasting solution without the cooperation of at least the security council.”

Mr Macron’s approach to the Russia row in the run-up to the Kremlin’s orders to launch a full-scale attack on Ukraine was criticised by analysts who described his engagement as an act of arrogance.

Amid a storm of diplomatic efforts to avert war in Eastern Europe, with the US heavily invested, too, Mr Macron in early February said he believed he could deliver “a historic solution” to the Ukraine crisis.

Prof Shields, speaking to Express.co.uk of what followed, slammed Mr Macron’s “belief in his own powers of seduction to overcome adverse odds”.

But despite not finding a “historic solution”, Mr Macron’s handling of issues has still been significant, said Prof Bruter, who leads the ECREP initiative in Electoral Psychology at LSE.

He told Express.co.uk that “at this stage”, considering all trust in Putin has been lost, “it will more be a case of showing that Macron can be a leader when it comes to unifying the Western response and coordinating sanctions”.

He added: “In general, there is no doubt that Macron has a more influential position within the international scene than any of his recent predecessors – so there is some chance that this effort may be successful too.”

While foreign affairs do “not tend to bring many rewards on the domestic arena”, Mr Macron is “a relatively clear favourite to win the election”, Prof Bruter said.

Although his focus has been on the Russian attack on Ukraine, “he has also managed to successfully occupy the centre-ground of French politics”, be it with labour reforms, tax cuts or a relatively successful journey through the worst of the coronavirus pandemic.

And that, the professor claimed, is “leaving very little wiggle room for his centre-left and centre-right opponents who consequently lag behind in the polls”.

Despite hiccups throughout Mr Macron’s term — for instance, his failure in tackling crime, immigration or Islamism — a poll published on Tuesday shows the president holding onto his well-established lead with a 25 percent of voting intentions for the election’s first round on April 20.

According to the Elabe survey, Ms Le Pen, with a 17 percent vote, is running closest behind him, followed by Mr Zemmour at 14 percent.