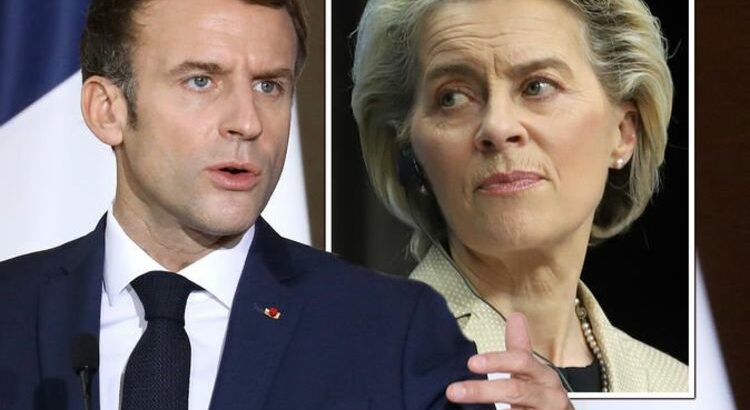 French Senator Alain Cadec published a report on the impact of the Brexit deal on the fishing industry in France and warned “we must continue to fight”. His intervention comes as a dispute continues to rage between London and Paris over fishing licences for EU vessels, while Mr Cadec insists further battles lay ahead.

In his report released on Wednesday, the 68-year-old accused the UK of acting in “bad faith”.

He also hit out at the “passivity” of the European Commission.

Prior to the publication of the report, the UK had already approved more than 1,000 permits to allow French vessels to operate in British waters.

Mr Cadec has insisted there is set to be another showdown in five years’ time when the transition period comes to an end.

Under the Trade and Co-Operation Agreement (TCA), EU fishing quotas will be reduced by 25 percent by 2026.

It is estimated UK boats will have access to an extra £145million of fishing quota each year.

At the end of the five year adjustment period, there will be annual talks to set catch limits and, theoretically, the UK could decide to completely withdraw access.

Such a scenario is unlikely as the EU could then block trawlers from exporting fish to the European market.

The report by Mr Cadec warns about “the uncertainty which remains as to the model which will be chosen by the British for the management of stocks in their waters after 2026”.

The report then calls on the EU to secure further reassurances from the UK in future talks.

It emphasises and agreement needs to be reached “at European level to impose on the British the principle of multiannual negotiations for fishing quotas after 2026, as exists with other third countries”.

It is estimated the fishing sector supports 100,000 jobs in France and creates €1.2billion in turnover.

On Friday, Clement Beaune, France’s Minister for European Affairs, confirmed French fishermen had obtained 93 percent of the licences it has applied for.

Mr Beaune insisted Paris would now seek the assistance of the European Commission to get the rest of the licences approved.

He said: “The next step will be to ask the Commission in the coming days to convene the Partnership Council as provided for under the Brexit trade deal to settle a problem.”

The 40-year-old added: “We will ask the Commission in the coming days to start litigation to obtain the licences we are entitled to.”

The UK Government said licences would continue to be issued to those who can provide historical evidence of fishing in British waters.

A spokesperson said: “Our approach to licensing has been reasonable and entirely in line with the TCA.

“We have licensed vessels where sufficient evidence has been provided to demonstrate they qualify for access under the TCA.

“Where that evidence has not been provided, licences have not been issued.”