PARIS (Reuters) – Thousands of protesters took to the streets of French cities on Saturday in the fifth weekend of demonstrations against Emmanuel Macron’s government, ignoring calls to hold off after a gun attack in Strasbourg this week.

In Paris, police were out in force to contain outbursts of violence. But the demonstrations were noticeably smaller than in previous weeks, possibly a response to the Strasbourg attack or to the cold, rainy weather.

Police fired water cannon and teargas in the afternoon to disperse groups of protesters in sporadic, brief clashes with riot police on the Champs-Elysees and adjacent streets.

Topless feminist activists braved the cold to face off with security forces, a few meters away from the Elysee Palace, the president’s residence.

And French media showed footage of clashes between police and protesters in Nantes, western France, and further south in Bordeaux and Toulouse.

The ‘yellow vest’ movement started in mid-November with protests at junctions and roundabouts against fuel tax increases, but quickly became a wider mobilization against Macron’s economic policies.

Successive weekends of protests in Paris have lead to vandalism and violent clashes with security forces. Despite the protests, several major stores, such as the Galeries Lafayette, opened to lure in Christmas shoppers.

Loic Bollay, 44, marching on the Champs-Elysees in a yellow vest, said the protests were more subdued but the movement would go on until the demonstrators’ grievances were addressed.

“Since the Strasbourg attack, it is calmer, but I think next Saturday and the following Saturdays…it will come back.”

The Interior Minister said around 69,000 police were active on Saturday with a reinforced presence in Toulouse, Bordeaux and Saint-Etienne.

In Paris, some 4,000 protesters marched in splintered groups in several neighborhoods, and at least 168 were arrested, a Paris police official said.

On Friday, President Macron called for a return to calm in France after nearly a month of protests by the so-called ‘yellow vest’ movement against his government’s policies. The demonstrations have hit growth and caused widespread disruption. 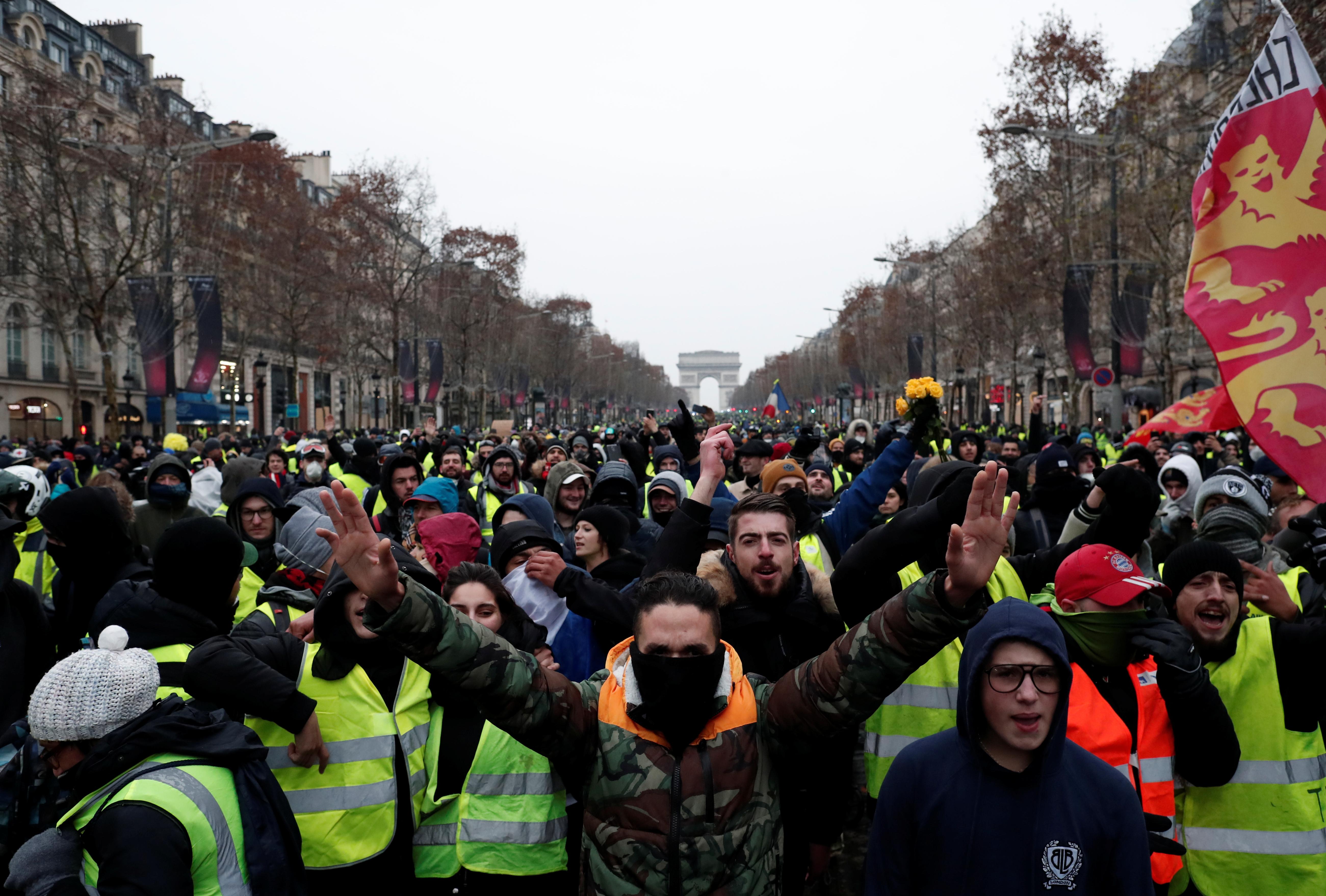 “France needs calm, order and a return to normal,” Macron said, after a meeting of European Union leaders in Brussels.

In a televised address on Monday, Macron announced wage rises for the poorest workers and tax cuts for pensioners in further concessions meant to end the movement, but many said they would maintain pressure.

The government, as well as several unions and opposition politicians had called on protesters to stay off the streets, after four people were killed in a gun attack at a Christmas market in the historic city of Strasbourg.