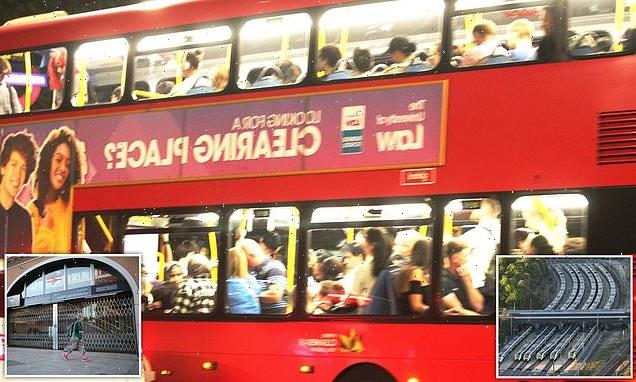 There is fresh woe for rail passengers again this morning as tens of thousands of train workers go on strike again in the long-running dispute over pay, jobs and conditions.

Members of the Rail, Maritime and Transport union (RMT), the Transport Salaried Staffs Association (TSSA) and Unite are walking out for 24 hours, affecting Network Rail and a number of train companies across the country.

Transport Secretary Grant Shapps blasted union bosses this morning, who he said are ‘hell-bent on causing as much misery as possible’.

Sunday morning train services will be affected by the knock-on effect of Saturday’s action.

Only around one in five trains will run today, with some areas having no services all day, as the unions stage their second stoppage in three days.

Football and cricket fans, tourists and holidaymakers will be among those affected by the disruption. 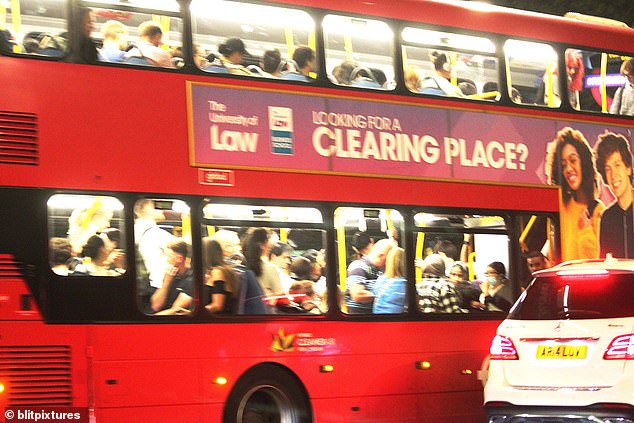 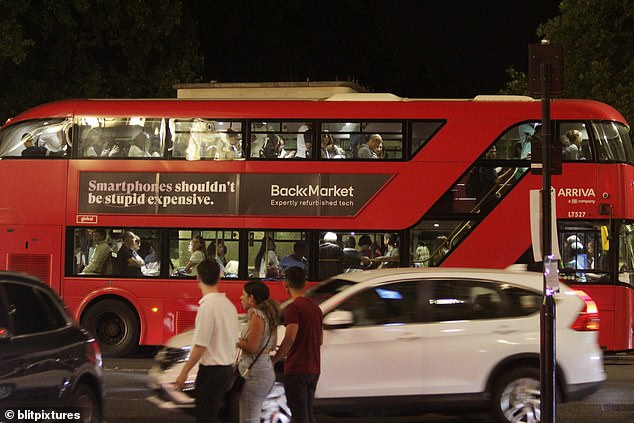 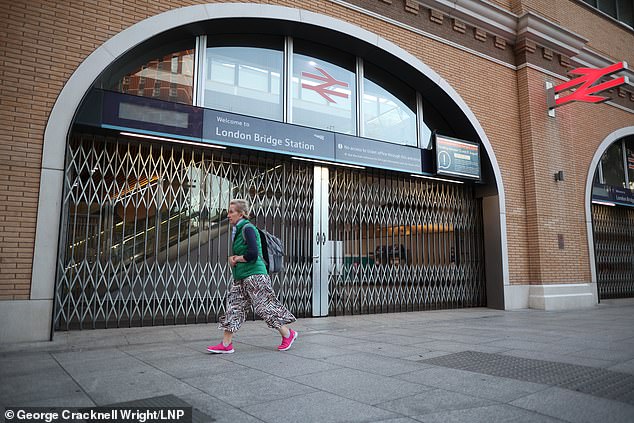 The sides are as far apart as ever in resolving the row despite months of talks aimed at breaking the deadlock, with increasing union anger at the refusal of Mr Shapps to get involved in negotiations.

It is the 11th day of strike action on the rail and underground network, and follows a walkout on Friday by tube workers and some bus drivers in the capital in separate disputes, which caused travel chaos.

RMT general secretary Mick Lynch said: ‘RMT will continue to negotiate in good faith but we cannot tolerate being bullied or hoodwinked into accepting a raw deal for our members.

‘The Government need to stop their interference in these disputes so the employers can come to a negotiated settlement with us.’

The union is seeking guarantees of no compulsory redundancies, a pay rise in line with the cost of living, and promises of no unilateral alterations to job terms and conditions.

Mr Shapps said: ‘It’s clear, from their co-ordinated approach, that the unions are hell-bent on causing as much misery as possible to the very same taxpayers who stumped up £600 per household to ensure not a single rail worker lost their job during the pandemic.

‘Sadly, union chiefs have short memories and will be repaying this act of good faith by ruining millions of hard-working people’s summer plans.’

The rail unions reacted furiously to a warning by the Transport Secretary that changes employers are seeking, which are at the heart of the current train strikes, could be imposed.

Mr Shapps said he would have to enact legislation referred to as a ‘section 188’ to force through some of the measures.

He told Sky News on Friday: ‘What I do know and I can say for sure is if we can’t get this settled in the way that we are proposing, which is, ‘Please put the deal to your membership’, then we will have to move to what is called a section 188; it is a process of actually requiring these changes to go into place so it becomes mandated.

‘That is the direction that this is moving in now.’

The TSSA accused the Transport Secretary of ‘advocating fire and rehire’ tactics.

The union said Section 188 of the Trade Union and Labour Relations Act is a duty requiring employers to consult trade union representatives, but is not a mechanism for imposing unilateral change.

Such notice for compulsory redundancies has already been issued by Network Rail with its proposal to cut up to 1,900 jobs from the industry, said the TSSA, adding that it was not ‘reform’ but ‘cuts’.

‘Many of the changes being proposed require big changes to people’s contracts of employment including rosters, more night shifts and working practices. These require agreement between unions and the employer. This is another reason we are on strike,’ said a spokesman.

‘Grant Shapps has not attended any talks with trade unions during the months-long dispute, despite repeated calls for him to come to the table or allow employers to negotiate freely without his and his department’s interference.’ 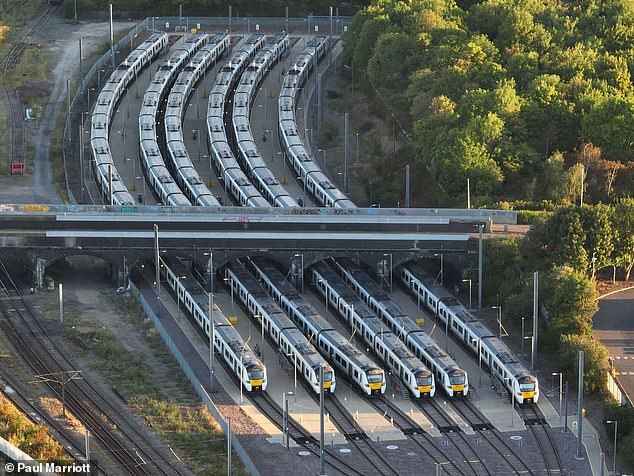 Trains lined up in sidings in Peterborough today, as another nationwide rail strike has been called by the RMT and TSSA unions, with only 20 percent of trains expected to run

Manuel Cortes, TSSA general secretary, said: ‘This is yet more desperate stuff from Shapps intended to distract from the real issues in the rail dispute. He’s now actively advocating fire and rehire.

‘Grant Shapps is touring TV studios spouting anti-worker nonsense when it’s actually within his gift as Transport Secretary to resolve this dispute.

‘At every turn his actions ramp up the dispute and make it harder to get a resolution. It seems clear that he wants negotiations to fail. Any responsible government or employer would understand the devastating impact of their policies on the railway workforce and seek to negotiate with their Unions to find a fair and just way forward.

‘Tightening the screw on trade unions won’t resolve the Tory cost-of-living crisis and the desperate calls from people across our country for a pay rise after years of pay freezes.’

Mick Lynch said: ‘Mr Shapps has no authority to issue Section 188 notifications as he is not the legal employer but now seems intent on forcing through fire and re-hire on rail workers despite previously claiming that he had nothing to do with negotiations between the employers and the unions.

‘Despite his denials Mr Shapps has clearly been dictating how the train companies should conduct negotiations with RMT and now he’s ordering them to fire and re-hire workers.

‘The minister also appears to be increasingly desperate and out-of-touch, making wild claims about train services between London and Manchester without having a clue what is actually happening.

‘Instead of threatening to cut thousands of safety critical jobs, introducing driver-only trains, closing ticket offices, bailing out the private rail companies as well as bringing in more anti-union laws, the Government and the employers should enter meaningful negotiations with RMT.’