A friendly sea lion has been filmed climbing over a gate and clambering up steps for a swim in a hotel pool in the Galápagos Islands.

The cheeky animal wandered away from the Academy Bay and joined a safari expedition group who were finishing a meal at a hotel in Puerto Ayora, Santa Cruz Island, in the Galápagos Islands, Ecuador.

In the bizarre clip, the sea mammal is seen struggling to climb over barriers and flops on to a cobbled path. 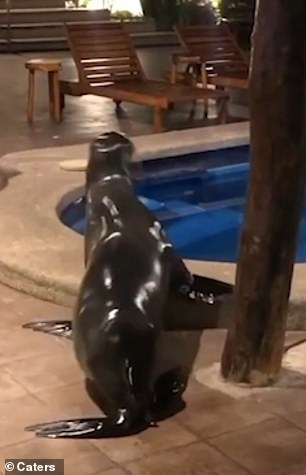 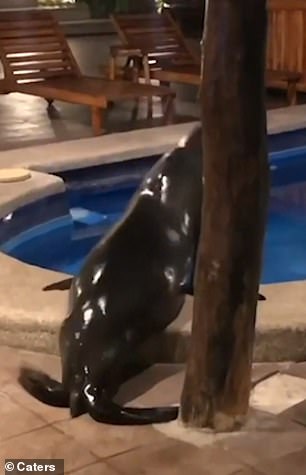 A Galapagos Seal wandered away from Academy Bay and into a hotel in Puerto Ayora, Santa Cruz Island, in the Galápagos Islands, Ecuador, for a swim

Its back flippers hover in the air while the animal tries to readjust to land, in the clip posted on November 7.

The cameraman moves closer and is heard commenting on the animal wearing a tag.

Moments later, the seal sits upright and waddles up the steps as crowds can be heard laughing in the background.

It then pushes itself on to the final step and drags itself towards the swimming pool. 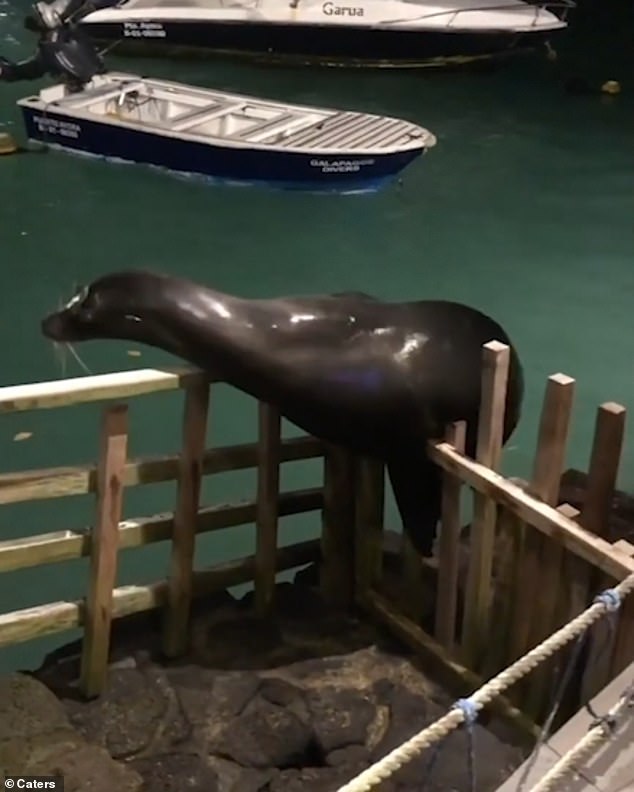 The sea lion clambers over a gate and steps to reach the swimming pool. This species of sea mamal can dive to depths of almost 600m and can stay underwater for ten minutes, according to Academy Bay Diving

Without hesitation, the mammal nose-dives into the luminous blue water.

With a brief splash the seal glides across the length of the pool and its head pops above the water at the other end.

The animal waves its nose in the air as though the swim was much needed and appears right at home. 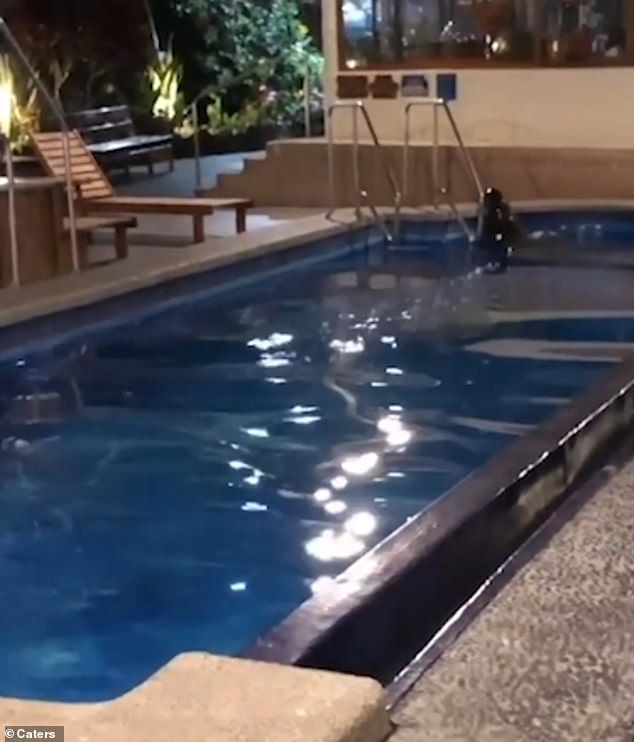 Blissful: The sea lion glides underwater before popping his head above the pool’s surface at the other end

The lonely animal had travelled from Academy Bay – the harbour of the Galápagos Islands and on the border of Puerto Ayora.

The Galápagos Islands have more than 200 animal species including the Galápagos flamingo, penguins, Darwin’s Finches and marine iguanas.

Galápagos sea lions can dive to depths of almost 600 yards and can stay underwater for ten minutes, according to Academy Bay Diving.

They are extremely playful and their sound is similar to a dog’s bark.

The species of seal is found either in the Galápagos or Isla de la Plata, which is about 25 miles off the coast of Ecuador. 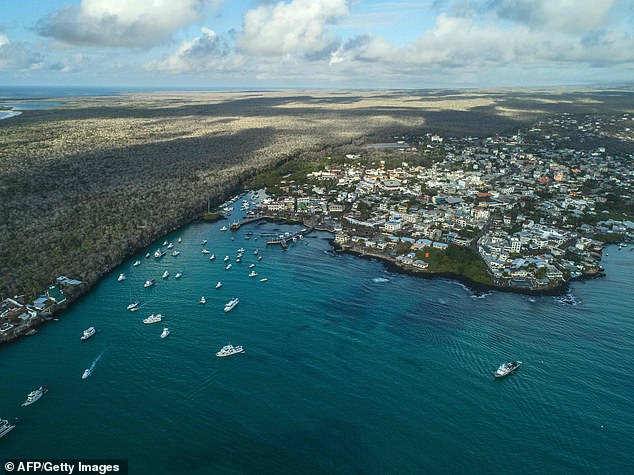 The Scifari Expeditions were having a meal a hotel in Puerto Ayora, Santa Cruz Island, in the Galápagos Islands, Ecuador (pictured in January 2018), when they encountered the seal approaching the hotel pool