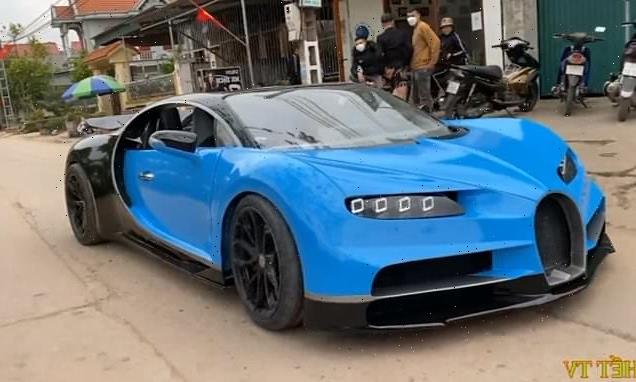 A team of car enthusiasts turned their dream into a reality by building their very own Bugatti supercar in their back garden.

Footage charts how the group of friends from Vietnam carefully constructed the steel frame for their homemade Bugatti Chiron, which sells for around £2.5 million new, before moulding the outline with a layer of clay.

Over the course of 365 days, the group of ceramicists and engineers tirelessly set to work, covering the clay in a fibreglass material to create the bodywork and interior, fitting features including a LED light system, and installing an engine before taking to the road in their swish new replica. 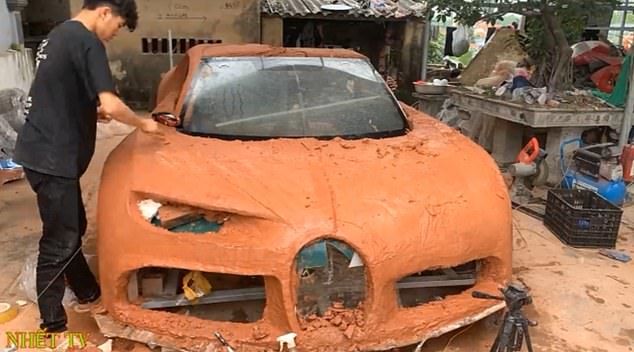 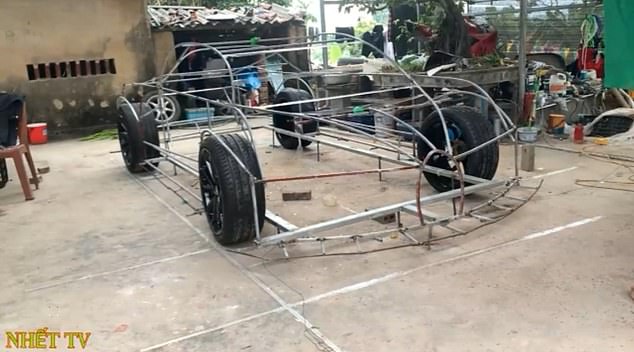 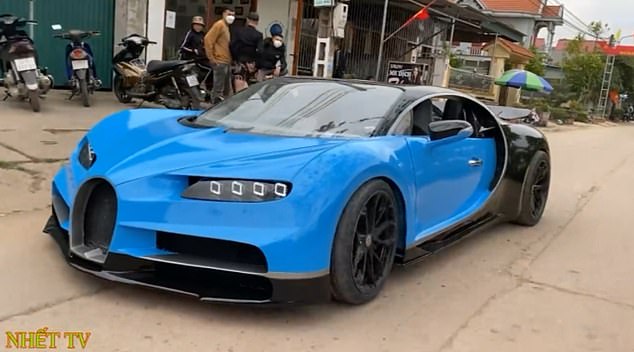 The group, who used clay to mould the car, test the Bugatti Chiron on the streets of Vietnam 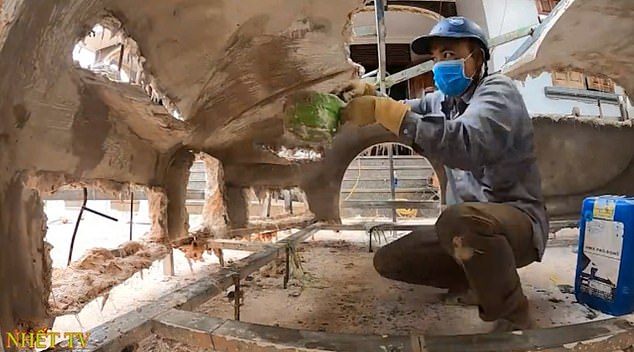 During the clip, the talented group of friends, who run the YouTube channel NHET TV, delicately mould the supercar out of clay.

They then apply a mud-like fibreglass material over the clay before removing all the clay from the inside.

As the car begins to take shape, the car enthusiasts craft a steel spaceframe chassis with a small engine to power the car and test it out on the local roads.

The group, who worked from the confines of their back garden, then carefully complete the steel framework and add an LED light system as the months pass by.

They then craft the seats and the inside features of the car before adding the vehicle’s tyres.

After months of painstaking attention to detail, the group spray paint the car in a combination of black and blue paint, matching the Chiron’s traditional launch colours. 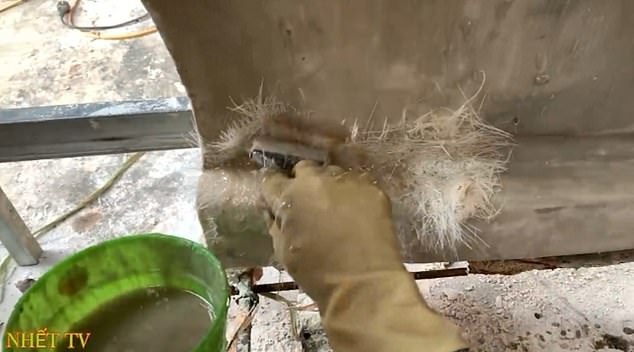 The talented group of friends, who run the YouTube channel NHET TV, apply a mud-like fibreglass material over the clay 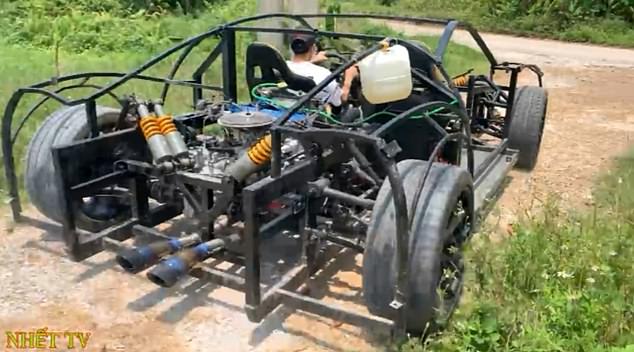 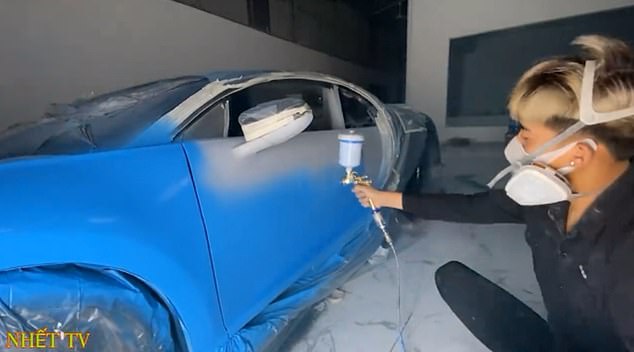 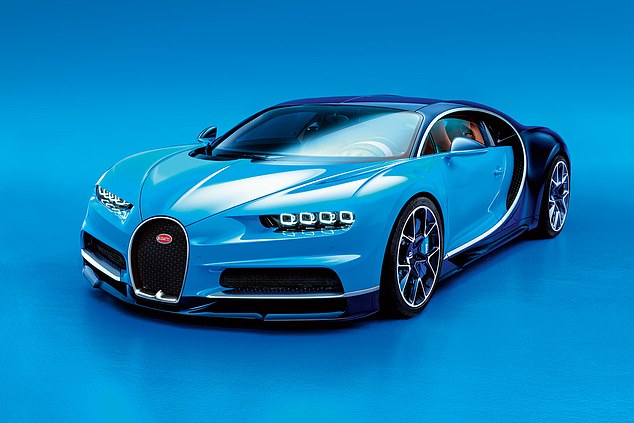 The group later took to YouTube to write: ‘We spent one year building this car. Realising our dream of owning a Bugatti Chiron supercar in our way, guys who don’t have a lot of money.

‘This is a video that summarises the process.

‘There will be upgrades for the car in the near future. Hope we get your support around the world, we will try more.

‘We are poor rural boys with big dreams.’

The video has certainly impressed viewers online, with more than 7 million views and a flurry of positive comments.

The supercar is named after the Monégasque racing driver Louis Chiron and has a top speed of 261mph.

After completing the masterpiece Mr Robillard said he had hopes the vehicle would one day go on display in an art gallery.