Sightings of frogs and toads have fallen due to a declining number of garden ponds.

The amphibians are the most commonly reported wild visitors to gardens apart from birds.

But a national survey has found toads are now seen monthly in 20 per cent of gardens, compared with 28 per cent in 2014. 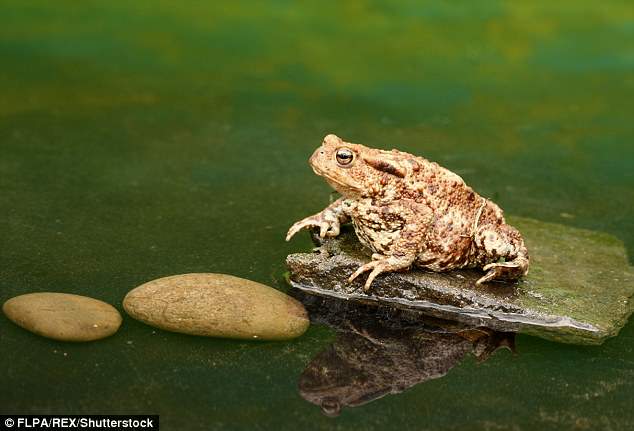 Above: a Common Toad (Bufo bufo) is becoming a less common sight in gardens

For frogs, the same figure was down from 46 per cent in 2014 to 39 per cent, according to the RSPB’s annual wildlife survey, which also collected data on other wildlife sightings.

Frogs and toads live on land, but need water in which to lay their eggs. Their tadpoles develop in water and use gills to breathe.

Kathy Wormald, of amphibian and reptile charity Froglife, said the animals were losing habitat because of development. 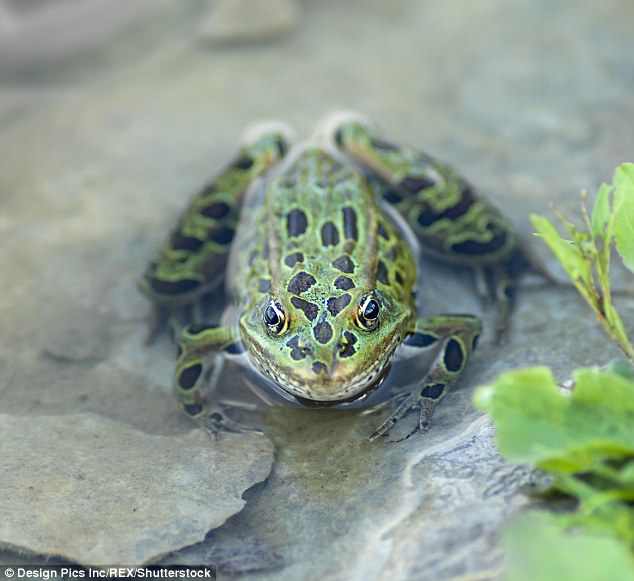 However, a bigger problem was the fact that more households pave over their gardens or don’t think the garden is big enough for a pond.

She added: ‘People do not have ponds because they wrongly believe they require a lot of maintenance or their space is not big enough.

‘But a frog would be happy in something as small as an upturned bin lid filled with water.

The findings were based on the results of a survey involving tens of thousands of households.

The RSPB is urging people to get outside and create simple ponds and pools in their outdoor spaces this summer.

Dr Daniel Hayhow said: ‘Most people remember seeing tadpoles at the local pond or a toad emerging from under a rock while they were growing up – these first experiences with nature stay with us forever.

‘Unfortunately, the sights and sounds of wildlife that were once common to us are sadly becoming more mysterious.

‘There are lots of simple things we can all do in our outdoor spaces to make them perfect for wildlife.

‘Frogs and toads are amphibious creatures, meaning that they need a source of water close to their homes to survive.

‘Creating a small pond in your garden, or a pool using a washing-up bowl, is so simple to do and could make all the difference.’

Dr Karen Haysom, from wildlife charity Amphibian and Reptile Conservation, said: ‘Frogs and toads face many pressures including the loss of habitat like ponds. 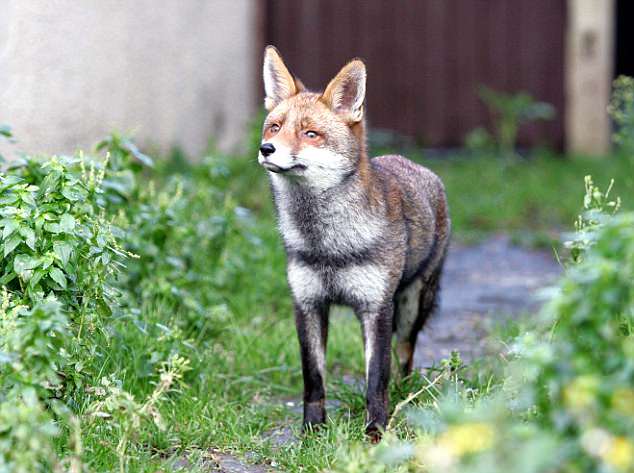 Foxes also continue to be commonly seen in gardens, spotted in almost three-quarters (72%) of outdoor spaces by people taking part in the survey

‘Helping these fascinating creatures by making wildlife habitat in your garden, or taking part in species recording and monitoring schemes so we understand how nature is faring, is fun and can make a difference.’

Other results about wildlife reported as part of the Big Garden Birdwatch survey show an increase in sightings of hedgehogs compared with last year – seen in almost two-thirds of gardens at least once in the year.

Foxes also continue to be commonly seen in gardens, spotted in almost three-quarters (72%) of outdoor spaces by people taking part in the survey.