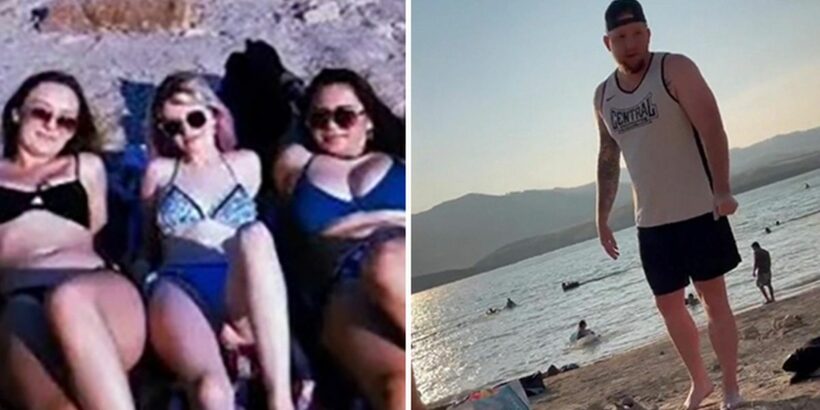 Footage of a Christian man telling women wearing bikinis at the beach to "cover up" their bodies and wear a "one-piece" swimsuit has gone viral on TikTok.

In the clip, uploaded by a woman called Mia via her @ggarbagefairy account, she and her eight female friends are relaxing at a beach next to a reservoir in Colorado, US.

A man named Logan Dorn – who later gave his side of events – approaches the sunbathing women, who are all aged 18, and says: "Why do you dress this way?

"That’s a thong and that’s a bra, take young guys into consideration, they don’t need to see pornography right in front of their eyes."

One of the women retorts: "We are not coming up to you bothering you. Please leave us alone, kindly.

"I’m at the beach in my bathing suit."

Logan says he has "freedom of speech" and tells the women if "men of God" don’t speak out then "society will go down the drain".

The women inform him that they are atheists, and he says that it doesn't mean they ought to "show their bodies off".

He then implied they were wearing the bikinis to attract the male gaze.

One woman tells him to "f*** off" and another jokingly asks what, in his opinion, they ought to be wearing, and he says a "one-piece" swimsuit.

Talking about the incident later in her TikTok video, Mia says: "None of them were thong bikinis, and even if they were it would not have mattered.

"There were a lot of other people wearing the same stuff, it was a public beach.

"We were the only ones that were just a female group. That is why he approached us, the fragile masculinity."

Logan, who is also on TikTok as @loganvandorn, made his own clip in response to the women's viral video.

He says: "I just wanted to share my side of the story about a video that is going viral about me that’s saying I’m harassing women, or berating them or things of that nature.

"I had just come off the water paddle boarding and somebody in my family said 'hey we’ve got to move, there’s some college-aged women here that are showing too much and I don’t want my son or daughter to see these things'.

"Right then and there I felt a righteous anger come over me and also just a boldness by the Holy Spirit to go and confront these ladies and to speak truth that 'what you are wearing is not ok for a nine-year-old boy or a six-year-old boy'.

"The reason being is being introduced to pornography from a young age destroyed me, and in that moment a righteous anger to defend and protect young eyes came over me.

"To clear everything up, I’m not going to apologise, I’m going to continue to stand on the truth and the word of God."