Woman’s body remained at her home in Naples for more than 36 hours, prompting her brother to make plea on social media. 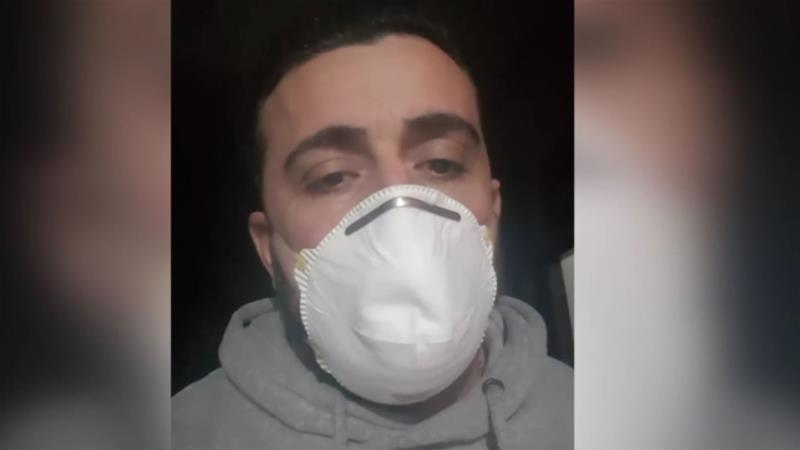 Rome, Italy – The family of a woman who died of coronavirus in the southwestern city of Naples was forced to keep her body at home for more than 36 hours as funeral services refused to transport the body.

Teresa Franzese, 47, suffered from a form of epilepsy but was otherwise in good health. She developed symptoms associated with COVID-19 earlier in the week and died on Saturday evening.

On Sunday afternoon, her brother Luca, an actor who has appeared in the TV series Gomorra, posted a video on Facebook, pleading for help from the authorities, his sister’s body visible on a bed behind him.

She was tested for the virus only after her death, at her brother’s request, and the test has since come back positive.

“I had to force them to come and do the test. I’ve had to put myself in self-isolation. I might have the virus. To keep my sister alive, I tried to give her mouth to mouth resuscitation and no one cared, no one is calling me. We are ruined, Italy has abandoned us,” Franzese said in the video. “But we must give each other strength.”

The woman’s elderly parents and other relatives, including children, were also reportedly in the house with the body. They have since been tested for the virus and are now awaiting results.

“It was the first case in Italy in which a person with the virus dies at home, so there was some confusion on what to do,” Francesco Emilio Borrelli, a local councillor and member of the Regional Health Commission for Campania, told Al Jazeera. “The family [exemplifies] altruism, they are doing everything they can to protect their community, and the community is staying close to them by bringing food.

“Now the big problem is that they have been closed in there for four days, and no one is taking away their trash. It’s getting unhygienic and we don’t know what to do about it. Someone needs to help them.”

According to reports, Teresa was the fourth person to die in Campania, in the south of Italy. There are also 122 confirmed positive cases in the region.

Most cases and deaths have so far been in the country’s north.

“It was surreal,” said Pasquale Pernice, one of the employees of Aprea Funeral Home.

“We used masks, sterile shoes, hazmat suits, glasses, and gloves. Luca and another relative were there, but other family members were all in another room.”

The body was taken to the cemetery and buried. No family members were present.

“If it gets worse, and we have to do it again, we will. It’s our job,” said Pernice.

On Monday, Prime Minister Giuseppe Conte extended a regional lockdown to the entire country, which is struggling to contain the virus.

So far, there are 9,172 confirmed cases and 463 deaths in Italy, the worst-hit country outside China.

Under Conte’s decree, all social events and functions are banned, including funerals.