A FURIOUS neighbour branded a motorist a "selfish pratt" for blocking the postbox in an angry note left on the car's window.

The angry note with the unfortunate misspelling of the word 'prat' was left on a car in Reigate, Surrey and the neighbour accused the driver of stopping the Royal Mail from being able to deliver the post. 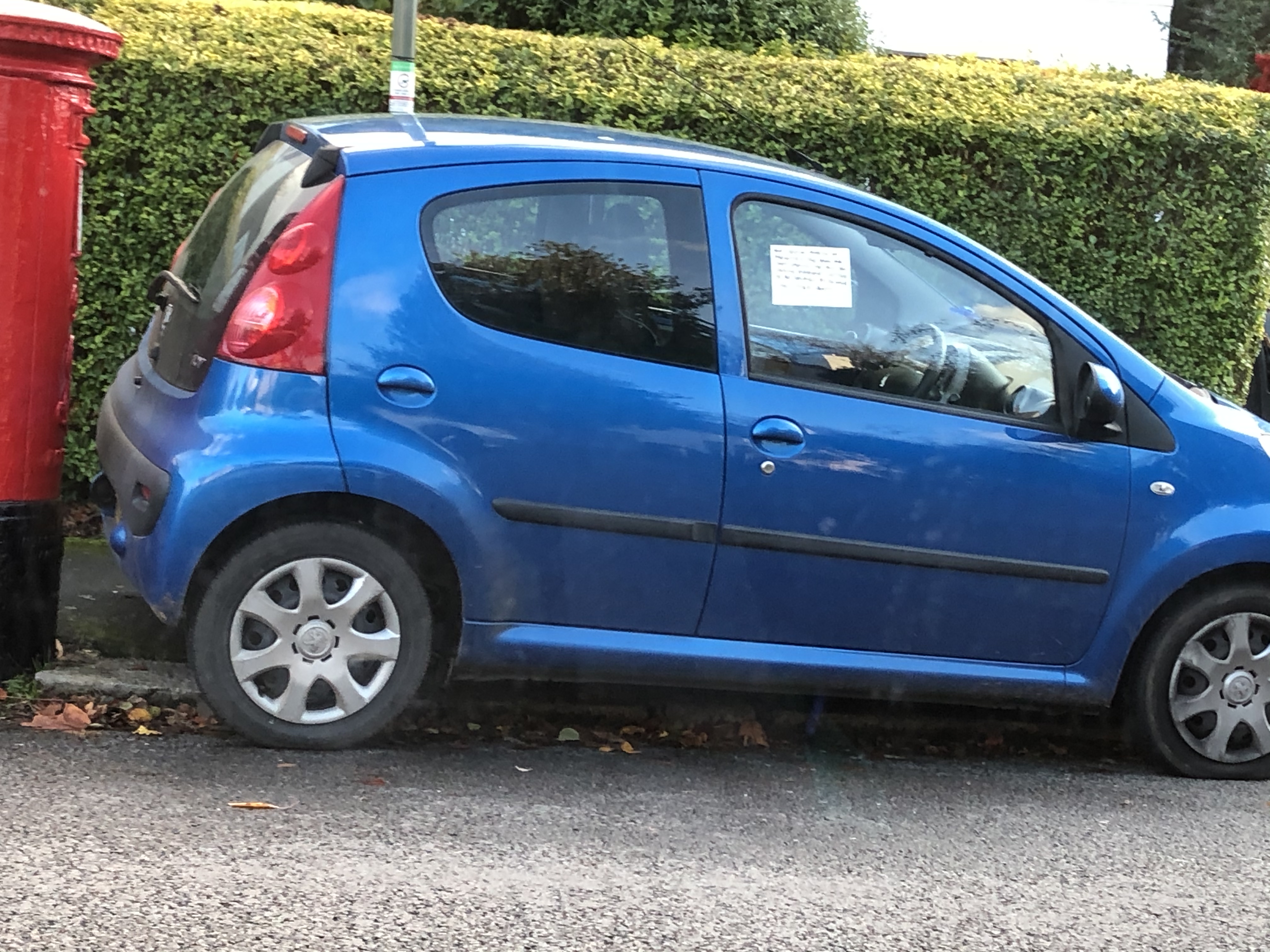 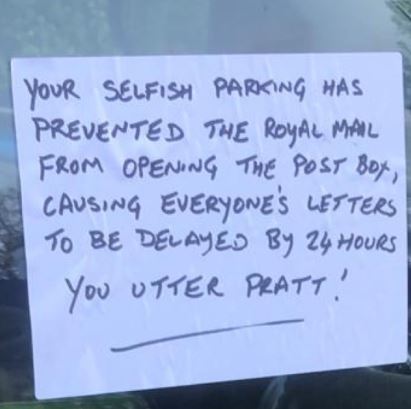 The raging note said: “Your selfish parking has prevented the Royal Mail from opening the post box, causing everyone’s letters to be delayed by 24 hours you utter pratt [sic].”

But a Royal Mail spokesman said: “This note was not left by a Royal Mail worker the driver was in fact able to collect the mail and scan for it. More than likely this note was from a local resident.”

An amused resident spotted the angry note and shared it on social media yesterday.

The angry note has attracted hundreds of comments on Reddit.

One user said: “Why not call in a tow truck instead of a letter?”

The Reigate resident responded: “It doesn’t work like that in England, unless it’s done by the police or local authority, removing a car by private tow truck would be considered theft.

He added: “Sticking strongly worded notes anonymously to vehicles is how we deal with issues like this.”

Another user said: “Why does the mail box even face that way to begin with?” 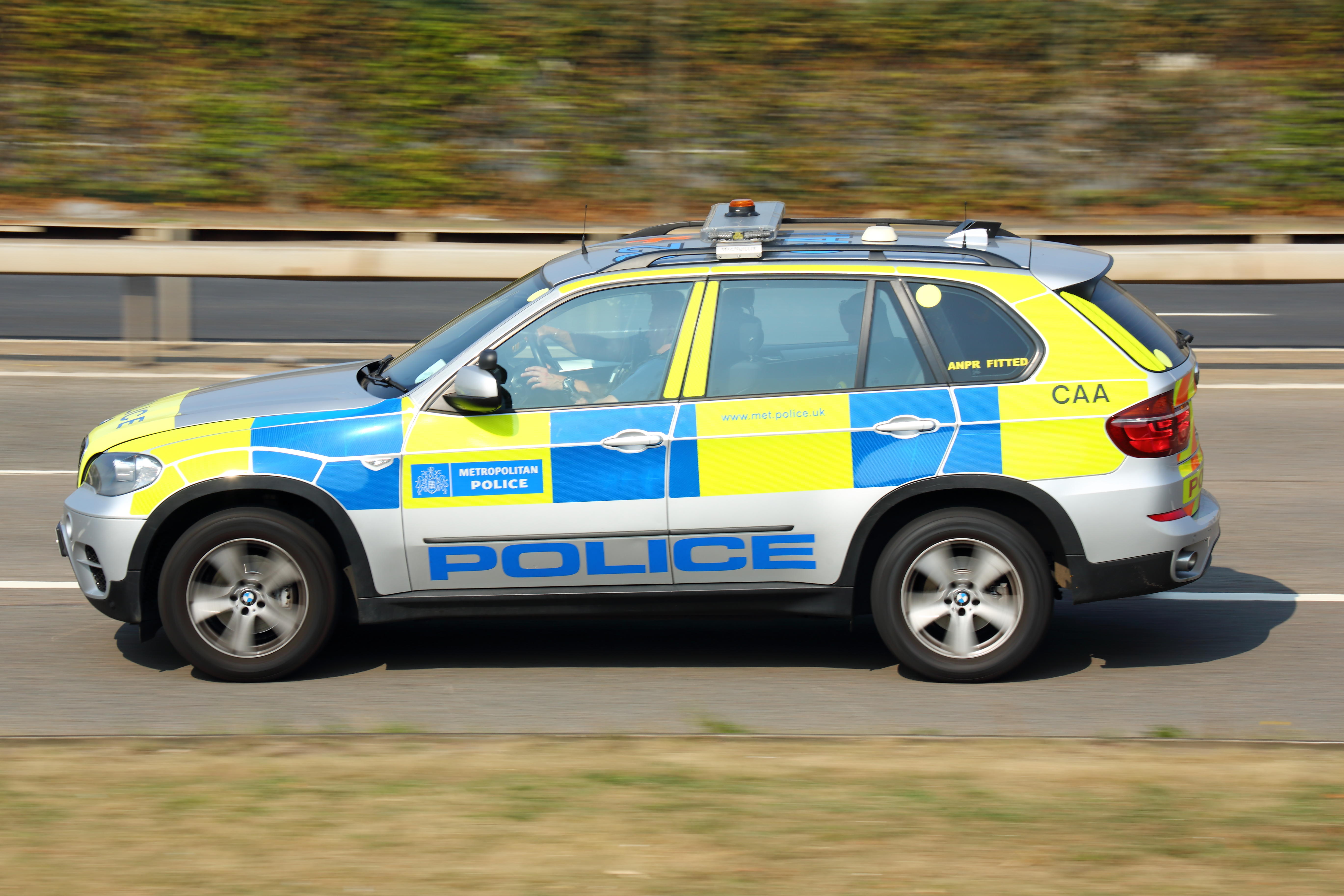 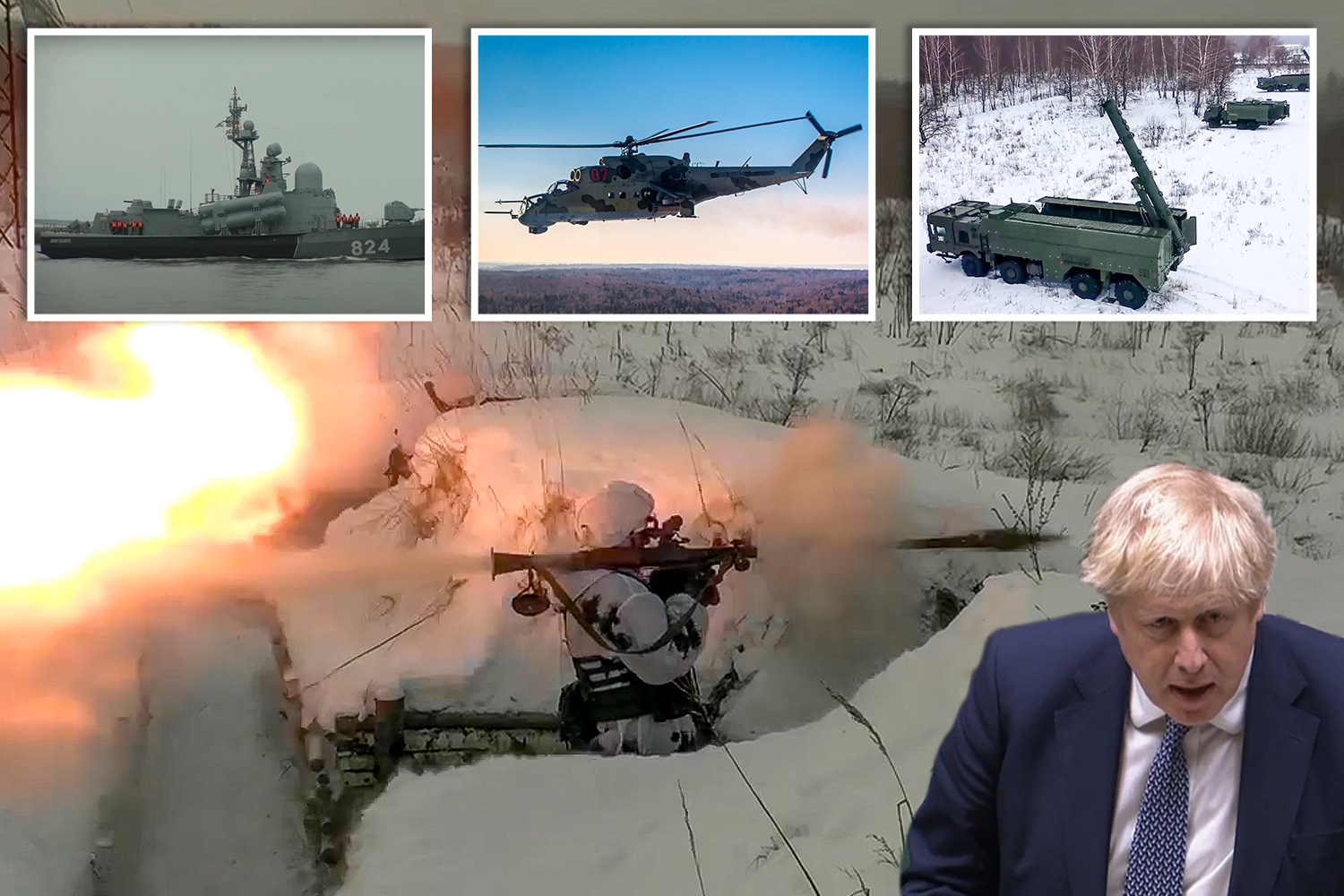 While another said: "I think Pratt is a bit unfair. They didn’t look at it and be like “ who cares if the postman can’t open it”