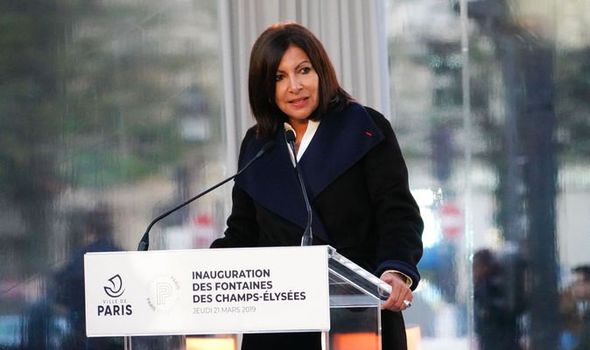 Attacking President Emmanuel Macron’s government of shirking its responsibilities towards “vulnerable” migrants and refugees, leftist official said migrants stranded in Paris were being wooed by drug dealers, who were trying to get “vulnerable” people addicted. “I do not understand why the government is allowing indignity and chaos to prosper on the capital’s doorstep,” Mrs Hidalgo said in a statement, in which she also called for an “emergency plan” to rehouse the thousands of people sleeping rough on Paris’ streets.  “The migrant crisis in north-eastern Paris is becoming more and more alarming,” she warned, before expressing her “cold anger” at the government’s inaction. 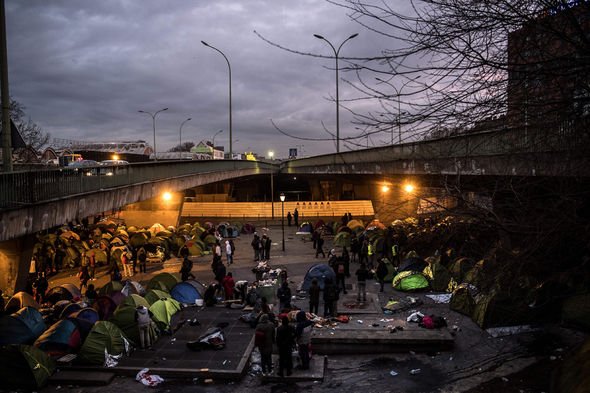 “Between 700 and 1,200 migrants are sleeping rough on the streets – in makeshift camps, under bridges, on ring road embankments … where they are forced to live in inhumane conditions,” Mrs Hidalgo added.

Stressing “hundreds” of new migrants were arriving in Paris each day, she warned the migrant camps would inevitably grow in size and the health situation would “irrecoverably continue to deteriorate” if the government continued to turn a blind eye to the problem.

These people, Mrs Hidalgo insisted, are “waiting” for the Macron’s government’s help.

The Paris mayor said that the already difficult situation was being further complicated by the presence of drug addicts near the Porte de la Chapelle tent camp. 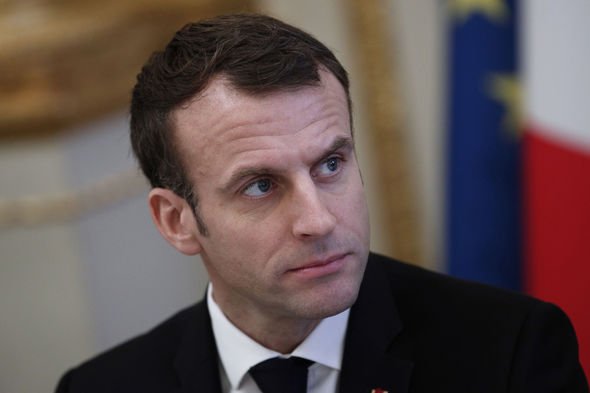 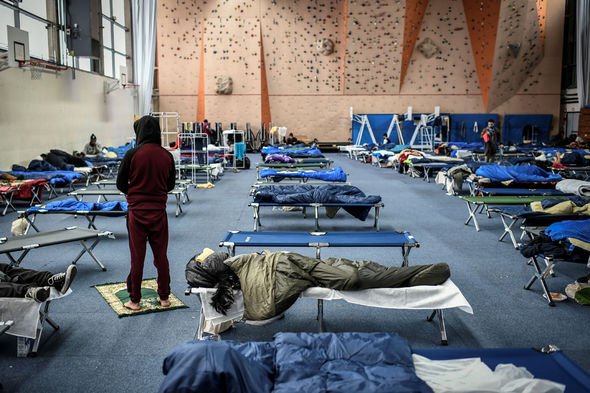 “These dealers are handing out drugs to migrants in order to get them hooked,” Mrs Hidalgo said, before accusing them of deliberately “attacking vulnerable groups”.

France has repeatedly cleared migrant camps in Paris and along its northern coast, but most are quickly rebuilt. The Porte de la Chapelle camp, for example, was cleared by police as recently as January.

The 300 or so refugees, who were mainly from Africa and Afghanistan, were given a medical check and sent to reception centres.

In late October 2016, France demolished a sprawling migrant camp outside the northern port of Calais that served as a launch pad for refugees seeking to enter Britain hidden in trucks, trains and ferries.

The numbers trying to reach Britain increased sharply last year compared with 2017 but remained a tiny fraction of those attempting to reach Europe’s shores by crossing the Mediterranean from northern Africa and Turkey.

Mr Macron, for his part, has repeatedly pledged to be both firm and fair on immigration, which has been a major political issue since hundreds of thousands of people fleeing war and poverty in the Middle East and Africa started moving to Europe.

In August 2018, parliament signed into law a controversial asylum and immigration bill in an effort to limit new arrivals. 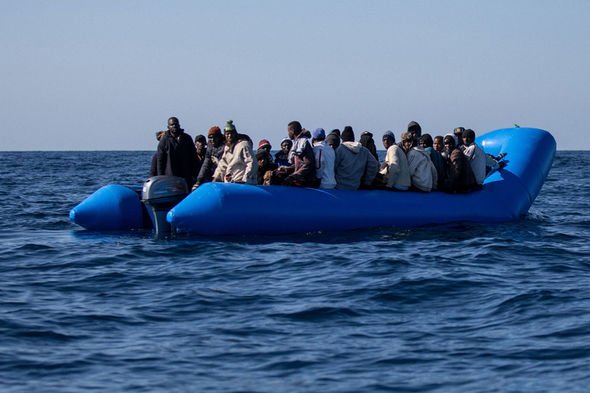 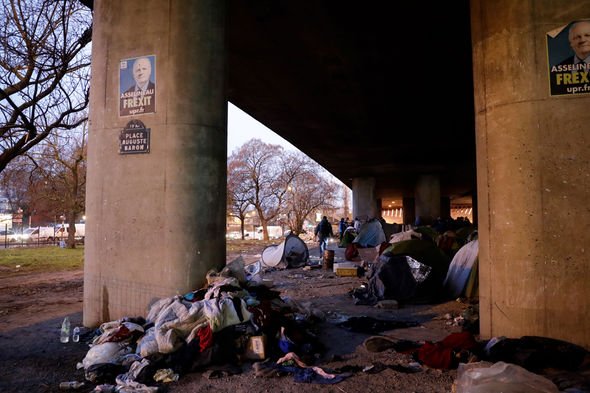 The legislation doubled to 90 days the time in which illegal immigrants can be detained, shortened deadlines to apply for asylum and made the illegal crossing of borders an offence punishable by one year in jail and fines.

But it also made it easier for minors to get asylum and aimed to halve the time it takes for authorities to process any asylum requests.

As elsewhere in Europe, illegal immigration to the bloc has fixated public opinion in the last few years, fuelling the rise of populist, far-right parties such as the French Rassemblement national and the Italian League.