An eBay seller who tried to flog ’embers from the Notre Dame fire’ just hours after the tragedy has prompted fury on social media.

The advert was posted to the auction site on Tuesday following the blaze less than 24 hours earlier that raged through the Notre Dame Cathedral.

eBay removed the advert, which included a generic photograph of a burning log and also had to take down adverts for T-shirts with the slogan ‘Je Suis Notre Dame’ under a policy against items which ‘profit from human tragedy or suffering’.

The auction site also took down a listing which offered ‘a section of timber’ from the remains of Notre Dame Cathedral purportedly recovered after the fire. 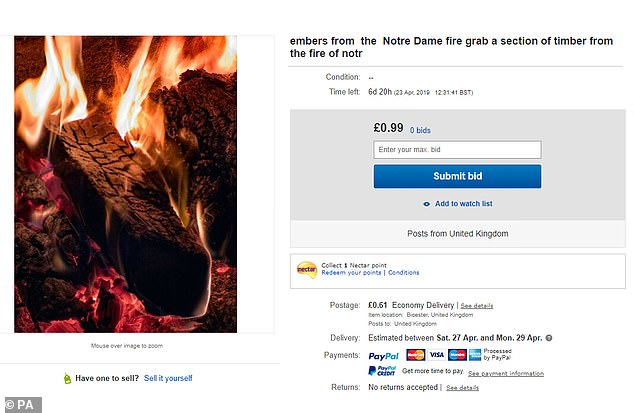 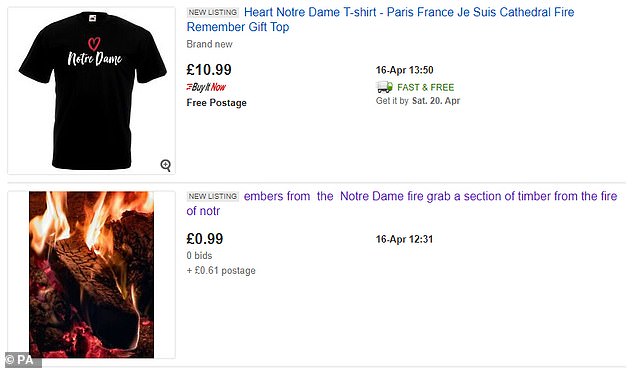 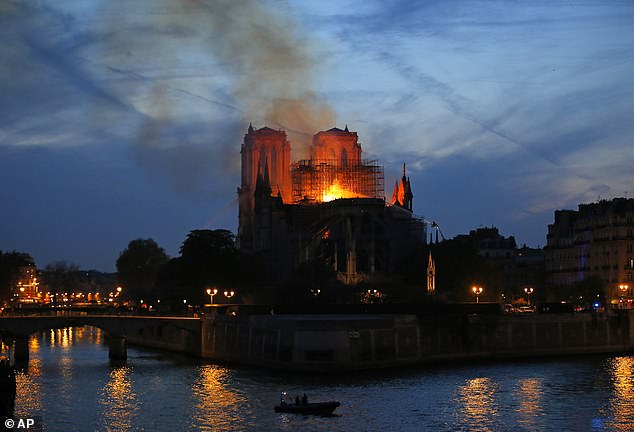 The ghouls exploiting a tragic event for profit were slammed on Twitter, who described the listings as ‘tasteless’ and ‘sick.’

One user said: ‘It is quite outrageous and tasteless that people were attempting to make a buck by selling ‘memorabilia’ of the Notre Dame tragedy on eBay – thankfully they didn’t succeed in this heinous act #NotreDame.’

Another said: ‘How can be so sick to do this, while everyone around the world is coming together to fundraise to help restore this iconic building, some thinks it’s acceptable to mock such a tragedy. I am discussed (sic) and shocked by this.’

T-shirts advertised as ‘Fire Remember Tops’ were also deemed to have breached the company’s disaster and human tragedy policy. 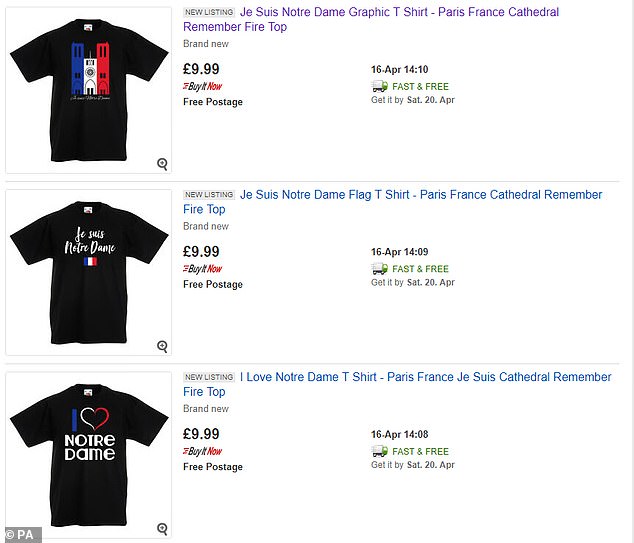 Bidding was started at 99p and the listing said the item would be posted from the UK ‘with Royal Mail 2nd Class Letter’ for a fee of 61p.

An eBay spokesman said: ‘eBay does not tolerate the sale of any item that seeks to profit from human suffering or tragedy and this listing has been removed.’

The company also confirmed that the T-shirts, posted under at least 14 separate listings, were removed under the same policy.

Sellers who post such items are given a warning and repeat offenders can have their accounts suspended.

The company has conducted regular scans for similar items posted following the fire and said it will continue to monitor listings.

The firm’s policy permits items related to natural disasters which have ‘substantial social, artistic, or political value’, according to its website.

‘Charity websites or charity listings set up to benefit the victims of a disaster or tragic event’ are also allowed.

It bans ‘listings and products that graphically portray, glorify or attempt to profit from human tragedy or suffering, or that are insensitive to victims of such events’.