MANCHESTER will stay in Tier 3 Covid measures despite falling cases and the area being trapped under the harshest restrictions since July.

Health Secretary Matt Hancock sparked fury in Manchester today as he announced changes to the coronavirus Tier restrictions list and revealed Manchester would remain under the toughest measures. 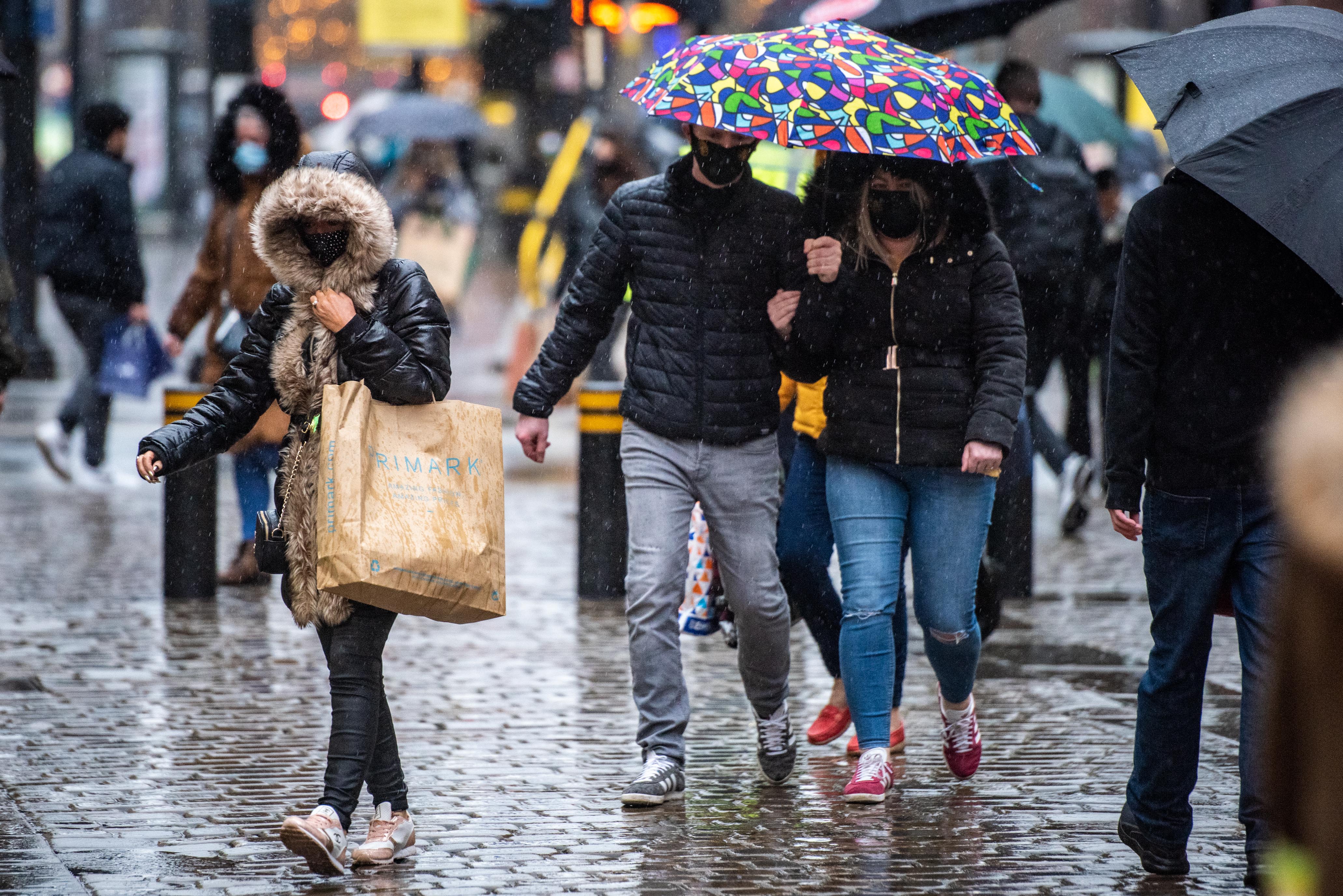 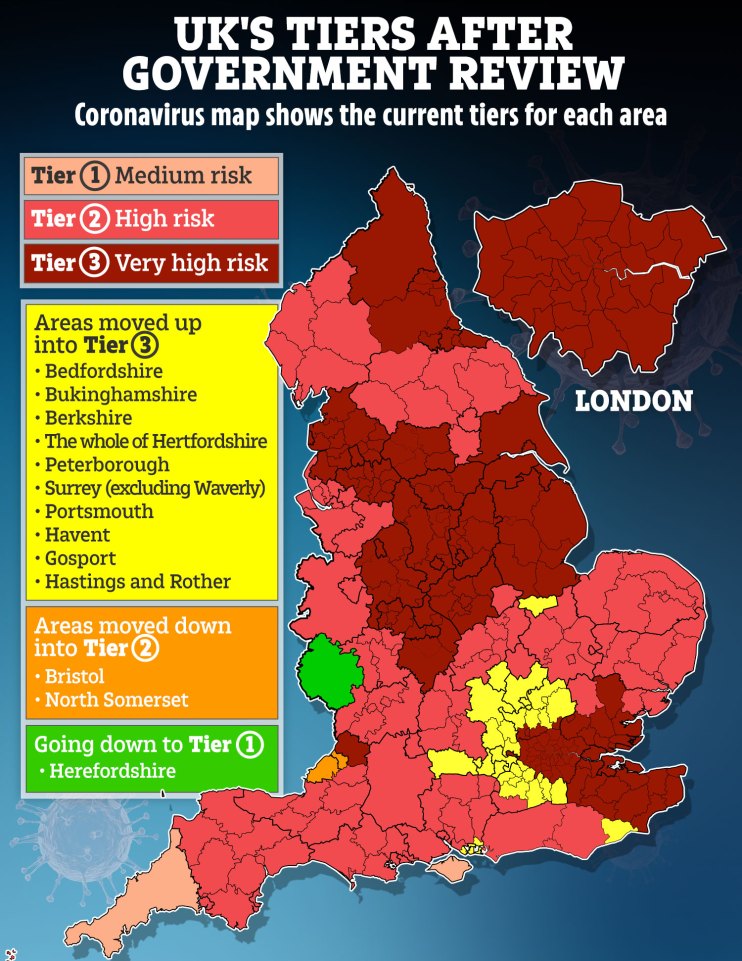 Nearly two thirds of the population will now be under Tier 3 measures in the lead up to Christmas after swathes of the south and east of England were told they would move up a tier following the review.

The only area to move down from Tier 3 to Tier 2 is Bristol and North Somerset.

Manchester was subject to a local lockdown at the end of July and was then placed in the toughest restrictions once the Tier system was introduced.

Nine of the 10 boroughs in Greater Manchester have Covid infection rates that are lower than the average in England.

Daily cases in Manchester have fallen from a peak of 941 on October 1 to 160 yesterday.

Sir Richard later tweeted that the decision to keep Manchester in Tier 3 was "unbelievable".

Sir Graham Brady, Tory MP for Trafford, said the decision to keep Greater Manchester in Tier 3 would be "greeted with dismay".

"We have had severe restrictions for nine months. Where in nine of the 10 boroughs the rates are below the national average," he said to Mr Hancock.

"What exactly do we have to do to be moved out of Tier 3?"

"There continues to be significant pressure on the NHS in the North West, including in Manchester," he said.

"I look forward to working with people right across Manchester to get this sorted."

"Yet again, it doesn't feel like these things are fairly applied," she tweeted.

"No mention of further economic support today. Now even more businesses in Tier 3 and closed, yet cash grants are totally inadequate to see them through these weeks of closure."

Labour MP Andrew Gwynne said keeping Manchester in Tier 3 was "yet another blow for out hospitality".

"It seems we are trapped in this system arbitrarily which was always my worry – and despite our cases dropping, we are now being held back because of the utter mess Government has made of its Christmas relaxation rules," he tweeted.

Greater Manchester Mayor Andy Burnham said keeping Manchester in Tier 3 was a "product of poor decisions during the year".

"It's driven by two things: number one, because cases are rising in London and the South East, they thought 'we're not going to be giving any benefit to the North'," he told the BBC.

"The second part is that they've made a big mix up over Christmas – they backtracked over that.

"Because they gave too much permission over Christmas, they're going tougher on the Tiers."

Mr Burnham had urged the Government to consider the strict restrictions Greater Manchester had been under for nearly five months.

The Health Secretary today revealed a string of areas including Buckinghamshire, Bedfordshire, Peterborough and Surrey would be bumped up into the top level of restrictions.

Schools, shops and gyms can stay open in the top Tier, but restaurants, pubs and indoor activities have to shut down under the harsh restrictions.

Today's changes move around five million more people into Tier 3 at 12.01am on Saturday – facing a near lockdown in all but name.

Around 38million people will be in the highest level of lockdown rules, totaling more than two THIRDS of the population.

678,420 lucky people will get extra freedoms as they move down a Tier.

Mr Hancock gave a gloomy update to the nation as he announced the changes – just a week before Christmas.

He warned: "Everyone has a personal responsibility to play their part.