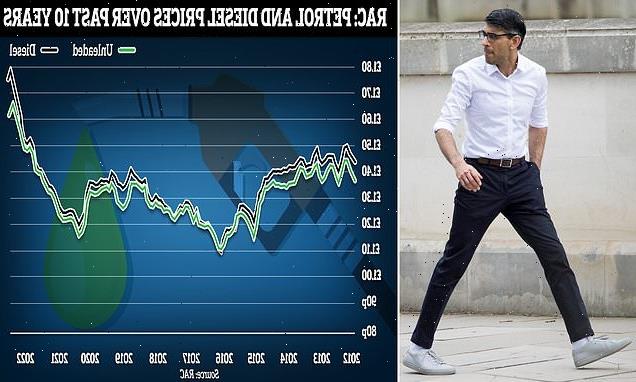 Fury as petrol stations REFUSE to pass on Rishi Sunak’s fuel duty cut as they drop prices by just 3.7p per litre – after the Chancellor slashed it 5p last week

Fuel retailers have been accused of refusing to pass on Chancellor Rishi Sunak’s duty cut in full.

Mr Sunak used his spring statement on March 23 to reduce fuel duty by 5p per litre – worth a saving of 6p per litre due to the impact on VAT.

But the average price of a litre of petrol at UK forecourts has fallen by just 3.7p per litre.

It comes as oil prices tumbled more than $5 on Monday as fears grew over weaker fuel demand in China after Shanghai locked down again to curb Covid case. 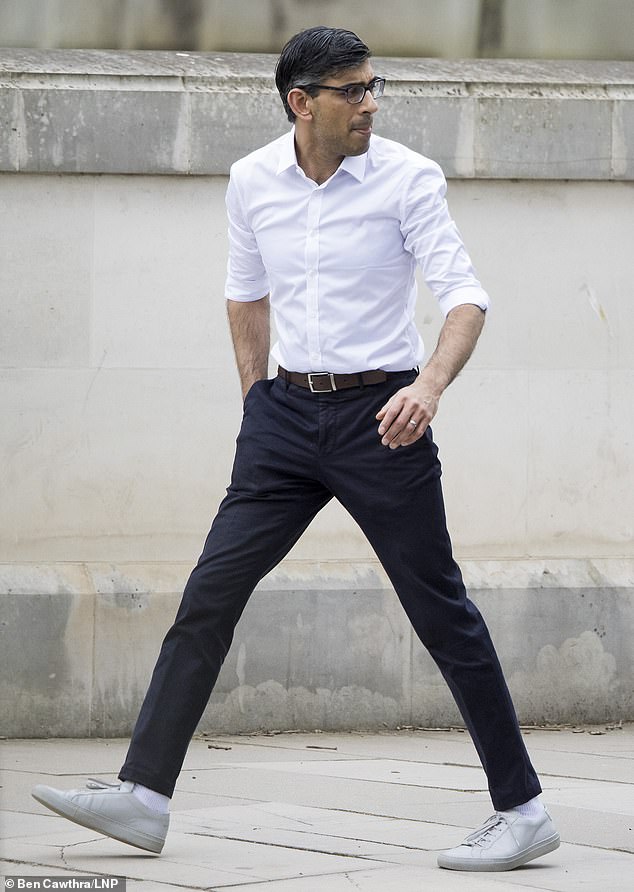 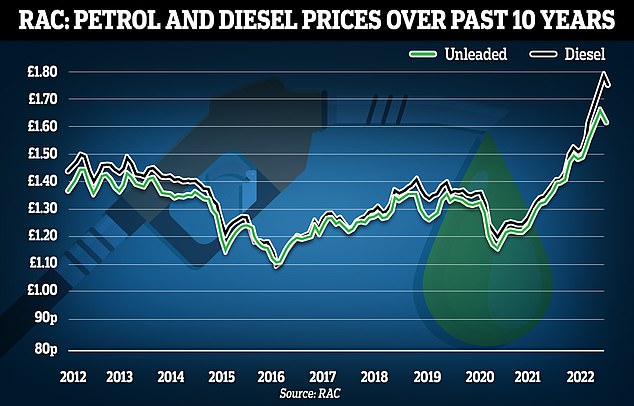 Price of pint is set to soar by Christmas

The price of a pint of beer is set to soar by Christmas as the cost of barley has been pushed up by the war in Ukraine. Around a fifth of the global exports of barley come from Ukraine and prices for the brewing ingredient have surged since Russia’s invasion.

The increase has prompted a warning from Suffolk-based brewer Adnams who has said customers should expect pint prices to go up later this year. Fergus Fitzgerald, of Adnams, told the Sunday Telegraph: ‘When it comes to that next supply, that’s when we will start to see price increases.

‘The price of barley currently is around 30 per cent higher than it would have been this time last year.’ It is the latest blow to British households in the midst of the worst cost of living crisis the country has seen in decades.

Figures from data firm Experian Catalist show the average price per litre of petrol on Sunday was 163.6p, compared with 167.3p on March 22.

AA fuel price spokesman Luke Bosdet said: ‘Why are drivers not surprised that on average a third of the petrol saving has yet to be passed on at the pumps?

‘The fuel trade always disputes the accusation that pump prices shoot up like a rocket and fall like a feather. Now we know the truth.’

Mr Bosdet said the Treasury ‘must have expected more from UK forecourts’ after Mr Sunak’s announcement.

‘As duty is charged on the wholesale cost of fuel, it’s the case that some retailers will be waiting for new deliveries in order to buy fuel in at the cheaper rate – meaning drivers will have to wait to see the benefit at the pumps.

‘What happens to the oil price, and in turn wholesale costs, in the coming days will be crucial.

‘If prices rise, there’s a risk the fuel duty cut will be cancelled out as retailers face higher costs.’ 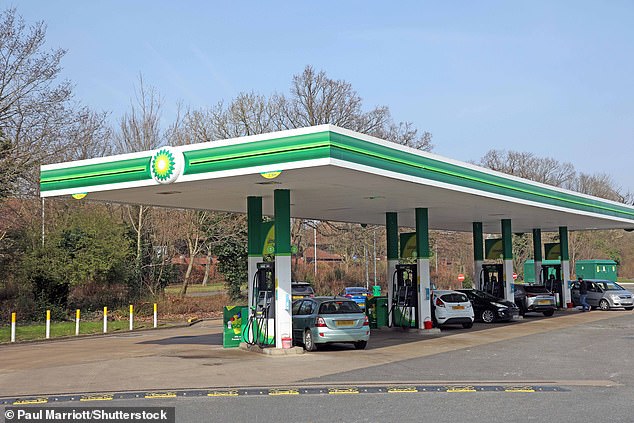 Oil prices tumbled more than $5 on Monday amid fears over the lockdown in the financial hub of Shanghai.

Both benchmark contracts rose 1.4 per cent on Friday, notching their first weekly gains in three weeks, with Brent surging 11.8 per cent and WTI climbing 8.8 per cent.

Shanghai entered a two-stage lockdown of 26million people on Monday in an attempt to curb the further spread of the coronavirus.

Oil demand in China, the largest crude importer globally, is expected to be 800,000 barrels per day softer in April compared with ‘normal’ levels as a result, said Bjarne Schieldrop, chief commodities analyst at SEB bank.

Hopes for reconciliation from peace negotiations between Russia and Ukraine, which could start in Turkey on Tuesday according to the Kremlin, also weighed on prices.

And the bullish reaction to a missile attack by Yemen’s Houthis on a Saudi oil distribution facility had ran its course on Friday, said Kazuhiko Saito, chief analyst at Fujitomi Securities. 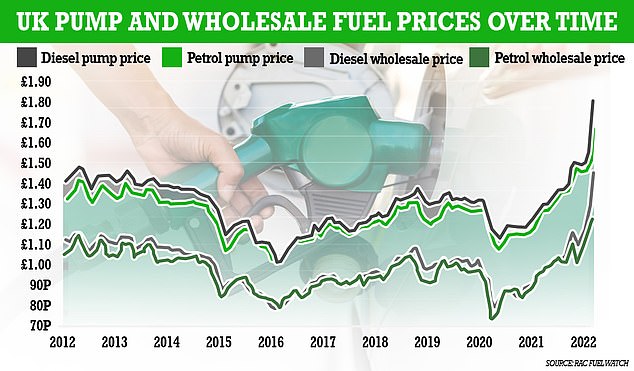 But he expected the oil market to turn bullish when the Organization of the Petroleum Exporting Countries and allies, known as OPEC+, meet on Thursday to discuss a planned 432,000 bpd increase in production quotas.

The group, which has so far resisted calls to accelerate production rises to ease tight crude supply, was ‘less likely to raise oil output at a faster pace than in recent months,’ Saito said.

And supply deficits are looming, as April spot volumes of Russian crude will struggle to find buyers, analysts said.

Russia’s crude flows have been little affected in March as most volumes were contracted pre-invasion.

‘Expectations are that 2.5 m bl/d of Russian crude and products will be lost in April,’ Schieldrop said, adding the diesel shortages will increase demand for Brent crude and light sweet crudes. OECD stockpiles are at their lowest since 2014.

To help ease tight supply, the United States is considering another release of oil from the Strategic Petroleum Reserve (SPR), but this could be limited given already low inventories.

US drillers added oil rigs for a 19th consecutive month but at the slowest pace since 2020 even though the government urged producers to boost output.