Future UK Prime Ministers will not be allowed to change Theresa May’s Brexit deal after she leaves No 10, Brussels has warned.

EU negotiators are set to announce that any deal struck by Theresa May cannot be changed by her successor, reports The Times.

Plans were discussed at a meeting of senior EU ambassadors in Brussels  after Environment Secretary Michael Gove’s intervention last week.

Mr Gove, who was a major face of the Leave campaign, urged his colleagues to support Mrs May’s Chequers plan because a future PM could ‘choose to alter’ Britain’s post-Brexit relationship with the European Union. 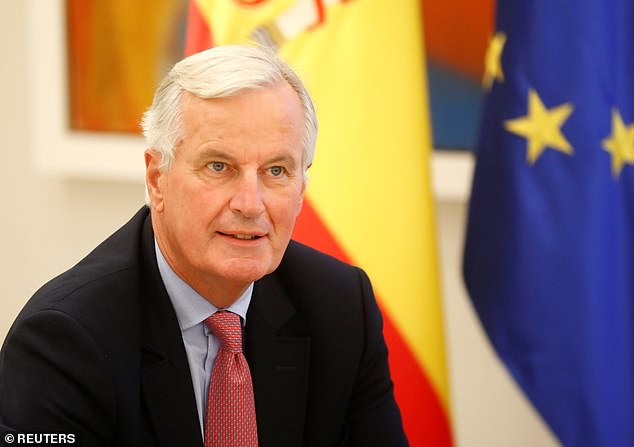 But according to the newspaper, chief EU negotiator Michel Barnier will soon seek ‘credible’ assurances Mrs May’s deal will be non-negotiable later on.

It reports that during a meeting in Brussels last week, Mr Barnier’s deputy Sabine Weyand, a senior German European Commission official, warned him Britain’s unwritten constitution could mean complications for the EU after Brexit.

A diplomatic note seen by The Times reads: ‘The commission said to be careful because it was not clear what ‘miracles’ UK constitutional law could allow.

‘It would be possible that [the EU] accepted painful compromises to avoid a failure and then the UK would want to continue negotiating because suddenly it’s possible again.’

France is believed to be backing Mr Barnier’s new position. 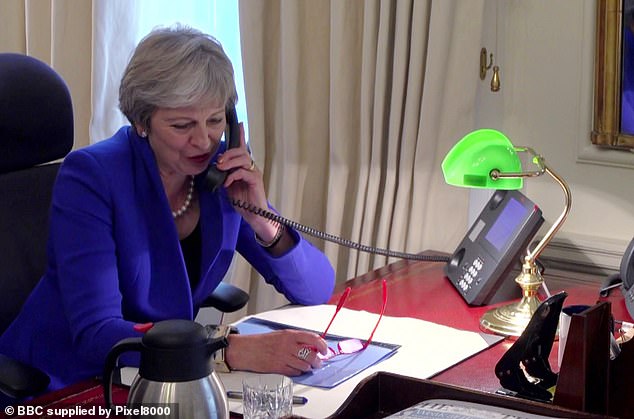 It came after Mr Gove called on Eurosceptics to get behind Theresa May‘s Chequers plan by arguing it can always be adapted after Brexit.

The Environment Secretary said that while the blueprint was ‘the right one for now’, a future prime minister would have the power to ‘alter the relationship’.

Mr Gove urged fellow Tories to support the plan in order to secure Brexit, rather than risk an impasse in Parliament or a general election.

He admitted that the Chequers proposals forced him to compromise on some of his beliefs, but insisted the most important issue now was ensuring Britain left the EU in ‘good order’. 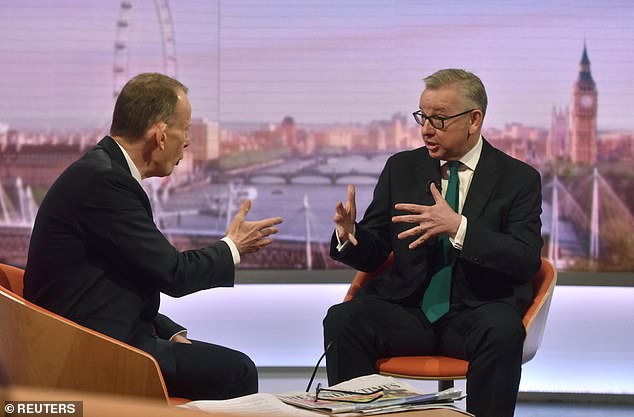 Asked if the plan would be permanent, Mr Gove told BBC One’s The Andrew Marr Show: ‘Yes, but there’s one critical thing – a future prime minister could always choose to alter the relationship between Britain and the European Union.

‘But the Chequers approach is the right one for now because we have got to make sure that we respect that vote and take advantage of the opportunities of being outside the European Union.’

He said it will be up to the House of Commons in the future to ‘chart this nation’s destiny’ and decide what to do if Brussels law changes.