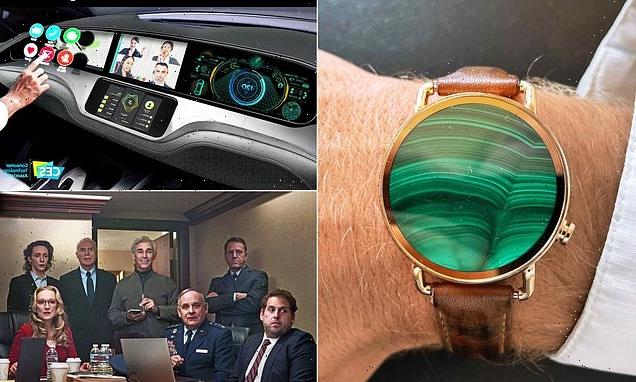 That’s one way to watch your stress levels! Hi-tech timepiece-style gadget similar to device in hit film Don’t Look Up straps on to the wrist and monitors anxiety

Many stressed-out workaholics are slaves to their endlessly ticking watch telling them there just aren’t enough hours in the day to get everything done.

Now a high-tech device that straps on to your wrist can predict when you’re about to become too stressed – an hour before you even notice anxiety levels rising.

The Nowatch is the first device on the market to monitor a person’s cortisol levels, the primary stress hormone. 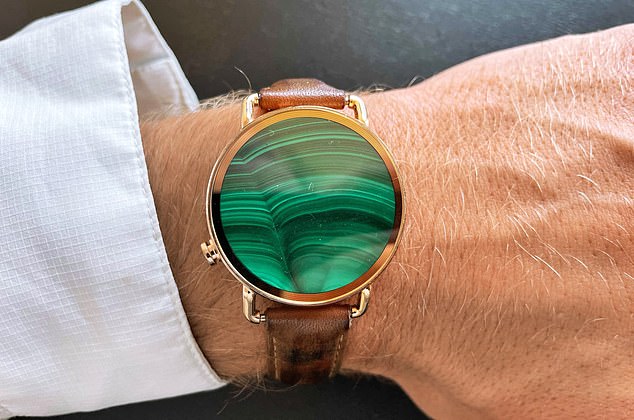 The app senses ‘electrodermal activity’ – the electrical current the skin conducts which depends on the state of our sweat glands, with even a tiny difference reflecting a change in our emotional state. An algorithm then analyses the data and alerts the wearer via a subtle vibration to warn them that they might need to relax.

But despite its appearance, the one thing the £570 device will not do is tell you the time – because its inventors believe a screen only adds to the user’s stress.

The ‘watch face’ is actually a hand-carved gemstone, with the technology hidden beneath connecting to an app on the user’s smartphone. 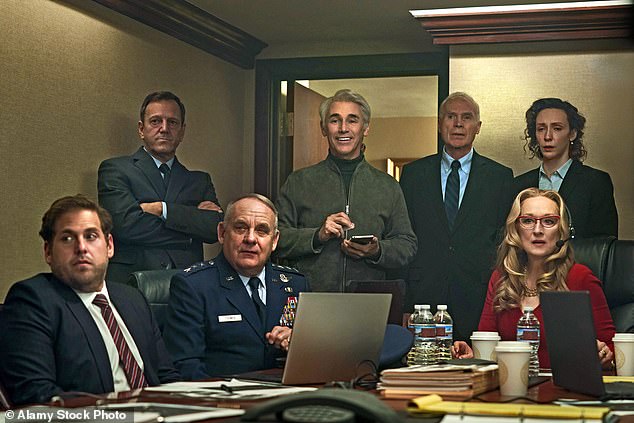 It is just one of thousands of new gadgets on display at the annual CES conference in Las Vegas, which shows off the future in technology.

However, a sudden surge in Omicron cases in America has led to many of the biggest exhibitors – such as Google, Microsoft and Amazon – to attend virtually.

Similar to other health wearables on the market, the Nowatch will also monitor heart rate, temperature, blood oxygen levels and respiration rate. Developed over 15 years with electronics firm Philips, the Nowatch – which boasts up to two weeks of battery life – will give the user advance warning of stress in order to ‘catch a breath, take a walk, reconnect to the now’.

A spokesman for the Amsterdam-based firm said: ‘Measuring cortisol contribution through skin conductance in this way is unique and has never been done before. 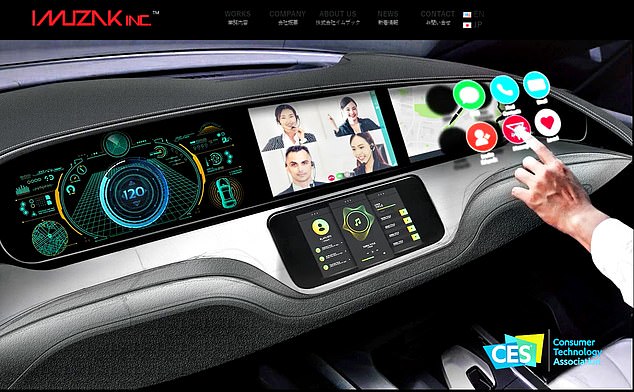 The firm plans to use the patented technology in cars, with a 3D dashboard designed to hover in front of motorists as they drive

‘It registers the same response to cortisol contribution when subjected to identical stressors, offering more robust and cleaner measurements and predictions.’

The Nowatch will be available to buy from March next year.

Coronavirus appears to have influenced many of the products being unveiled at CES this year, including a clever way to help those fearful of germ-ridden surfaces.

A Japanese nanotech company is unveiling a floating 3D display system that may mean we no longer need to press buttons in public spaces such as lifts.

Instead, Imuzak said, the buttons will take the form of touch-sensitive holograms a few centimetres away from the wall.

The firm plans to use the patented technology in cars, with a 3D dashboard designed to hover in front of motorists as they drive.

A ‘microlens’ will sit in the steering wheel and beam out a floating display, which can show incoming calls or warning messages.

The company is already in talks with a major Japanese car manufacturer and hopes to bring the device to market in 2024.

More than 2,200 exhibitors are confirmed to host in-person showcases at the CES event, which runs from Wednesday until Saturday.