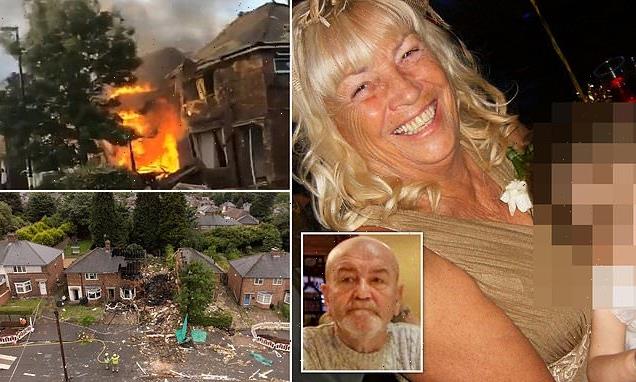 A gas explosion that destroyed a terraced house and killed a 79-year-old grandmother was caused by an accidental gas leak in the home’s pipework, an investigation has found.

Doreen Rees-Bibb, 79, died in the blaze on Dulwich Road, Birmingham, on Sunday night after her partner David Murphy’s home went up in flames.

Police, Fire and Health and Safety Executive today confirmed the cause was ‘accidental and inadvertent ignition of a large escape of gas from a joint in the pipework.’

Mr Murphy was heard screaming ‘please save my missus’ after he was buried under several feet of debris in the explosion. 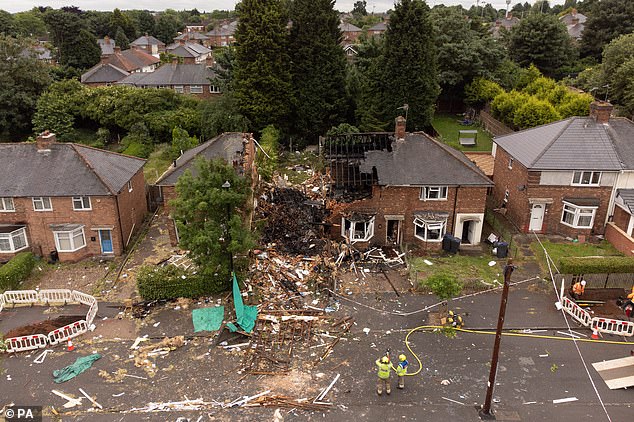 The fatal explosion on Dulwich Road, Kingstanding, in Birmingham, was caused by an ‘accidental and inadvertent ignition of a large escape of gas from a joint in the pipework’ the report said 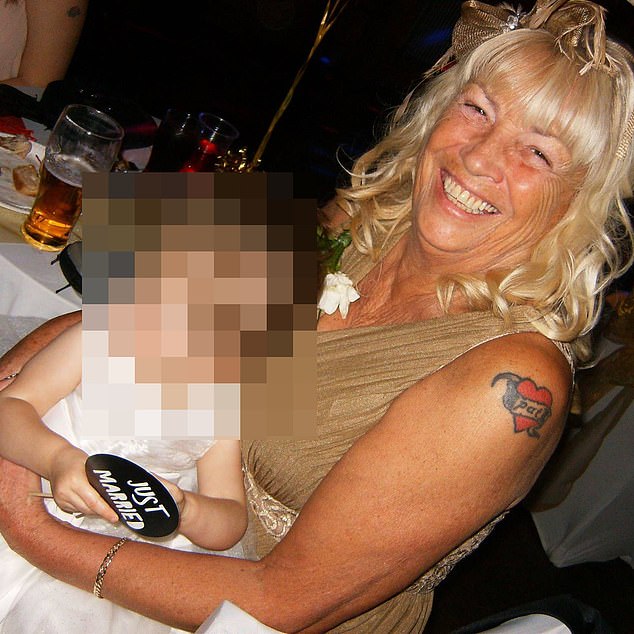 Tributes have been paid to Doreen Rees-Bibb, pictured, 79, who died in a house explosion in Birmingham on Sunday night when the blast tore through the property – leaving her buried under several feet of rubble

He was helped out of the burning rubble by about a dozen members of the public, whose heroic and quick-thinking actions were praised by the emergency services.

Mr Murphy remained in a critical but stable condition in the Queen Elizabeth Hospital Birmingham on Thursday.

The HSE is continuing investigations as to whether any work-related activities contributed towards the incident. 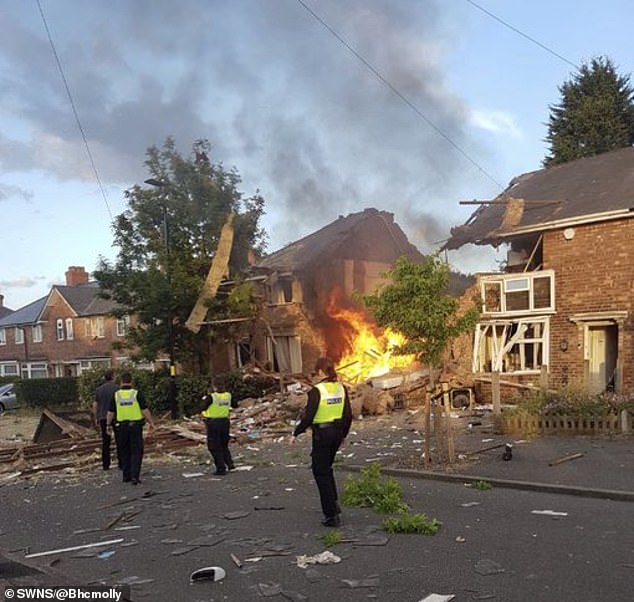 Emergency services were called at 8.38pm to the scene of a house on Dulwich Road, Kingstanding, Birmingham which exploded 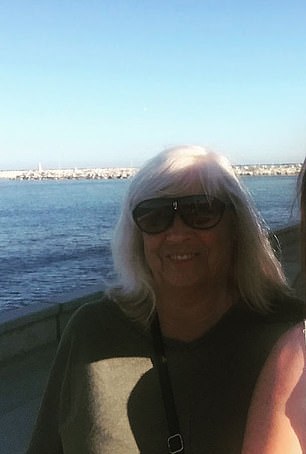 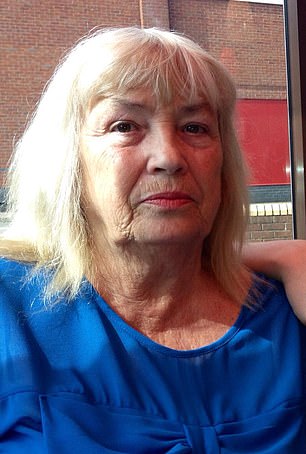 An unnamed family member said that Doreen (left and right) was ‘the life and soul of the party’ who was ‘ full of warmth and love, and she had a heart of pure gold’. Her family also said she was ‘really happy’ with her partner David Murphy who was pulled from their home on Dulwich Road, Kingstanding, by brave locals after it went up in flames – also damaging neighbouring properties and cars in the process

An unnamed family member said that Doreen from nearby Erdington was ‘the life and soul of the party’ who was ‘full of warmth and love, and she had a heart of pure gold’.

Her family also said she was ‘really happy’ with her partner who was pulled from his home on Dulwich Road, Kingstanding, by brave locals after it went up in flames Sunday night – also damaging neighbouring properties and cars in the process.

Gas company Cadent said after a ‘thorough investigation’ the fault of the explosion did not lie with the gas mains and service pipes in the area but did not rule it out being caused by a gas system inside the house such as the boiler.

In a further twist, the prospective new owner of the three-bedroom terraced home told the Daily Mail of his own lucky escape when the house blew up as he drove past with his family.

David’s children Kate and Dean confirmed this week their father had been a victim of the explosion – an incident emergency services admit will take several days to fully investigate.

It comes as it emerged that estate agents warned just weeks ago that the boiler needed replacing at the three-bedroom house.

The property – completely destroyed in the blast – was recently listed for sale by Birmingham-based Paul Carr Estate Agents for £160,000 and was sold subject to contract.

Josh Turner, who lives opposite, told MailOnline: ‘There was a huge explosion – I thought a bomb had gone off.’ 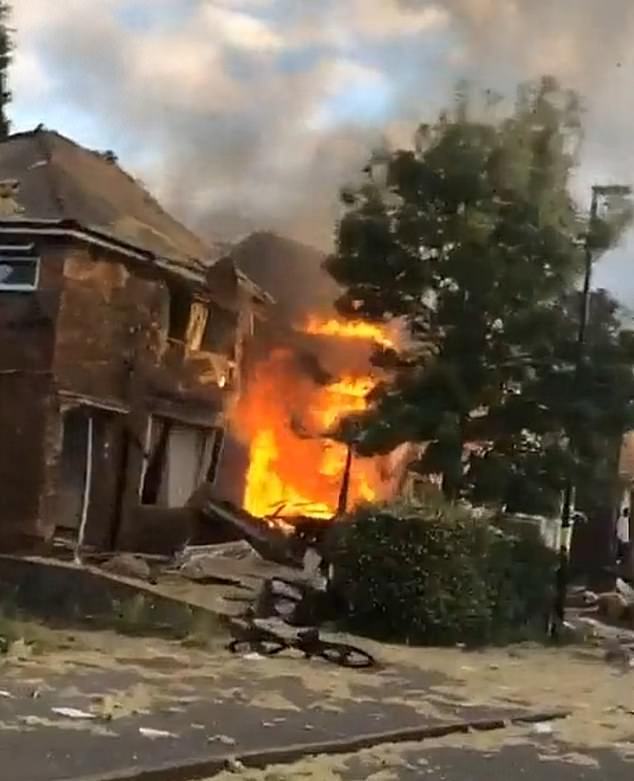 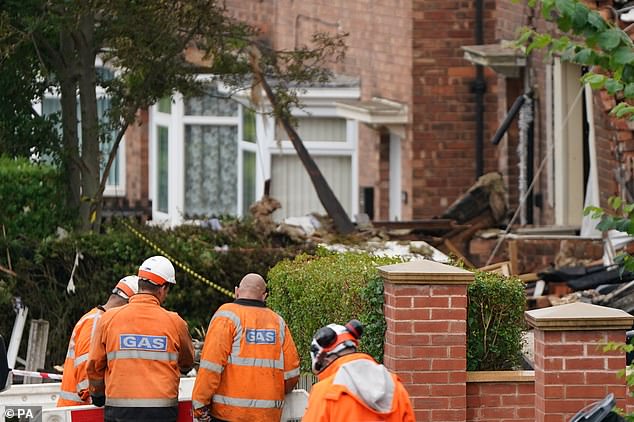 Emergency services at the scene in Dulwich Road, Kingstanding, where an explosion on Sunday destroyed a house

Mr Turner added: ‘I went outside and there were flames leaping into the sky. It was unreal. People were rushing towards the house to try to help.

‘They found Dave in the back garden. He was covered in burns and all his clothes had been blown off. They put him on a mattress and carried him out. His missus Doreen was stuck in the house.’

David’s children Kate and Dean confirmed their father had been a victim of the explosion – an incident emergency services admit will take several days to fully investigate.

Dave’s son Dean said: ‘Yes, my dad was in the explosion. He’s in hospital. and he’s not in a good way. But he survived. Sadly, the lady didn’t. I’m on my way to the hospital now.’

Daughter Kate added: ‘My dad was in the explosion but I don’t want to talk about it.’

When asked by MailOnline for details on the sale and the boiler, a spokesperson for the company declined to comment.

Asked about reports the house had been up for sale and that the boiler had needed replacing, Mr Shapland said: ‘That may form part of the investigation. As I say, we’ve got colleagues and professionals who will be looking at all of the different circumstances.’

The family member who named Doreen added that her loved ones are ‘very distraught’.  ‘She was almost 80 but she was still full of life,’ they told the Sun. ‘She was really happy with Dave. We don’t know what’s happened, if there was a gas leak or some kind of fault. We are just waiting for answers.’

About 20 people were evacuated and given shelter at a nearby pub after the incident on Sunday night. Resident Callum Attwood and two others, known as Jo and Dave, were among up to a dozen who helped free Mr Murphy.

Dave said: ‘The guy was in the kitchen, slumped against a fridge or a washing machine with his legs out in front of him. He was being pinned down by an old ghetto blaster.

‘He was going, ‘Don’t pull me – my legs’. We managed to pull the stereo out and then free him.’ 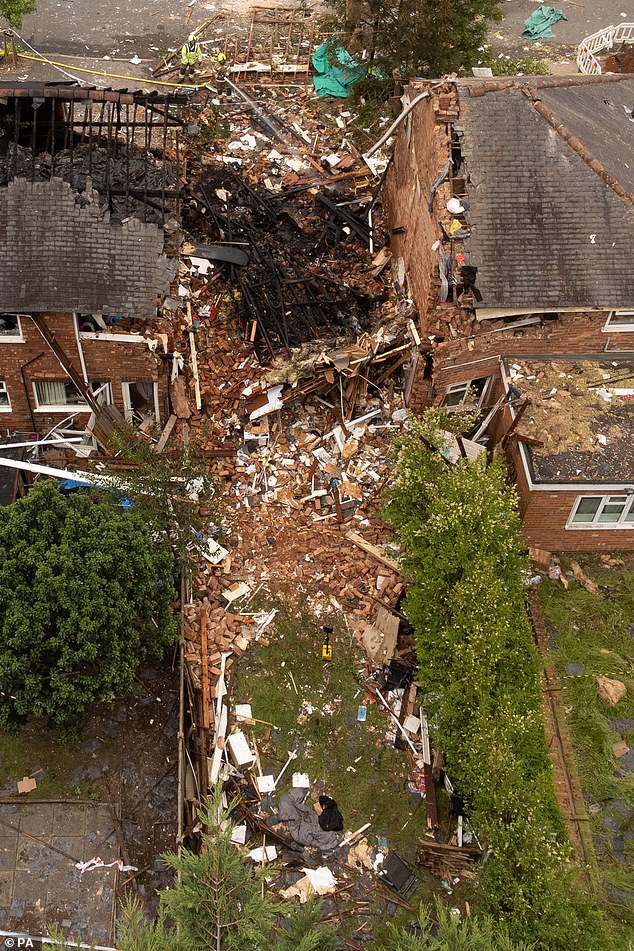 The scene in Dulwich Road, Kingstanding, Birmingham, where a woman has died after an explosion destroyed a house on Sunday

Mark Pearman, 49, said before rescue workers arrived, ‘One group [of neighbours] were at the front [of the house], the other went around to the back. We formed a human chain and passed each other rubble piece by piece.’

Roger Higgins, who lives next door, said he heard Mr Murphy and a woman dining on the patio shortly before the blast, which happened about 15 seconds after they went inside.

‘There was a small bang and then the big one’, he told the Daily Mail. ‘I was lying on the sofa and when I looked up and I could see the sky.’

By the time he escaped, neighbours had carried Mr Murphy out on an abandoned mattress which was retrieved from a nearby garden. Kashif Mahmood said he was driving past the house with his family at the moment it exploded in a fireball.

The father of two, from nearby Perry Barr, said he had recently had an offer accepted on the blast address, but had not signed a contract. He said: ‘I have been lucky two times over – once escaping serious injury and two by not signing the contract.’

Witnesses said there were around a dozen fearless members of the public who dug through rubble to rescue Mr Murphy.

Kiera Parkinson, whose boyfriend Callum Attwood was among those who helped at the scene in Birmingham, said: ‘We’re so proud of literally every single person that risked their lives to go in there and help somebody else.’

Residents said they clambered past flaming debris and through dust and rubble shortly after the blast to pull the injured man alive from the ruins of the property, on Dulwich Road in Kingstanding.

One of the Good Samaritans, who declined to give his name, said: ‘Everyone was watching, the house was on fire, nobody was going in, so we could see a way in.

‘So we went in the house, me and about a dozen others. There was a guy in the back. We could hear the guy screaming, but he was trapped up against the fridge in the kitchen. 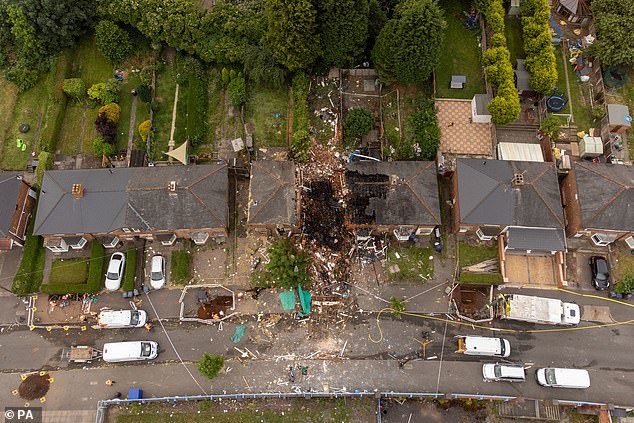 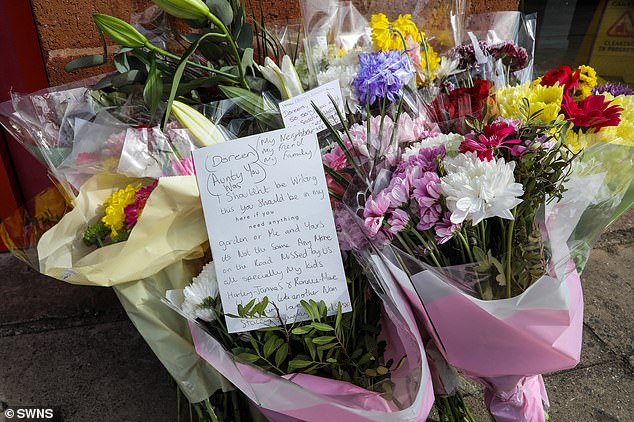 ‘The dust from the loft insulation was burning around us. We managed to get to him and pull him out – I still have his blood on my jeans. He ended up coming out on a mattress, but he was saying there was a woman in the house.’

The rescuer said: ‘His clothes had been blown off. You couldn’t even see him, he was covered in blood. We could hear the man, geezer, screaming, and we dug him out.

‘He was in the kitchen, lying flat on the floor, with his back against a fridge or washing machine. He was going, ‘Don’t pull me – my legs’, and I said, ‘Mate, we’re going to have to take you out now’.’

The rescuers tried to douse their clothes with water from damaged pipes to protect themselves from the flames.

Eyewitness Ms Parkinson said she and her boyfriend arrived on the scene shortly after the blast to check in on his mother who lives locally after hearing the ‘massive bang’ at around 8.30pm.

She said: ‘Callum and I’d say about 10 other men ran in to obviously help and do what they could.

‘I know they brought a man out on a mattress, I know they were willing to help a lady but couldn’t actually get to the lady.

‘We just want it known Callum didn’t act alone, there’s plenty of other people that deserve the praise.’

She said: ‘I think everyone in Kingstanding will think: what a community to be part of, you couldn’t ask for better. When it comes to it, we’re all there for each other. I’m so proud of him and proud of all the others as well.’

She added the men had helped, without ‘even a second’ of hesitation or thought for their own lives.

‘Just (straight) in there – they did what they had to do,’ she said.

‘I just think for most of us in Kingstanding it’s just a day of sadness, because of what has happened – it’s a complete tragedy. But we’re so proud of literally every single person that risked their lives to go in there and help somebody else. What a community.’