‘There are people in Arizona that know that!’ Clarkson’s shock when Who Wants To Be A Millionaire? contestant – with a geography A-level – doesn’t know where the Blackpool Tower is

A contestant on the Who Wants to Be A Millionaire reboot was unable to identify where in the country Blackpool Tower was located – despite having an A-Level in Geography.

Tom Holmes, who is from Cornwall struggled on the £500 question, despite being able to quickly rule out two of the four options.

The show’s host, Jeremy Clarkson asked whether the town’s iconic tower was in Lancashire, Somerset, Kent or Hertfordshire. 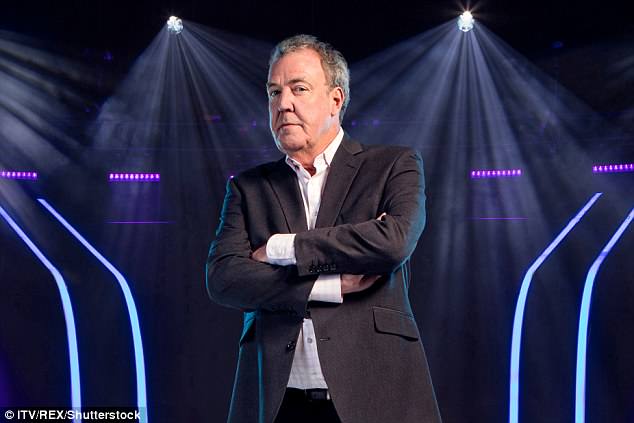 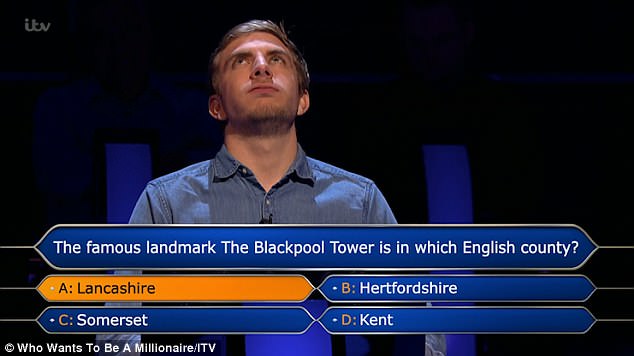 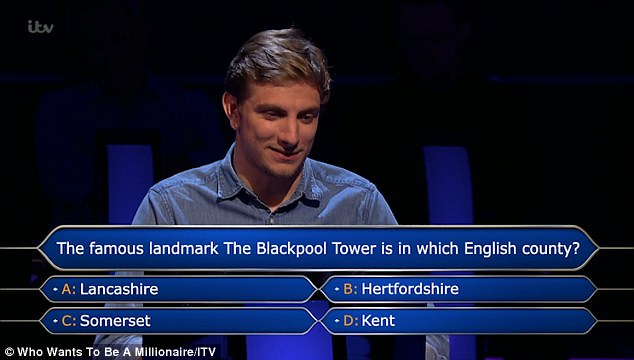 Former Top Gear presenter Clarkson, who knew the answer as Blackpool is the home of former sports car maker TVR, was scathing as Mr Holmes struggled with his answer.

According to The Sun, Clarkson said: ‘There are people in Arizona who know that.’

Yet Mr Holmes prevaricated. ‘Yeah, I’m not from this part of the world, I know it’s not Kent or Somerset’.

Eventually Mr Holmes was able to decide correctly between Hertfordshire and Lancashire.

Some viewers on Twitter suggested Mr Holmes may have been ‘playing dumb’.

Some six million people tuned in to watch the show’s reboot despite the warm bank holiday weather.

After taking over from TV favourite Chris Tarrant, who fronted the show from 1998 to 2014, many proved to not be a fan of the former Top Gear host’s style and technique as they took to Twitter: 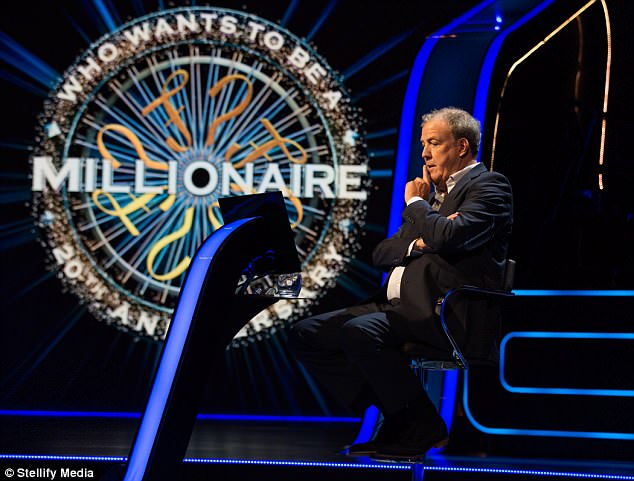 ‘That Jeremy Clarkson is so rude!! So what if the contestant used a lifeline on 2nd question i haven’t heard that phrase either, why didn’t they just get Chris Tarrant to host it instead? #whowantstobeamillionaire.’

‘Bring back Chris Tarrant. So not a fan of Jeremy Clarkson and his b****** and acerbic personality #whowantstobeamillionaire.’

‘Who the f*** thought jeremy Clarkson would be able to host this and not let his massive ego trample all over the contestants?#whowantstobeamillionaire.’