In his lifetime the London-born performer was known for his philanthropy and that will continue after his death with the funds raised tonight. 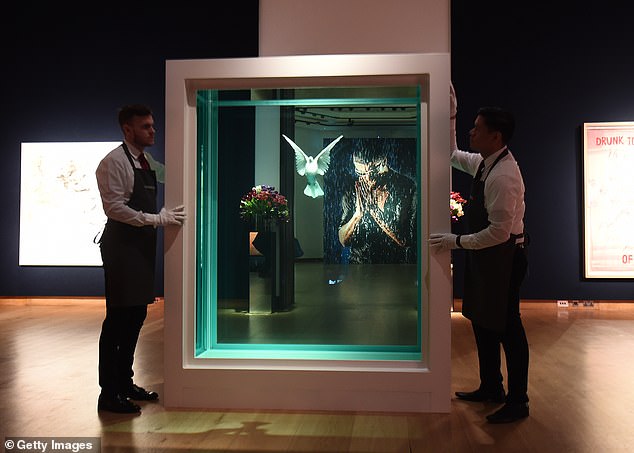 Christie’s said that the competitive bidding and the fact every single lot sold were ‘a tribute to both George Michael’s eye for contemporary art and the depth of feeling for an artist whose songbook of classic tracks defined an era.’

There were 60 lots available tonight after one was withdrawn. 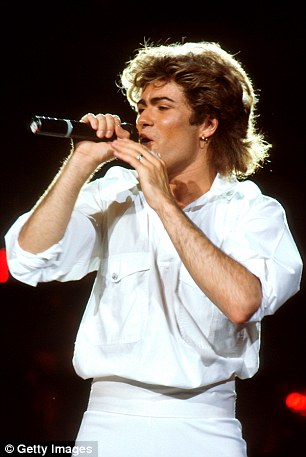 The sale is not over however, with the rest of the 175 lots available online until noon tomorrow.

The highest selling item was Damien Hirst’s The Incomplete Truth, part of his 2006 ‘Natural History’ series, in which formaldehyde-suspended animals and organs take centre stage.

The Incomplete Truth sold for £911,250 whilst the second highest selling item was Saint Sebastian, Exquisite Pain – also by Hirst and from the same series.

One item that drummed up considerable energy in the kind-spirited auction room was George Loves Kenny by Tracey Emin. 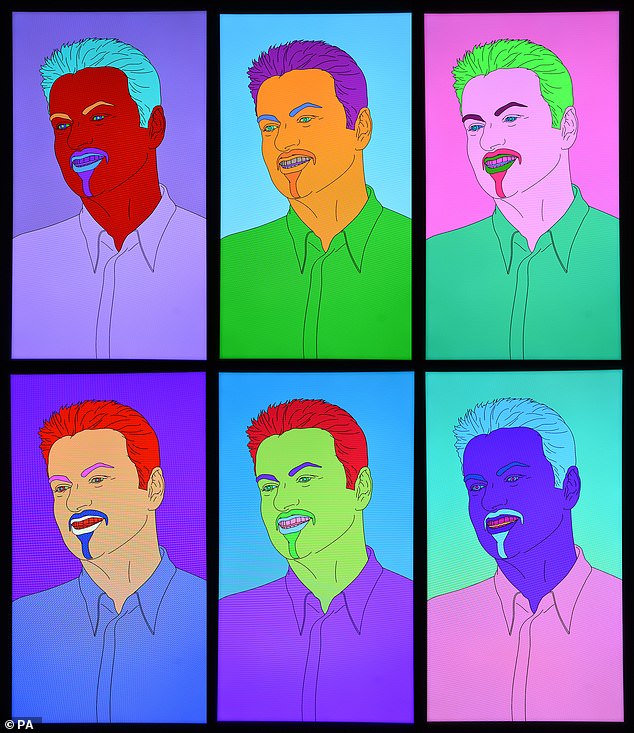 The artist by Michael Craig-Martin, at a photo call for The George Michael Collection 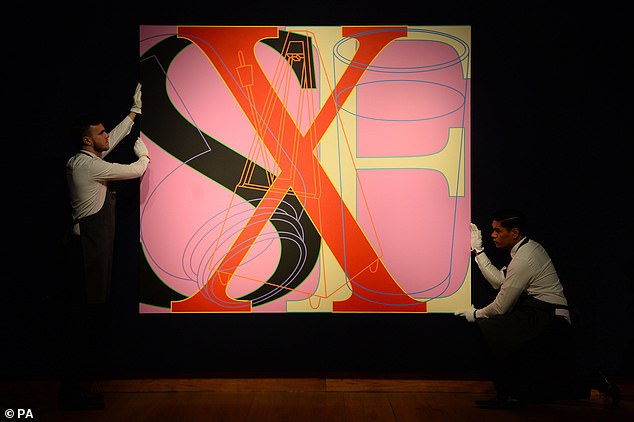 Art handlers with Untitled (SEX) by Michael Craig-Martin, during a photo call for The George Michael Collection art sale at Christie’s, London. It sold for £125,000

Emin first met the singer when she spoke to him through the letterbox having refused to open the front door whilst undertaking a commission at a patron’s house in west London.

In the early hours of 25 December 2016, the singer died in bed at his home in Goring-on-Thames, Oxfordshire aged 53. 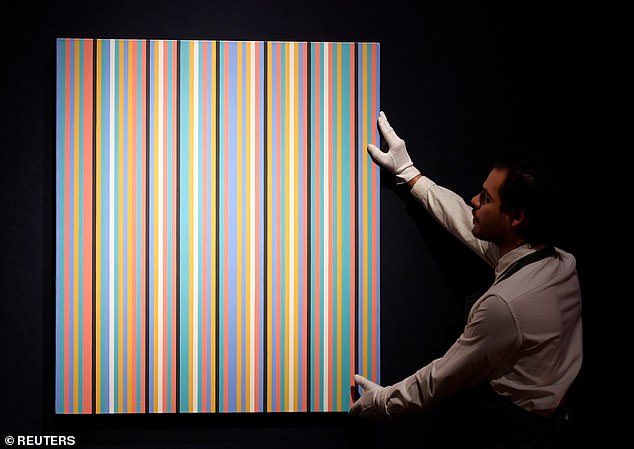 ‘Songbird’ by Bridget Riley which sold for £791,250 at tonight’s auction in Christie’s HQ 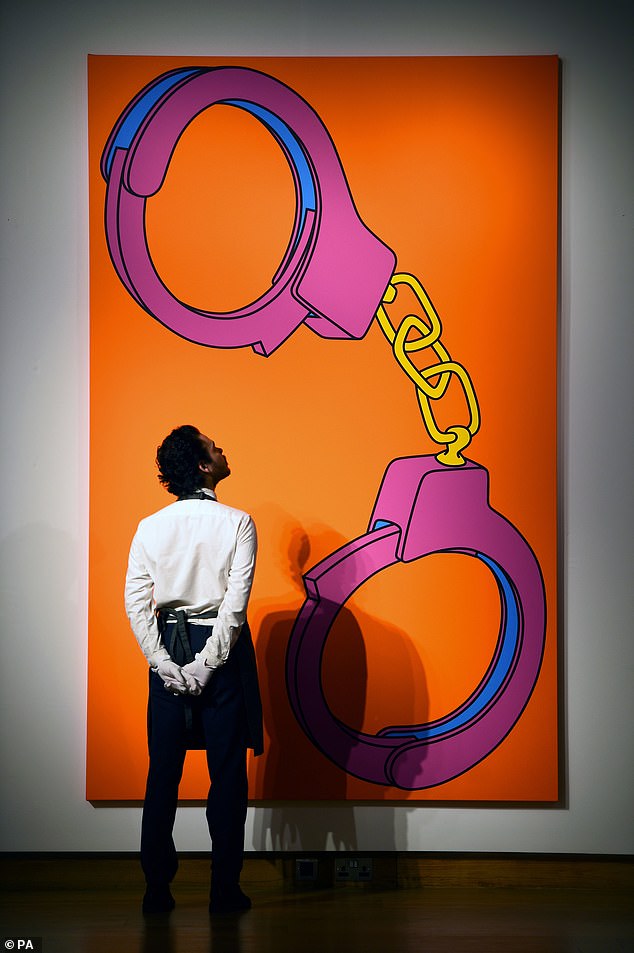 An art handler looks at Handcuffs by Michael Craig-Martin, during a photo call for The George Michael Collection. It sold for £112,500