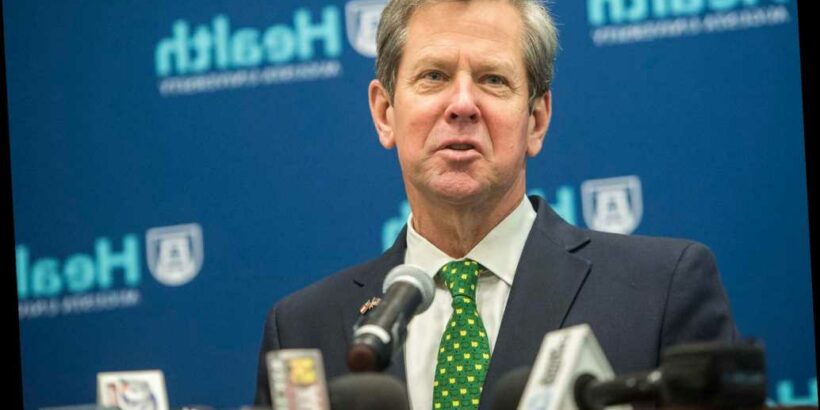 The scare-Crow tactics of Democrats: Goodwin

Georgia Gov. Brian Kemp fired back at President Biden for calling a new round of election reform laws passed by the state legislature as “Jim Crow in the 21st century,” saying the legislation actually expands voting.

“I can truthfully look in the camera and ask my African-American friends and other African-Americans in Georgia to simply find out what’s in the bill versus just this blank statement of this is Jim Crow or this is voter suppression, or this is racist, because it is not,” Kemp said during an interview Saturday on Fox News.

“I would urge them to do just that and ask themselves who’s being truthful to you here – is it the governor and the legislature that just voted on this bill or is it a lot of these third party groups that are making millions off of putting this false narrative out there, or the president that obviously doesn’t know what his own voting laws are in his own state?” Kemp said.

His comments build on a statement he released on Friday after Biden called the reform laws “atrocious” and “Jim Crow in the 21st Century.”

The president also said that one of the laws that prohibits giving people standing in line to vote food or water “is designed to keep people from voting.”

“There is nothing Jim Crow about requiring a photo or state-issued ID to vote by absentee ballot – every Georgia voter must already do so when voting in-person,” Kemp said in the statement.

“President Biden, the left, and the national media are determined to destroy the sanctity and security of the ballot box,” and that “It is obvious that neither President Biden nor his handlers have actually read,” it said.

The blowback was swift.

Civil rights groups quickly filed legal challenges and called for sporting events to be moved from Georgia and for state-based businesses like Coca-Cola and Delta to speak out against the bill.

The changes also come in the wake of Biden defeating former President Donald Trump in the Peach State by fewer than 12,000 votes, the first time a Democratic presidential candidate carried the state since 1992.