Washington: Two days before Election Day, the office for Georgia Secretary of State Brian Kemp, who is in a closely contested race for governor, announced on Sunday it was opening an investigation into the state Democratic Party for a "failed attempt to hack the state's voter registration system," a move Democrats slammed as a political stunt. 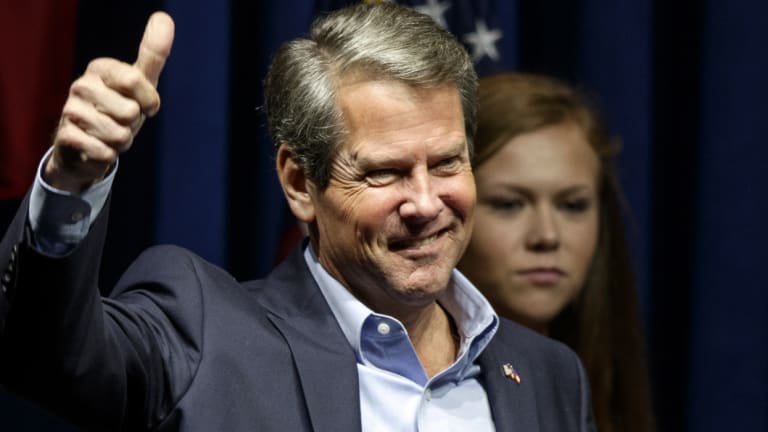 Republican gubernatorial candidate Brian Kemp gives a thumbs-up as he greets the crowd during a rally in Dalton, Georgia. Credit:AP

"After a failed attempt to hack the state's voter registration system, the Secretary of State's office opened an investigation into the Democratic Party of Georgia on the evening of Saturday, November 3, 2018," Kemp's office said in a statement.

"Federal partners, including the Department of Homeland Security and Federal Bureau of Investigation, were immediately alerted."

Further details about the nature of the alleged hack attempt or its connection to the Democratic Party were not provided.

Georgia Secretary of State spokeswoman Candice Broce declined to comment on the probe, but confirmed that the state Democratic Party was under investigation for "possible cyber crimes."