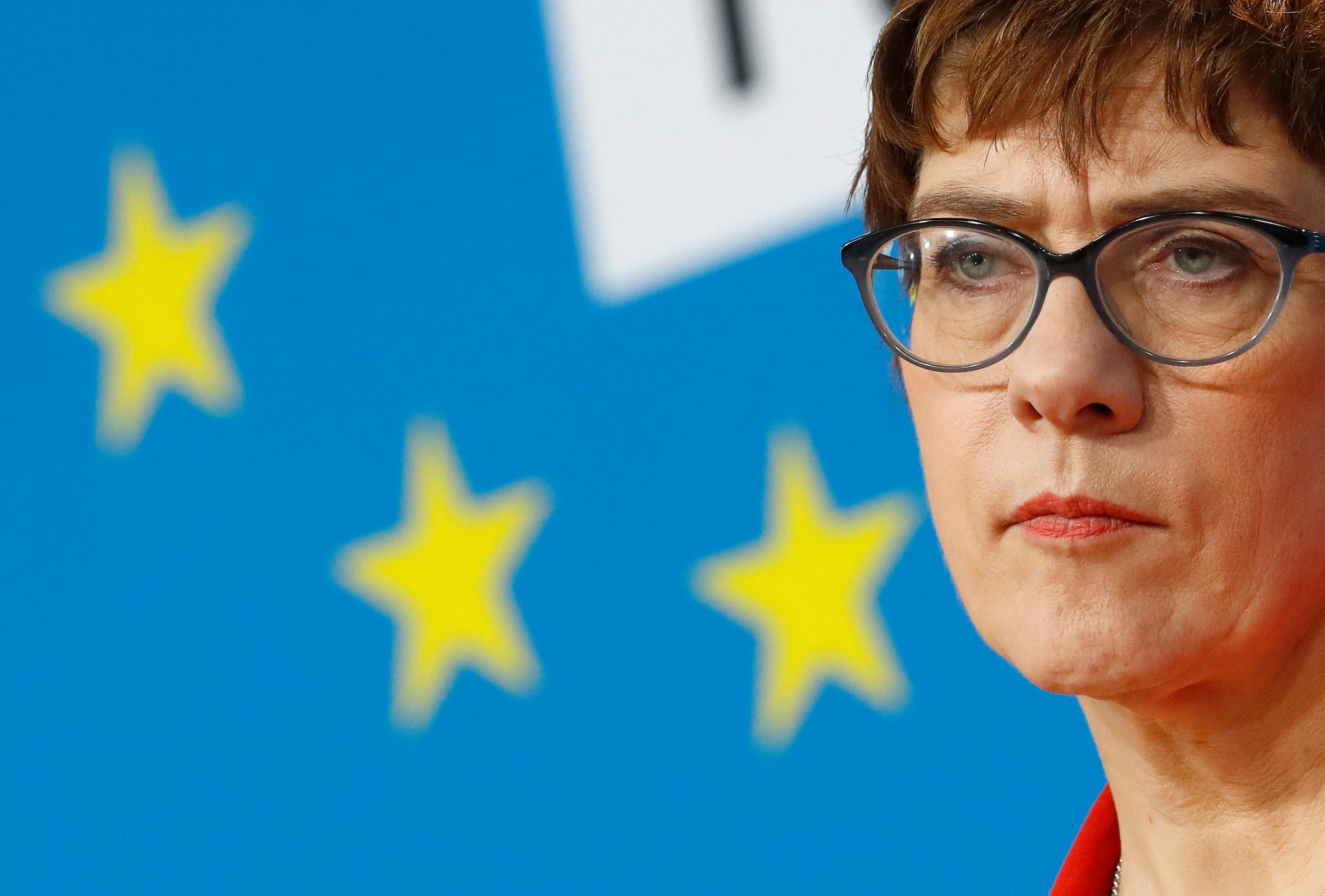 Speaking at a political rally in the northern state of North Rhine-Westphalia, Kramp-Karrenbauer said she was growing convinced that her conservatives could not rely on their Social Democratic (SPD) coalition partners on the issue of military spending.

While voicing its commitment to multilateralism, Germany is facing increasing criticism from disenchanted allies for making go-it-alone decisions on defense spending, energy and arms exports.

“The big problem we have is that the world has doubts whether it … can rely on us, and it’s up to us as the CDU to lead, because I have the increasing impression that on this question, we cannot rely on our coalition partner,” Kramp-Karrenbauer said.

Chancellor Angela Merkel, whose conservatives back bigger military spending increases, formed a coalition with the SPD in early 2018 after failing to reach agreement with her preferred partners, the pro-business Free Democrats, following the 2017 national election.

SPD Finance Minister Olaf Scholz last month announced budget plans that will see Germany fall even shorter of a NATO goal of spending 2 percent of economic output on defense in coming years than it was already slated to.

Having previously said it would reach 1.5 percent by 2024, Germany would see military spending drop to 1.25 percent of gross domestic product by 2023 under the new plans.

Scholz has said Germany remains committed to the NATO target and the budget plans can be revised year-by-year, but experts say a slowdown in Europe’s largest economy is diminishing the prospects for any big increases in defense spending.

This week, Justice Minister Katarina Barley, a Social Democrat, was criticized by conservatives after she described the NATO target as unrealistic in today’s world situation during an interview with the Russian news outlet Russia Today.

“This is left-wing populist rhetoric, let’s be clear about it,” Kramp-Karrenbauer said. “If we have political forces in the Bundestag, and in parts of the coalition, who … say they want to spend money on pensions, not weapons. Then I say, be honest and say you don’t want a German army.”