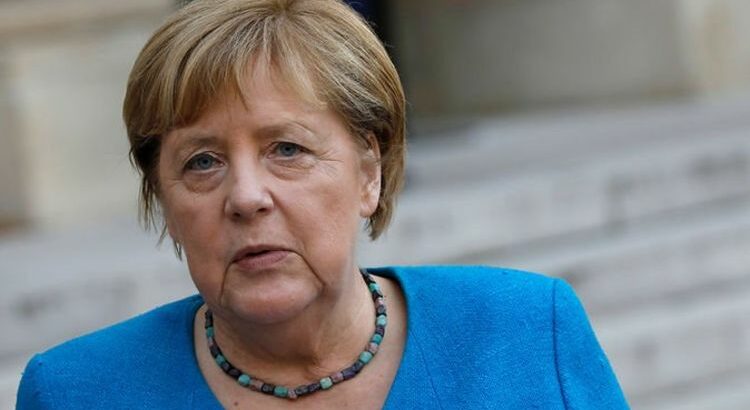 Germany goes to the polls on September 26th to elect a new Chancellor as Angela Merkel prepares to step away from power after 16 years. Whilst Ms Merkel has dominated German politics for some time, her CDU party has shown signs of weakness in recent years. This has been compounded by the unconvincing campaign led by Ms Merkel’s successor, Armin Laschet. On Sunday evening, leaders from the major parties clashed in a final TV debate – the last chance for Mr Laschet to redeem himself.

The latest INSA poll for Bild am Sonntag puts the Social Democrats (SPD) at 26 percent support, stable from a week ago, while the conservative bloc of Merkel’s centre-right CDU and its Bavarian sister party, the Christian Social Union, added half a percentage point to come in at 21 percent.

Expert on European politics, Susi Dennison, tells Express.co.uk that Germany is in for a “difficult moment” as politicians prepare for long negotiations in an attempt to form a government.

She said: “There’s beginning to be a sense that this is going to be a very long coalition negotiation period, and there’s feeling that this will be a difficult moment for Germany having to turn inwards at a European level with all the challenges going on with implementation of a green deal, and the fact that there are also presidential elections coming up next year.”

FDP party chief Christian Lindner has refused demands by the CDU to rule out a coalition with the SPD and the Greens.

Earlier this month, Chancellor Merkel warned against a coalition of the “left”.

She said: “Either [there is] a government consisting of the SPD and the Greens, who accept support through the Left or at least don’t rule it out or a government led by CDU and CSU under a Chancellor Armin Laschet, a government that leads our country into the future with moderation.”

“I’m only telling the truth.”

Merkel also took a swipe at the SPD’s candidate Olaf Scholz, her finance minister, ridiculing his recent appeal to citizens to get vaccinated in which he called people already vaccinated, including himself, “guinea pigs.”

She added: “Nobody is a guinea pig when it comes to vaccination — neither Olaf Scholz nor myself.”

The SPD is led by Mr Scholz, a centre-left figure who has overseen a surge in the polls and therefore could become Germany’s next Chancellor.

Ms Dennison, from the European Council of Foreign Relations, thinks Mr Scholz is trying to imitate Ms Merkel’s ability to reach out across the political spectrum.

She added: “I think Merkel is known for being a consensus builder, I think that is necessary in German politics because of the norm of coalition governments and the practice of building a coalition programme.

“I think we will see a similar approach from Scholz on that front, but there will also be a need from him politically to show that Germans haven’t just elected the same Government again.

“The areas he has been trying to put clear water between himself and Merkel have been around the climate agenda, where Merkel has been seen to have significantly under-delivered.”

The German election along with other votes in Europe could also have big consequences for the EU, argues Timothy Garton Ash in the Guardian this week.

Europe is awaiting election results from France Spain and Italy in the next couple of years – votes that could potentially shift the tide one way or the other within the bloc.

He said: “Assuming that French president Emmanuel Macron ends up fighting the final round of next spring’s presidential election against the nationalist-populist Marine Le Pen, the hope must be that he will prevail. But having spent some time in France recently, I feel a nagging unease.

“The populist witches’ brew that combines the themes of immigration, Islam, terrorism and crime into a single fear-inducing narrative is very powerful in France.

“An unforeseen event, such as a terrorist attack on the eve of the run-off, could just make the unthinkable happen.”