BERLIN (Reuters) – The head of Germany’s Social Democrats called on Sunday for more support for firms forced to cut output because of the coronavirus epidemic, ahead of a policy meeting with the other parties in Chancellor Angela Merkel’s government. 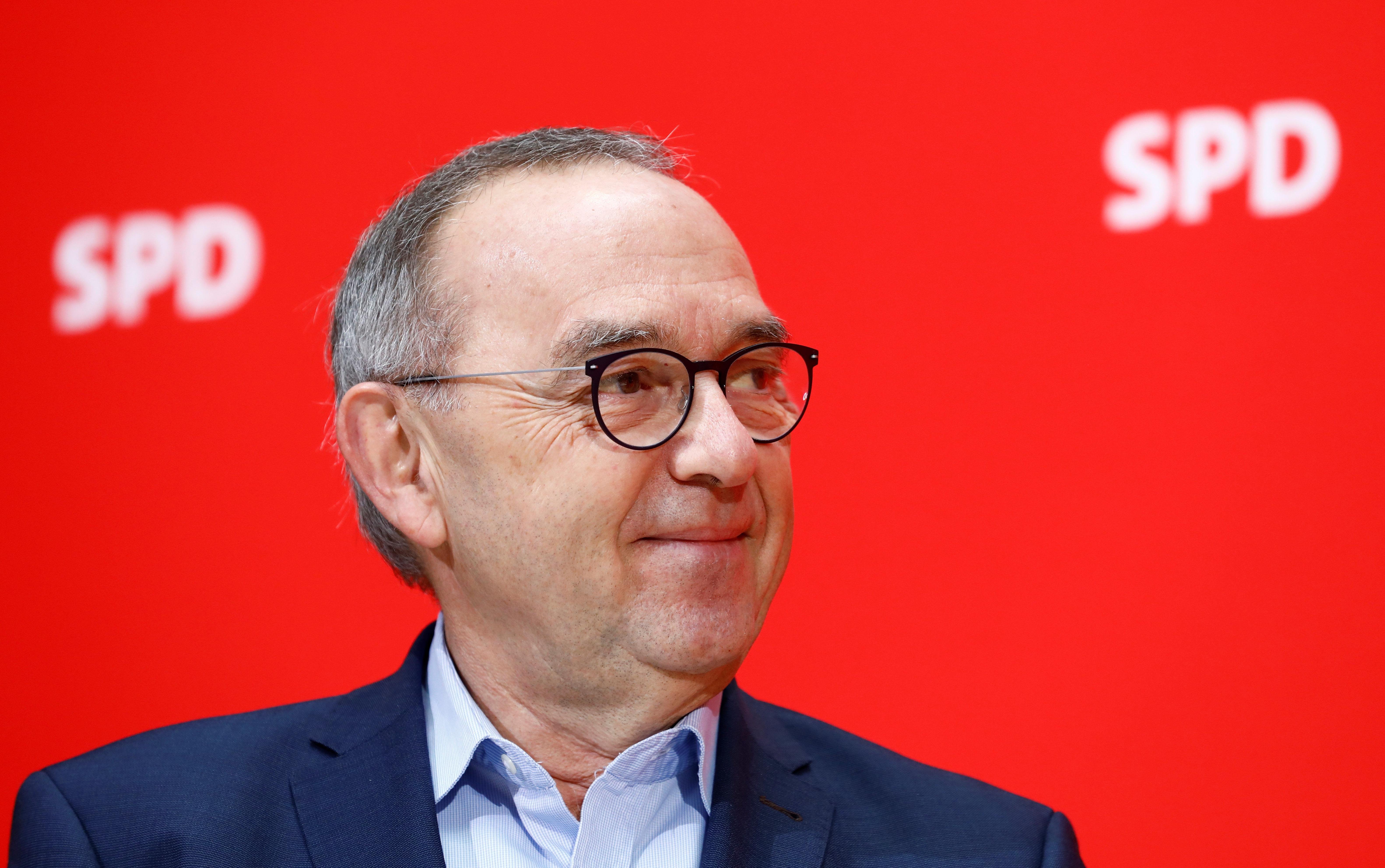 Concern is growing that the rapid spread of the virus could sever the supply chains and disrupt the trading links on which Europe’s largest economy relies.

Merkel’s conservatives and the center-left Social Democrats sit down later on Sunday for a regular meeting, with the epidemic, the refugee crisis on the Greek-Turkish border and the slowing economy expected to be key themes.

In an interview with Deutschlandfunk public radio, Norbert Walter-Borjans said that rather than “sprinkling” stimulus spending, support should be targeted at affected sectors, including state support to prop up wages for those whose working hours have been cut.

“Companies with supply chains dependent on China, or events or transport companies – they could very quickly face liquidity problems,” he said. “We want the possibility of up to two years’ wage support.”

He declined to speculate on how much this would cost, though Finance Minister Olaf Scholz has previously said money is available for stimulus spending. Currently, workers on reduced hours can receive wage support for up to six months.

The coronavirus epidemic, which began in the Chinese province of Hubei, with which many German companies have manufacturing ties, has already had a dramatic impact in Germany. The flag carrier Lufthansa has cut half its flights and the carmaker Daimler has said both sales and production are taking a hit.

Merkel’s Christian Democrats, in the midst of a succession battle that will determine who stands as the party’s candidate to succeed Merkel next year, are likely to be open to some form of extended wage support.

The parties may be further apart on what to do with refugees from Syria’s war stranded on the Turkish-Greek border.

Some in the Christian Democrats are sympathetic to calls for Germany to take children and the most vulnerable from Greek reception camps, but others are more focused on sealing the European Union’s frontiers.