Trump has said he will cut the number of US troops in Germany by 9,500, citing NATO members not meeting funding pledges. 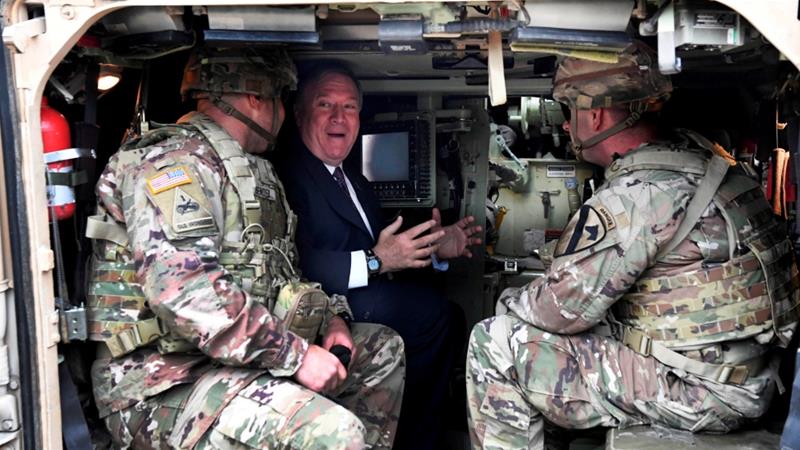 The leaders of four German states have appealed to the United States Congress to block plans by the administration of President Donald Trump to withdraw American forces from Germany.

Trump last month said he would cut the number of US troops in Germany by 9,500, to 25,000, faulting the fellow NATO member for failing to meet the North Atlantic alliance’s defence spending target and accusing it of taking advantage of the US on trade.

The appeal from leaders of the southern German states, all home to American bases, was addressed to 13 members of Congress and included Senators Mitt Romney and Jim Inhofe.

“We therefore ask you to support us as we strive not to sever the bond of friendship but to strengthen it, and to secure the US presence in Germany and Europe in the future,” wrote the premiers of Bavaria, Hesse, Baden-Wuerttemberg and Rhineland-Palatinate.

With their bases, combat units, military hospitals and other key infrastructure, the US armed forces in Germany form “the backbone of US presence in Europe and NATO’s ability to act”, read the letter seen by Reuters news agency and several German newspapers.

Germany hosts more US troops than any other country in Europe, a legacy of the Allied occupation after World War II.

Trump’s announcement in mid-June that he would order troops home from Germany caught some US politicians by surprise and sparked a bipartisan backlash in Congress, with many saying it will weaken the bloc’s position against Russia.

Meanwhile, Trump has repeatedly called Germany “delinquent” in its contributions to NATO.

While Berlin does not actually owe NATO money, like many alliance members, it is not meeting the pledge all member countries take to spend 2 percent of annual economic output on defence.

Members of both chambers of Congress have been working on legislation that would prevent the president from starting the significant troop withdrawal.

A spokesman for the US embassy in Berlin declined to comment.