GERMANY has seen its coronavirus infections triple in the last 24 hours after recording 933 new cases of the deadly bug.

It comes just as the country was beginning to ease out of a strict lockdown, though certain states are now considering bringing back restrictions to prevent a catastrophic second wave of infections. 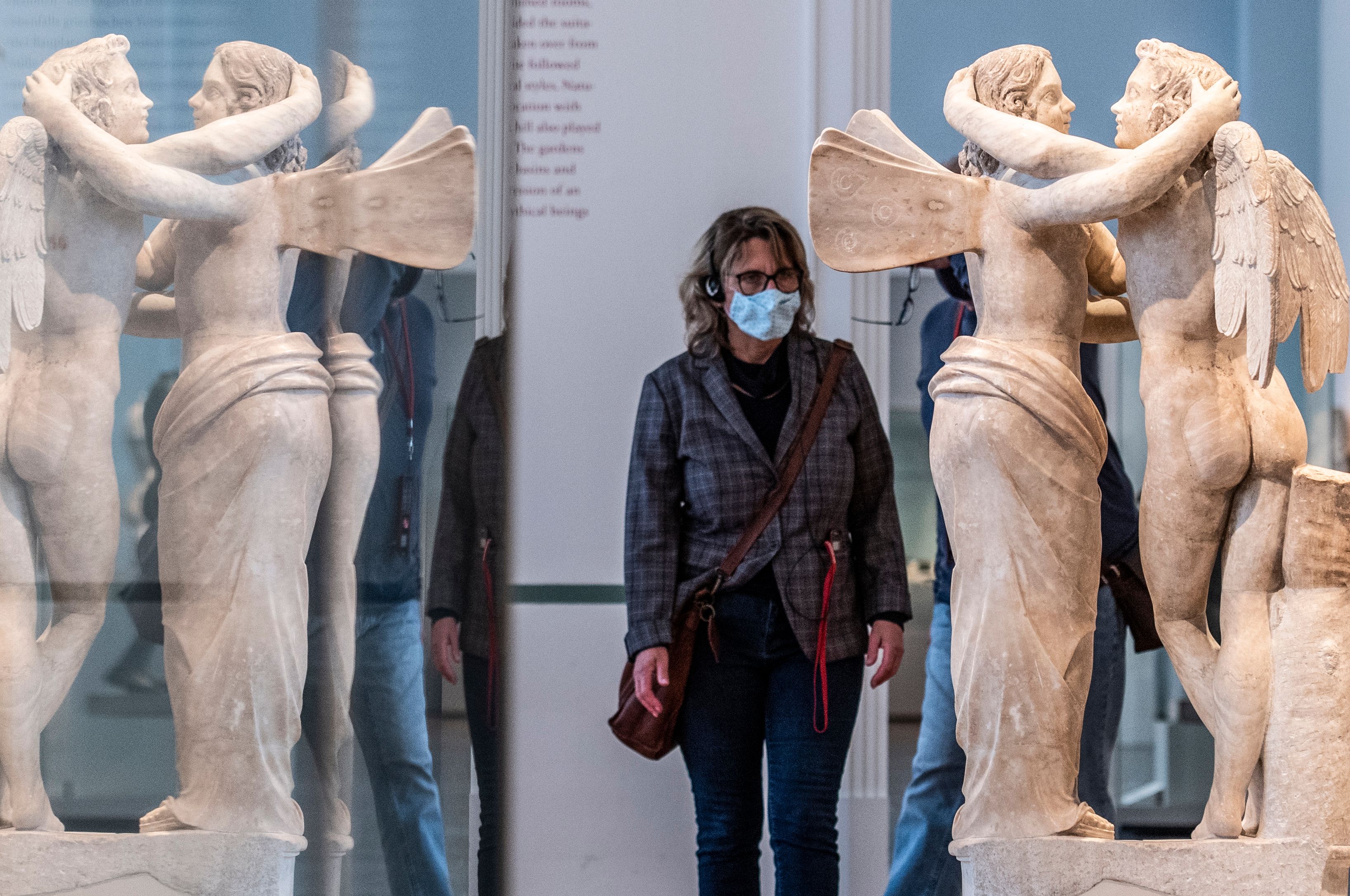 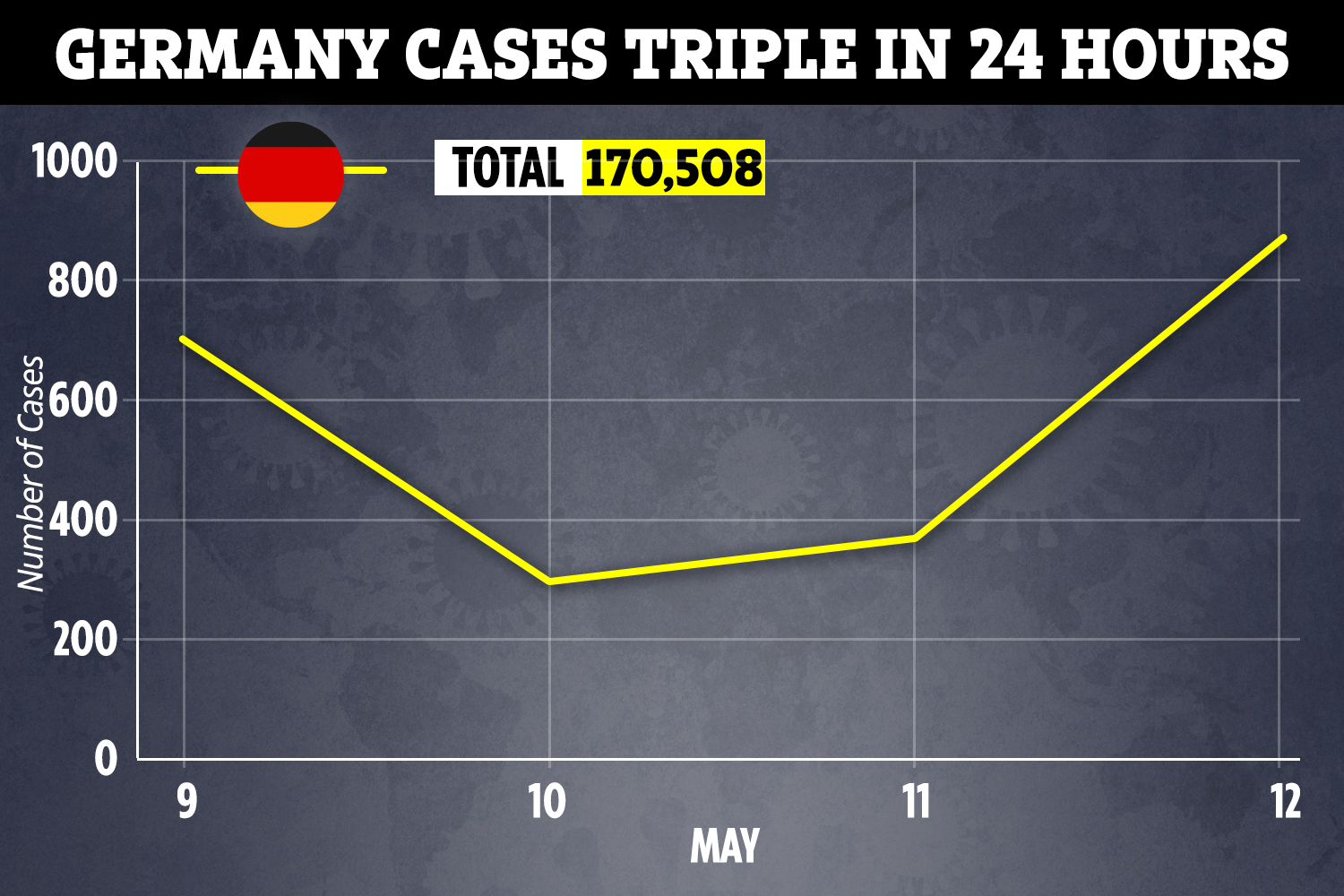 The total number of cases now stands at 170,508, according to data from the Robert Koch Institute (RKI) for infectious disease.

Today's figures mark a worrying increase on the 357 cases reported on Monday, and has prompted states to consider applying an "emergency brake" and reintroduce lockdown restrictions should the infection rate continue to soar.

Chancellor Merkel laid out the criteria for the "brake" last week, allowing for states to tighten restrictions should they reach a rate of 50 per 100,000 people across a seven-day period.

It has already been used in three districts of Germany, but more could potentially follow should significant local outbreaks occur.

But the country will wait until it has reliable data before making a decision about lockdown restrictions, as lags in reporting can affect case counts, CNN reports.

The country has been widely praised for its approach to containing the outbreak, registering a significantly lower death toll than other countries in Europe.

This has been attributed to an aggressive mass testing policy and contact tracing strategy carried out in the early stages of the spread of the virus.

But this could be under threat should a second of wave infections emerge, forcing the country back into lockdown. 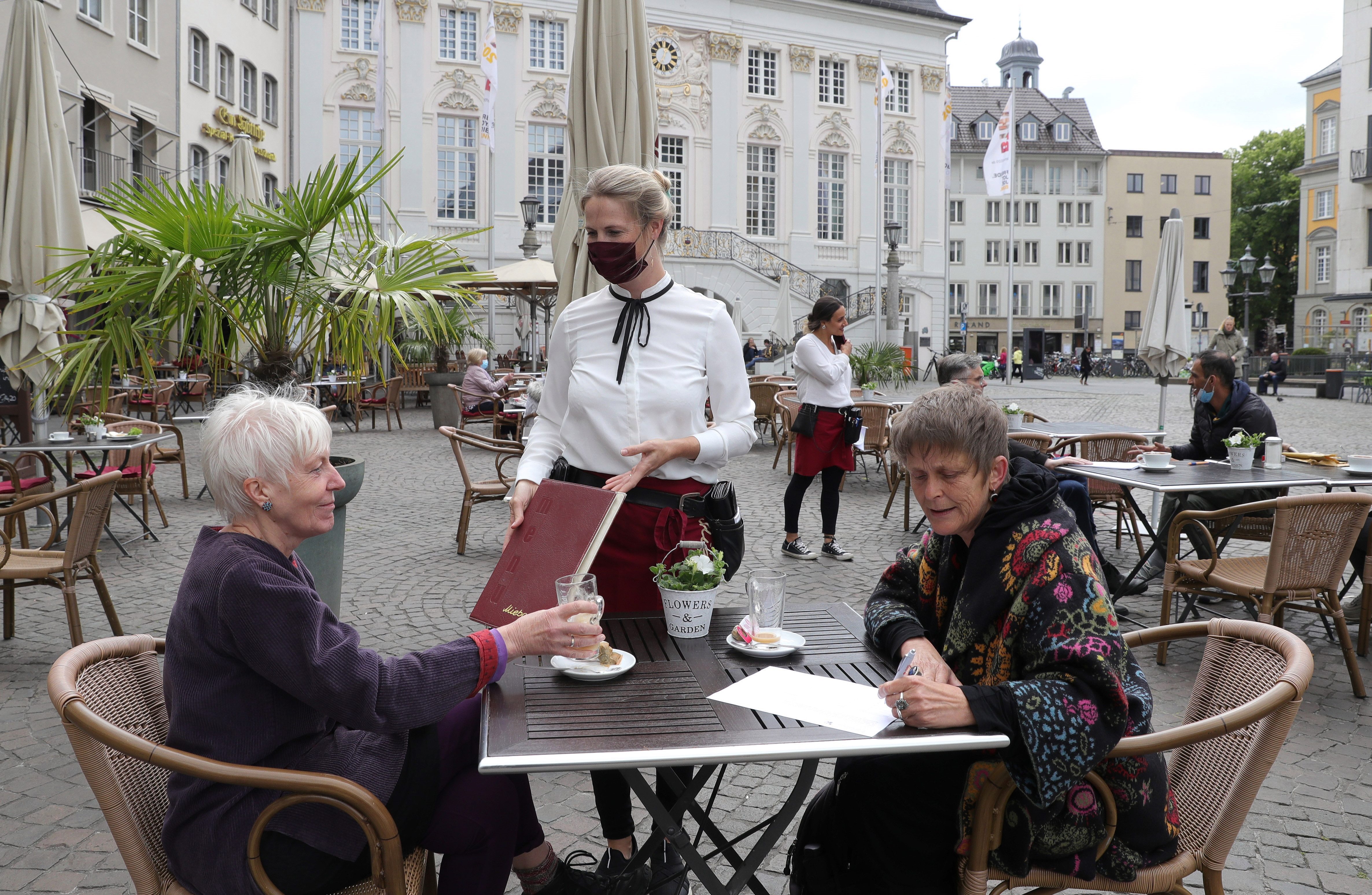 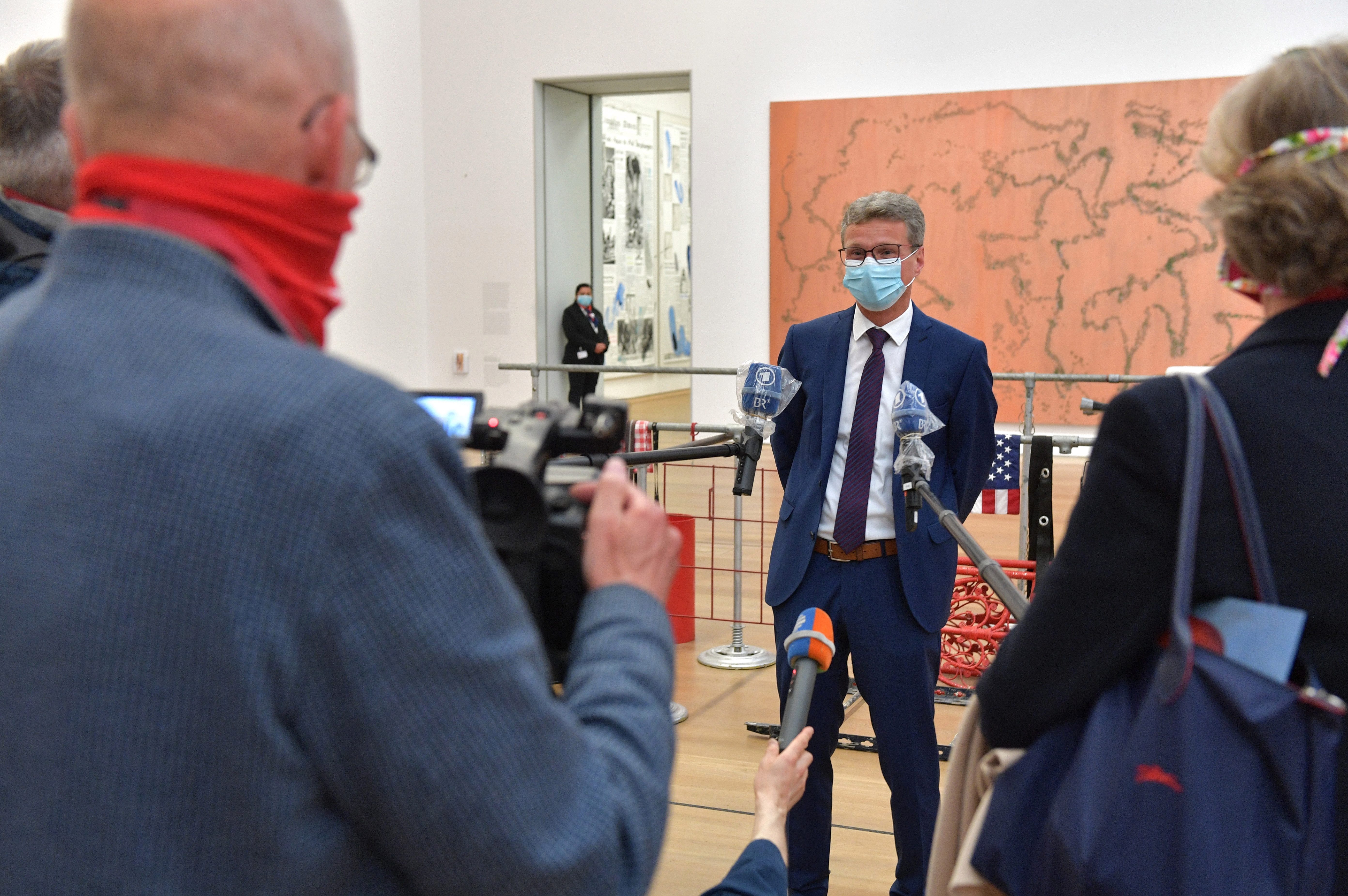 The new spike in infections comes just a week after Chancellor Angela Merkel relaxed lockdown restrictions in the country.

Gyms, cafes and pubs reopened yesterday in the North-Rhine Westphalia state, the most populous in the country, while other regions are allowing shops to reopen and people to mingle with friends.

But the easing of restrictions has also meant that Germany's R rate – rate of infection – has risen above 1 for the last three days, the Robert Koch Institute said.

Any R number above 1 means the number of daily infections will increase rapidly.

And Chancellor Angela Merkel has consistently warned that the country's health system could be overwhelmed should the 'R' rate go above 1.

Yesterday, she reminded the country to remain vigilant while they entered "new phase" of the pandemic.

She said: "It's very important to me to again draw attention to the fact that we're entering a new phase of the pandemic and that it will now be necessary, with all the easing of measures, to be sure that people stick to the basic rules …”

The total death toll has also increased by 116 to 7,533, health authorities confirmed. 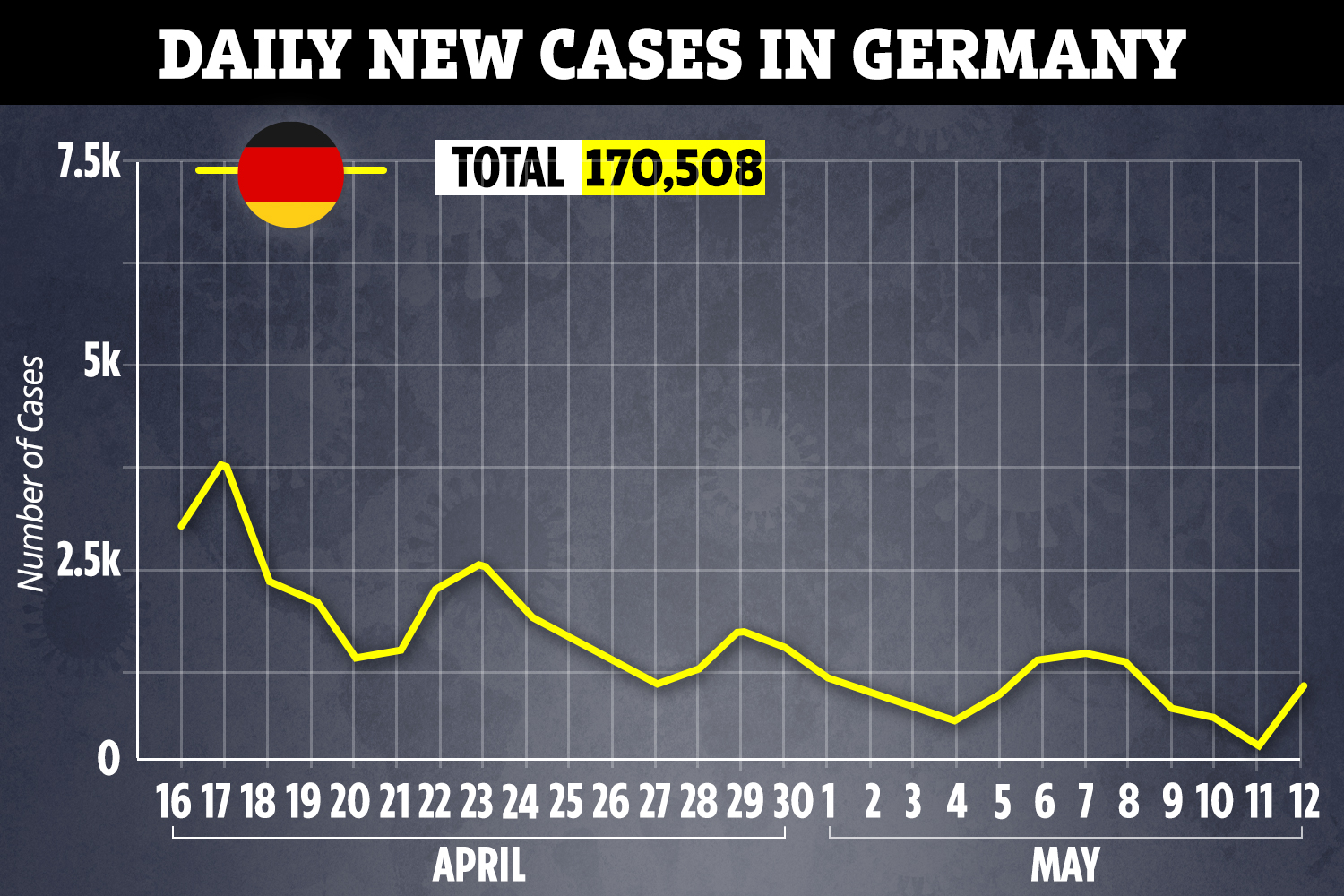 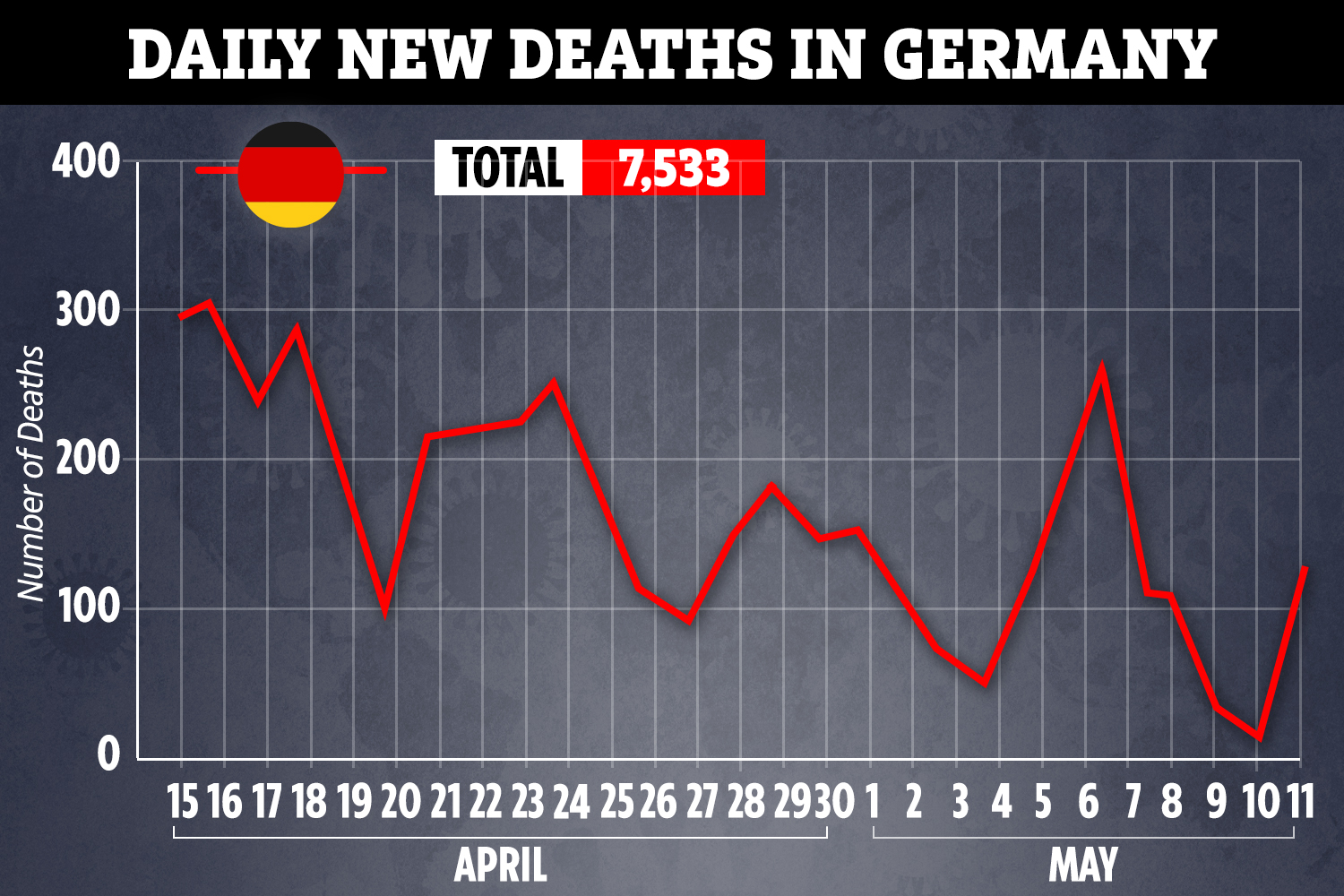 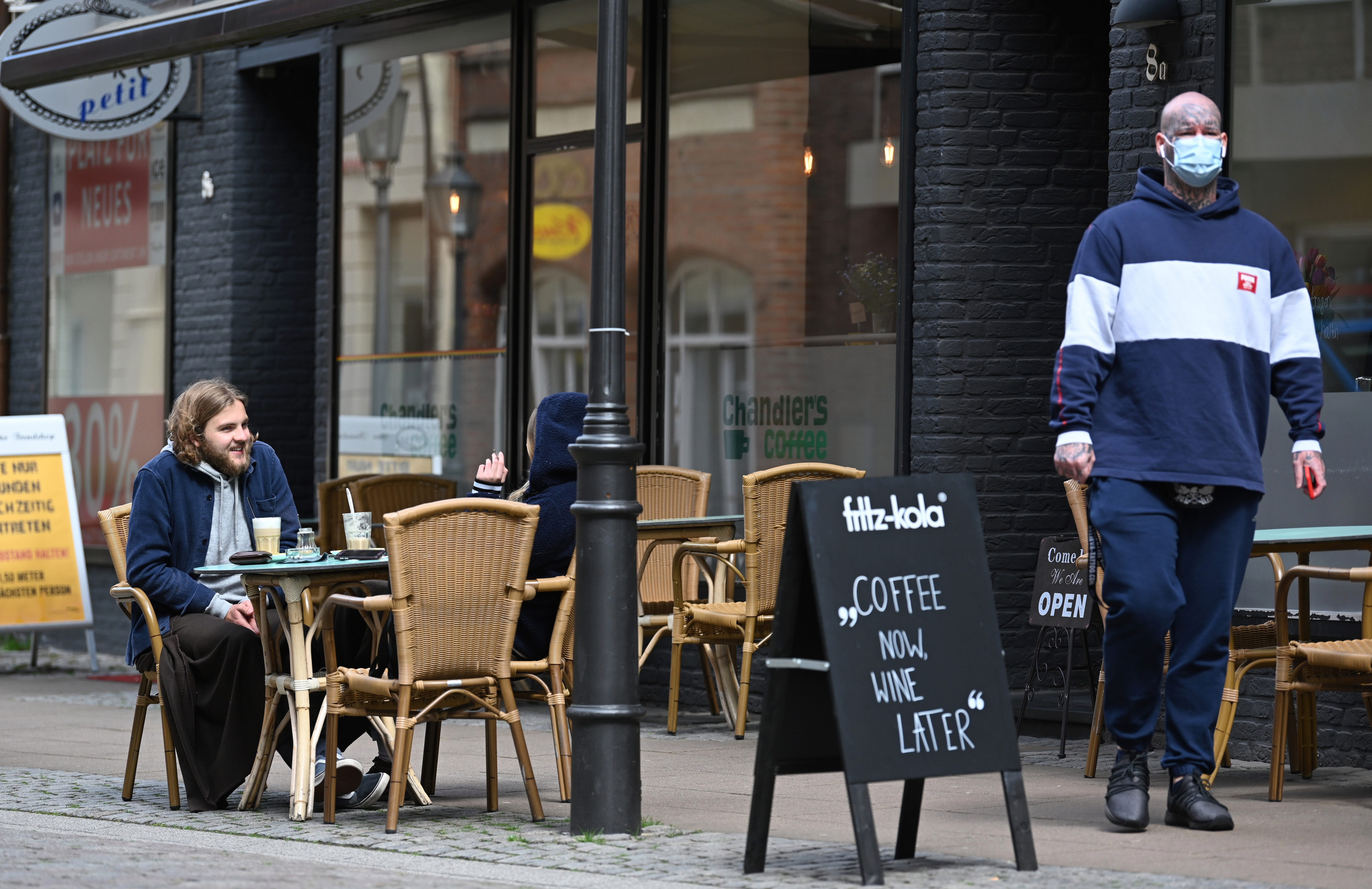