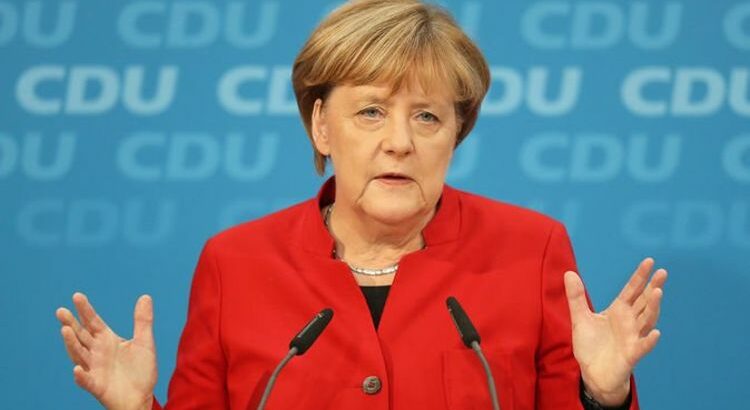 Angela Merkel will close the door on her time as chancellor when citizens head to the polls in the September 26 German election. But in a shock twist during campaigning, her Christian Democratic Party (CDU) plummeted in the polls, overtaken for the first time ever by the Social Democrats (SPD).

With less than a week to go until polling day, the CDU is well aware by now how much they depended on Ms Merkel.

With voters flocking to new political homes, it has become apparent that a loyal voter base was only loyal to the leader, not the party itself.

Women, centrists and older citizens, in particular, are believed to be abandoning the party without Ms Merkel at the helm.

Polling now shows that one in every three people who voted for the CDU – and its sister party, the Christian Social Union (CSU) – in the last election did so because of Ms Merkel, not the party itself.

After years of enjoying a wide lead in the polls, the CDU/CSU alliance is now significantly behind the SPD.

According to POLITICO’s Poll of Polls, the CDU/CSU currently stands at 21 percent; the SPD is at 26 percent.

Peter Matuschek, chief political analyst at the polling firm Forsa, said: “What we see now is a clear lack of mobilization among the CDU voters of 2017, which has to do with the candidate”

He is referring to Armin Laschet, the candidate for the CDU to replace Ms Merkel, who has fallen widely out of favour with the public.

Dismissive comments about climate change early on in the campaign and a disastrous PR moment when he was seen laughing heartily in the background of a sombre event in honour of those who lost everything in devastating floodings hurt the candidate, and he’s never recovered in the polls.

Marcel Dirsus, a political scientist and nonresident fellow at the University of Kiel, said: “Merkel’s biggest asset is probably that people who wouldn’t otherwise support the CDU are totally comfortable supporting her.

“She is in many ways the perfect centrist. She really very rarely offends anyone, and it’s so difficult to dislike her personally.”

With Ms Merkel no longer an option for voters, they are turning to the next best thing: SPD candidate Olaf Scholz.

Mr Scholz might represent a different party, but he is seen as the best candidate to continue on where Ms Merkel was at her strongest, as well as refresh political areas where she lacked.

Daniela Schwarzer, of the Open Society Foundations in Berlin, said: “There is no appetite for policy change or style change.

“But there is an appetite for a non-CDU chancellor at some point.

“There is an increasing number of people who are fed up with Merkel’s habit of muffling politics, of not solving things, of leading from behind. But at the same time, they don’t want disruption.”

Germans may want to keep Merkel’s style and broad policy approach but they also want the next chancellor to fix problems Merkel has left, including low paid jobs, digital backwardness, timid climate policies.

In this, Mr Scholz could offer Germany what it needs: the rational decision-making and fiscal prudence of Angela Merkel, coupled with a fresh take on professional and social merit and issues facing a post-pandemic Europe.

Mr Dirsus said: “The way to win this election is to essentially present yourself as the heir to Merkel and to make few mistakes while doing it

“It’s quite ironic that the Social Democrat should be better at that than the man who leads Merkel’s party.”