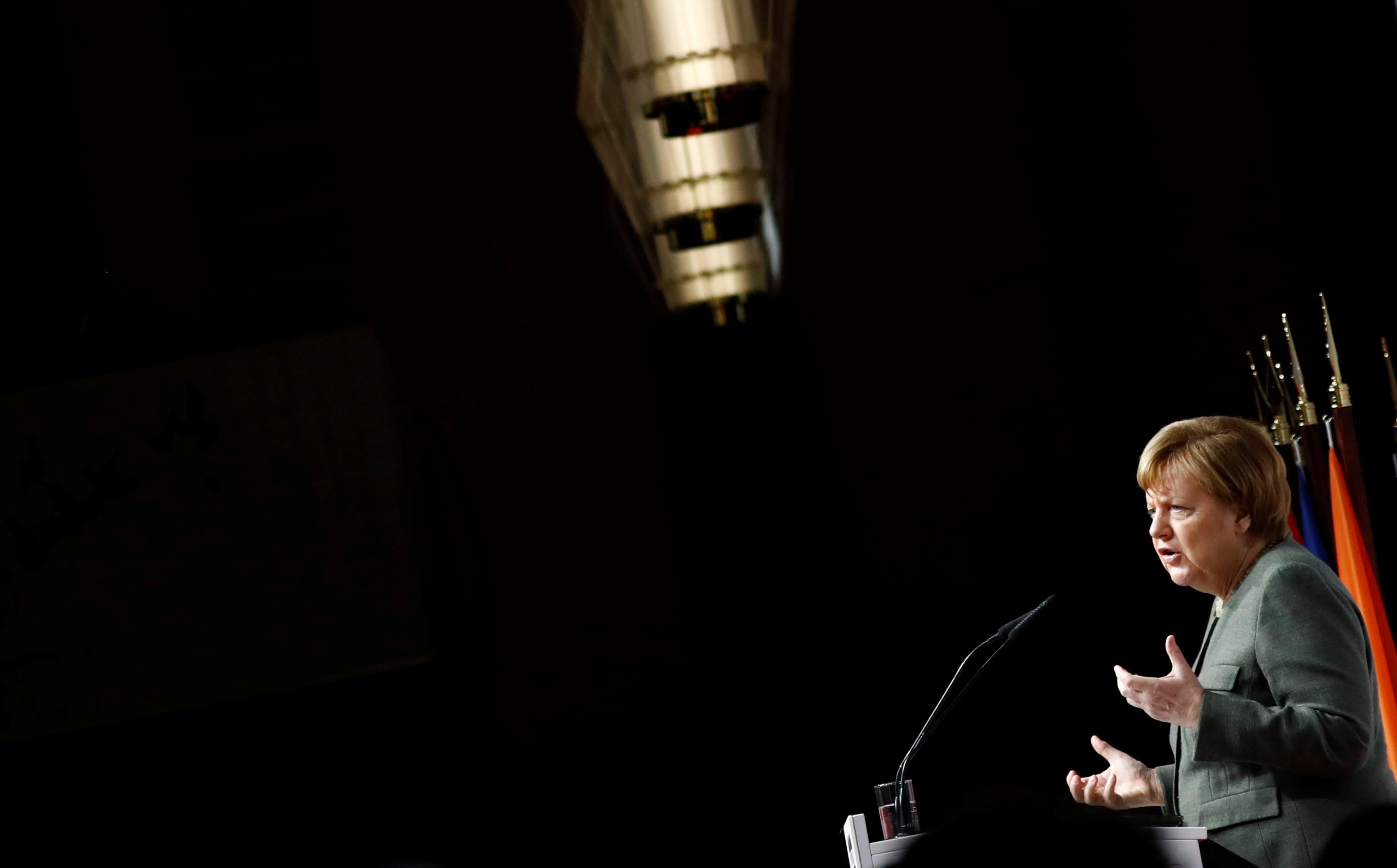 BERLIN (Reuters) – German Chancellor Angela Merkel said on Tuesday she would fight for an orderly Brexit right up until Britain’s planned departure from the European Union on March 29.

Merkel, asked whether she was ready to offer British Prime Minister Theresa May a new Brexit deal, said she “noted with interest” a ruling by the speaker of parliament that May must change her twice-defeated divorce deal to put it to a third vote.

“Now, we will see what Theresa May says to us, what her wishes are – we will try to respond to those,” Merkel added, speaking at a conference in Berlin.

“We will follow very closely how the British government reacts to what was said yesterday in parliament,” she added. “As to how deal with the situation, I can’t assess how it will be (at an EU summit) on Thursday – there is far too much in flux.”

In a move that added to the sense of crisis in London and exasperation in European capitals just days before the March 29 exit date, Speaker John Bercow shocked May’s government on Monday by ruling it could not put the same Brexit deal to another vote unless it was substantially different.

“I will fight until the last minute of the time to March 29 for an orderly exit,” Merkel said. “We haven’t got a lot of time for that, but still some days.”

Asked if she would be prepared to grant Britain a delay to Brexit, Merkel replied that she wanted to have very good relations with Britain even after Brexit.