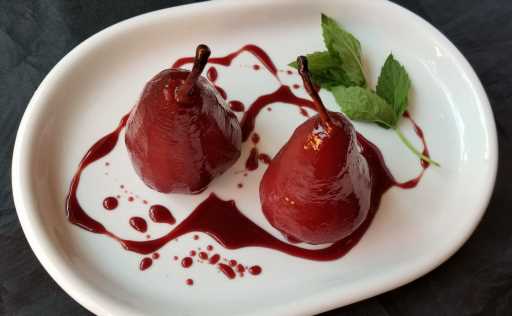 Spice blends are mainstays of cooks the world over. A Punjabi cook has his garam masala at the ready for everyday seasoning. A Lebanese, her baharat for breakfast (sprinkled on labneh), lunch (inside falafel) and dinner (over lamb stew).

We use spice blends, too, yet do not consider them exotic. Old Bay Seasoning, Lawry’s Seasoned Salt and Montreal Grill Mates Steak Seasoning are go-to spice blends in North America, as is any so-called “dry rub” (for barbecue, say, or the slow cooker), perhaps the spice blend in greatest ascendancy these days.

At their most convenient, spice blends are ready-made, blended by anyone from a small-batcher to a behemoth corporation (the multinational McCormick & Company produces the three spice blends just mentioned).

Online shopping for spice blends took off during the pandemic. We in Colorado can shop for spice blends from, among others, these locally-based purveyors: thespiceguyco.com, savoryspiceshop.com, myspicer.com and coloradospice.com.

However, at their most flavorful and aromatic, most spice blends are best when homemade — granted, perhaps the most luxurious act that cooks can do in their kitchens.

The globe sports countless spice blends, if only because the make-up of those possible to enumerate are themselves so plastic. Morocco’s ever-present spice mix called ras el hanout (“the best of the shop”) can contain 30, 40, even 100 different spices and aromatics. Perhaps the only guaranteed ingredient list is that for Chinese five-spice because it is self-constrained.

But here are four spice blends from four sprawling regions of the world, with suggestions on how to use them. Recipes for blending and grinding them at home are widely available, especially online.

Professedly made from the premium spices that a blender has on hand, this spicy yet sweet and (by the nature of its blend) very complex reddish-brown mix flavors all manner of moist foods such as tajines and soups (harira being the most popular) in its native Morocco.

“The one I make has 16 ingredients,” says Zach Johnston, founder and owner of The Spice Guy, headquartered in Aurora. He lists them all at the entry for “ras el hanout” on his website, thespiceguyco.com, and says that, in addition to Morocco’s wet-food uses, ras el hanout “is my go-to for meatballs, and in a taziki sauce or, if you do it, rack of lamb.”

“Masala” is a Hindustani or Urdu word merely meaning “mixture,” while “garam” signifies “warming” or “hot.” Typically, it contains the seeds or pods of cumin, coriander, cardamom, clove and black pepper, but, again, may also be flavored with ground cinnamon or nutmeg, cayenne pepper or bay leaf.

In cooking, frying it in fat at the beginning of a recipe (a very common method in the Indian subcontinent) gives a potent punch to the ensuing dish, while stirring it in, or sprinkling it over, the finished preparation preserves its original flavors. It is synonymous with the colloquial “Indian curry powder,” but its uses go far beyond curries. “It is really, really good in cauliflower soup,” says Johnston.

Simple Arabic for “spice” or “spices,” baharat is at once smoky, spicy and sweet, typically a blend of cumin, cassia bark (cinnamon), cloves, coriander, cardamom and black pepper. It also may contain hot chile, or nutmeg, or allspice, or paprika. (Are you catching on to the idea of these guys?)

Baharat makes for an exotic dry rub (try it this grilling season as an alternative to your own go-to rub) and as a pre-grilling marinade. Because it is sine qua non in falafel, Johnston thus thinks “It is perfect for lamb burgers.” I agree.

Always a blend of pods of star anise and clove, Sichuan peppercorn, fennel seed and cinnamon stick — in the Chinese custom, to comprise the five tastes of salt, sweet, bitter, sour and umami — one particular Chinese five-spice may be pronounced with, say, the floral notes of star anise while another sports the piquancy of the Sichuan peppercorn. Again, variances are the rule.

Nonetheless, it is a go-to in Asian cooking and profitably can spice your own. Its blend is not too far off the typical “pumpkin pie spice” well-known on grocery shelves in this country and would add some kick to the Thanksgiving buffet.

However, because Zach Johnston grew rhapsodic when saying that “It is amazing on raw or grilled pear,” I thought to tinker with a recipe for pears poached in red wine and use it there. Also, everyone can have at these pears because they end up containing no alcohol.