Travelling by train on some of the most popular long-distance routes can cost three times as much as flying.

The extraordinary prices charged by train operators have been laid bare in an audit by the Daily Mail.

It found that an ‘anytime’ – or open – return from London to Edinburgh with LNER leaving in the early morning and coming back within a month costs £319. 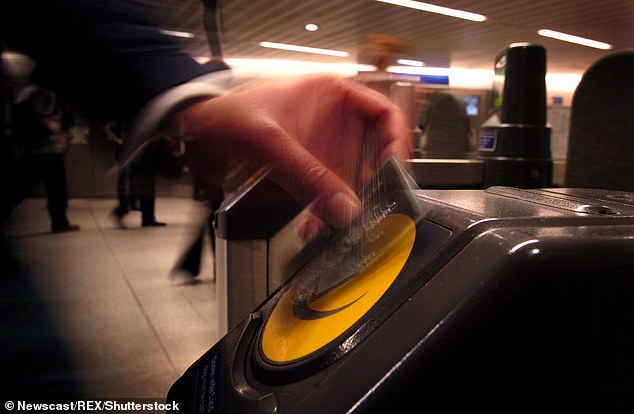 However, a standard economy class return plane ticket from London Stansted to Edinburgh – also booked at short notice but coming back a few days later – costs just £97 with Ryanair and easyJet.

An open return rail ticket from London to Manchester with Virgin Trains costs £338, while a return flight with Flybe costs £161.

And passengers can buy a return flight with Flybe from Birmingham to Edinburgh for £172, while an open return train ticket with CrossCountry will cost £235.

In fact, in five out of six cases checked the train was significantly more expensive.

All prices were quoted on ticket websites Trainline and Skyscanner. All train fare quotes were for ‘anytime’ returns. They were obtained last Wednesday, for a passenger travelling the next morning.

The flight quotes were also obtained last Wednesday for a passenger travelling the next day and returning yesterday. 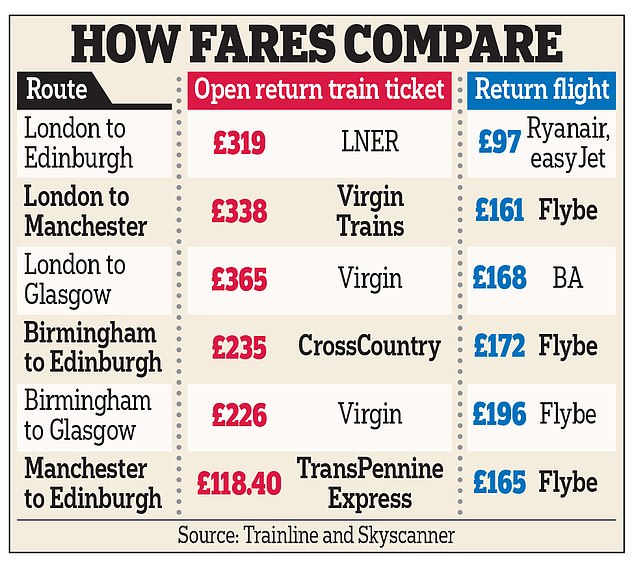 The latest rise means train fares have gone up 37 per cent over the past decade, dwarfing the rise in wages

The analysis was conducted before passengers were told on Friday that they face another round of inflation busting fare rises in January which will push up the price of tickets by 3.1 per cent on average.

The latest rise means fares have gone up 37 per cent over the past decade, dwarfing the rise in wages.

James Daley, founder of campaign group Fairer Finance, said: ‘These train fares are completely out of proportion and unjustified. It’s nothing short of an insult that fares are going up again by more than 3 per cent in January.’ 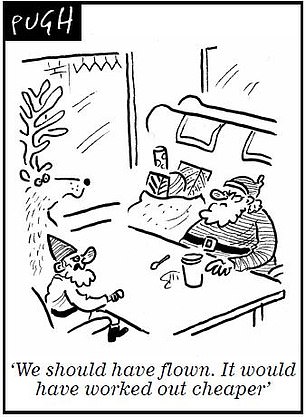 ‘We should have flown. It would have worked out cheaper’

He added: ‘There are serious questions to answer if it makes more sense economically to take the car or the plane, which is worse for the environment.

‘It reinforces the fact the rail system is broken and needs a complete overhaul.’

David Sidebottom, director at the independent watchdog Transport Focus, said: ‘Fewer than half of rail passengers are satisfied with the value for money of train tickets.

A spokesman for the Rail Delivery Group, which represents train firms, said: ‘Comparing fully flexible rail fares which can offer travel on scores of trains across a day with air fares restricted to one flight is totally misleading.’

A Virgin Trains spokesman said: ‘The vast majority of our customers take advantage of our discounted tickets, with fares between London and Manchester starting at £23, for example.’