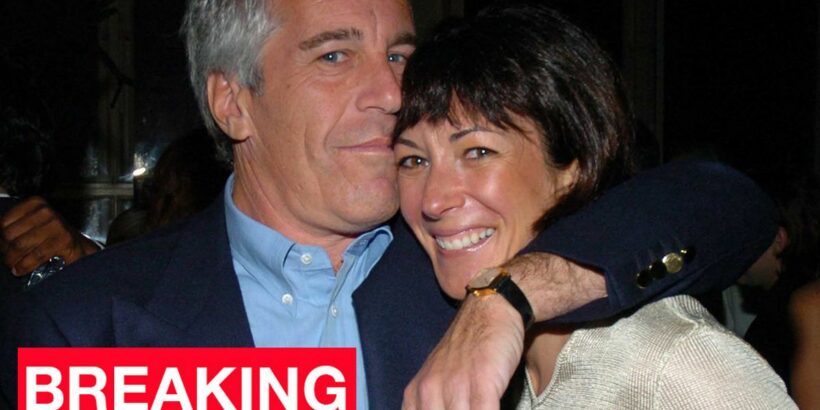 Disgraced British socialite Ghislaine Maxwell has been sentenced to 20 years in prison today (June 28) for a string of heinous offences she committed under dead sex offender Jeffrey Epstein.

A shackled Maxwell, 60, was handed down her sentence in New York dressed in prisoner attire for the litany of crimes she played a part in during her relationship with the billionaire paedophile.

Prior to today's proceedings, prosecutors had urged Judge Alison Nathan to issue a 30 to 35 year sentence.

Speaking before her sentencing, Maxwell apologised to the victims of her abuses and said she hopes her sentencing will allow them “peace and finality”.

Maxwell claimed meeting Jeffrey Epstein was the “greatest regret of my life” and that she wanted to “acknowledge the suffering” of her victims.

“I know my association with Epstein will follow and forever stain me,” she said addressing the court moments before her sentence was handed down. “It is the greatest regret of my life that I ever met Jeffrey Epstein.”

The PA news agency reports that addressing her victims directly Maxwell said: “To you, all the victims that came to today inside the court and outside…I am sorry for the pain you have experienced.

“I hope my sentence…brings you closure…peace and finality. To help you put those experiences in a place that helps you move forward.”

Maxwell had tried and failed to receive a new trial after requesting one at the start of this year, but the motion was dismissed in April.

Maxwell had been arrested back in July 2020, almost a year after the death of decades-long associate Epstein, who was found dead in his prison cell while awaiting trial for sex-trafficking.

A court heard that Maxwell had lured young girls to massage rooms to be molested by disgraced financer Epstein for a decade between 1994 and 2004.

Maxwell's lavish lifestyle and attendance at a party in 1992 led to the reported first meeting between her and Epstein, a financier, with the two meeting in New York.

Just two years later and Maxwell is said to have met two of those currently accusing her, Jane and Kate, who were 14 and 17 at the time of their first meeting.

By 1996, Maxwell had met her third accuser through Epstein, with Annie Farmer alleging Maxwell had told her to undress and rub her breasts during a massage.

Farmer had met with Epstein in 1995 while visiting her sister in New York.

Epstein is said to have transferred Maxwell £14.9million in October 1999, and the following year the pair, along with Prince Andrew, were spotted at Donald Trump's Mar-a-Lago club in Florida.

Maxwell and Epstein were also spotted in attendance of a party held by the Queen to celebrate several key dates for the Royal Family, including the 100th birthday of the Queen Mother and Prince Andrew's 40th.