Hundreds of jobs are at risk at dining chains Giraffe and Ed’s Easy Diner as the owner of both brands revealed plans to close a third of its sites.

Boparan Restaurant Group (BRG) announced its intention to enter a company voluntary arrangement (CVA) to close 27 of its 87 restaurants.

The business said although like-for-like sales had improved at the brands since they were acquired, several sites remained unprofitable.

Both chains become the latest in a long line of British high street mainstays to announce job losses and branch closures in the past year. 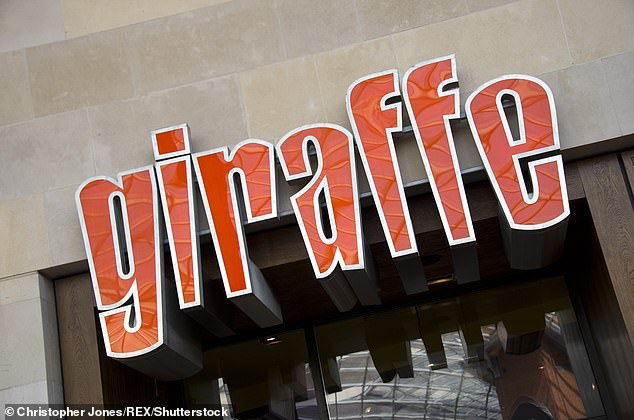 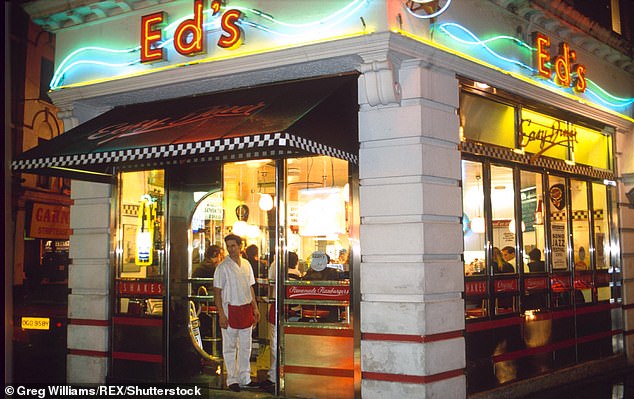 BRG acquired Giraffe from Tesco in 2016, and later combined it with Ed’s Easy Diner, which it had bought in a pre-pack administration that same year

In 2018, nearly 85,000 retail jobs were lost in the UK as businesses continued to go bust as 1,000 retail firms went into administration between January and September.

Tom Crowley, chief executive of BRG, said: ‘We have been examining options for the two brands for some time and the CVA is the only option to protect the company.

‘The combination of increasing costs and over-supply of restaurants in the sector and a softening of consumer demand have all contributed to the challenges both these brands face.’

Advisers from KPMG will oversee the process, as the proposal now goes to a creditor vote.

BRG owns a number of other household names, including fish and chip restaurant Harry Ramsden and the upmarket Cinnamon Collection.

It is also the master franchisee for US brand Slim Chickens, which first opened in the UK last year.

BRG acquired Giraffe from Tesco in 2016, and later combined it with Ed’s Easy Diner, which it had bought in a pre-pack administration that same year.

The two brands form a combined entity, which in the most recently available accounts had annual turnover of £67.1 million.

In the same period, underlying losses came to £1.6 million.

Last year, several casual dining brands overhauled their businesses, with some closing sites, amid rising costs and tougher competition in the sector. 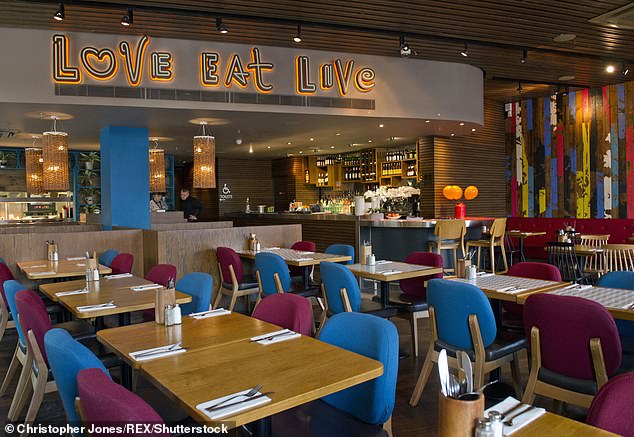 The business said although like-for-like sales had improved at the brands since they were acquired, several sites remained unprofitable

Bloodbath on the High Street: How shops went from bustling to bust

2018 saw one of the worst years for the UK High Street with retailers shutting their doors and plaguing homes across the country with many job losses.

Crisis hit brands such as House of Fraser and Marks & Spencer fought to keep stores open while other retailers such as New Look pushed for a solution to stop store closures and job losses.

In 2018 nearly 85,000 retail jobs were lost in the UK as businesses continued to go bust as 1,000 retail business went into administration between January and September.

As well as this the number of retail outlets left empty was up by 4,400 in 2018 according to data from the Local Data Company.

High Street giant Gap has also announced it will close 230 stores worldwide as its US parent company launches a massive restructuring programme.

The pressure on High Street retailers has hit an all-time high as they continue to try and keep up with the ever growing popularity of online shopping.

Online retailers are able to keep prices low as they don’t face the massive rental costs of physical stores or the staff rates.

While retailers battle the rise in online shopping they are also being forced to battle Brexit, as many supply chain routes and whether or not they will be available in a no-deal scenario have put added cost worries onto retailers as many consider stock piling their items or not importing them at all.

The carpet retailer is closing 92 stores across the UK. These closures represent nearly a quarter of all UK Carpetright stores.

The UK’s largest toy shop went into administration in February 2018, leading to an estimated 2,000 redundancies.

The department store chain was on the verge of heading into administration but was rescued at the eleventh hour by Sports Direct owner Mike Ashley.

The electronics giant has gone bust, closing shops across the country and putting thousands of jobs at risk.

The baby and toddler chain is closing 60 shops across the UK putting up to 900 jobs at risk.

Poundworld announced it was going into administration on June 11 after talks with potential buyer R Capital broke down, putting 5,100 jobs at risk.

The retailer announced in May it plans to close 100 stores by 2022, putting hundreds of jobs at risk.

Orla Kiely, the Irish fashion retailer collapsed in September and closed all its stores after a slump in profits.

In December HMV entered into administration with its flagship London Oxford Street having closed earlier this year.

Fashion brand L.Bennett announced it was filing for administration on March 1, 2019. Linda Bennett sent employees an email early in the morning to inform them of the news before it hit news outlets.