A TOURIST is fighting for his life in hospital after a minibus knocked a fully grown giraffe into the path of his safari camper in South Africa.

The 18-foot tall giraffe — weighing about 750 kg or 118 stone — completely crushed the front of the taxi then stoved in the roof and front a Ford Ranger camper. 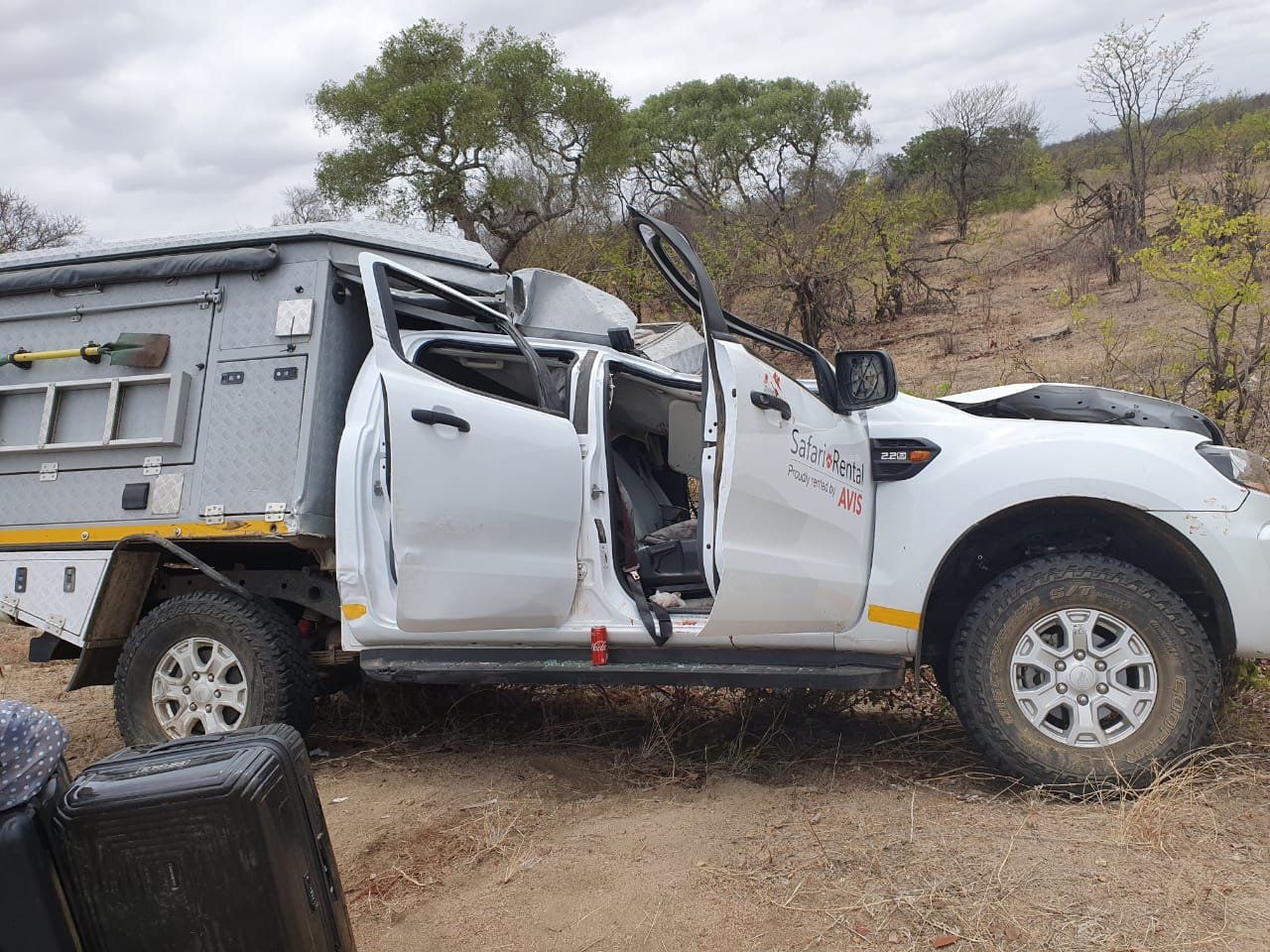 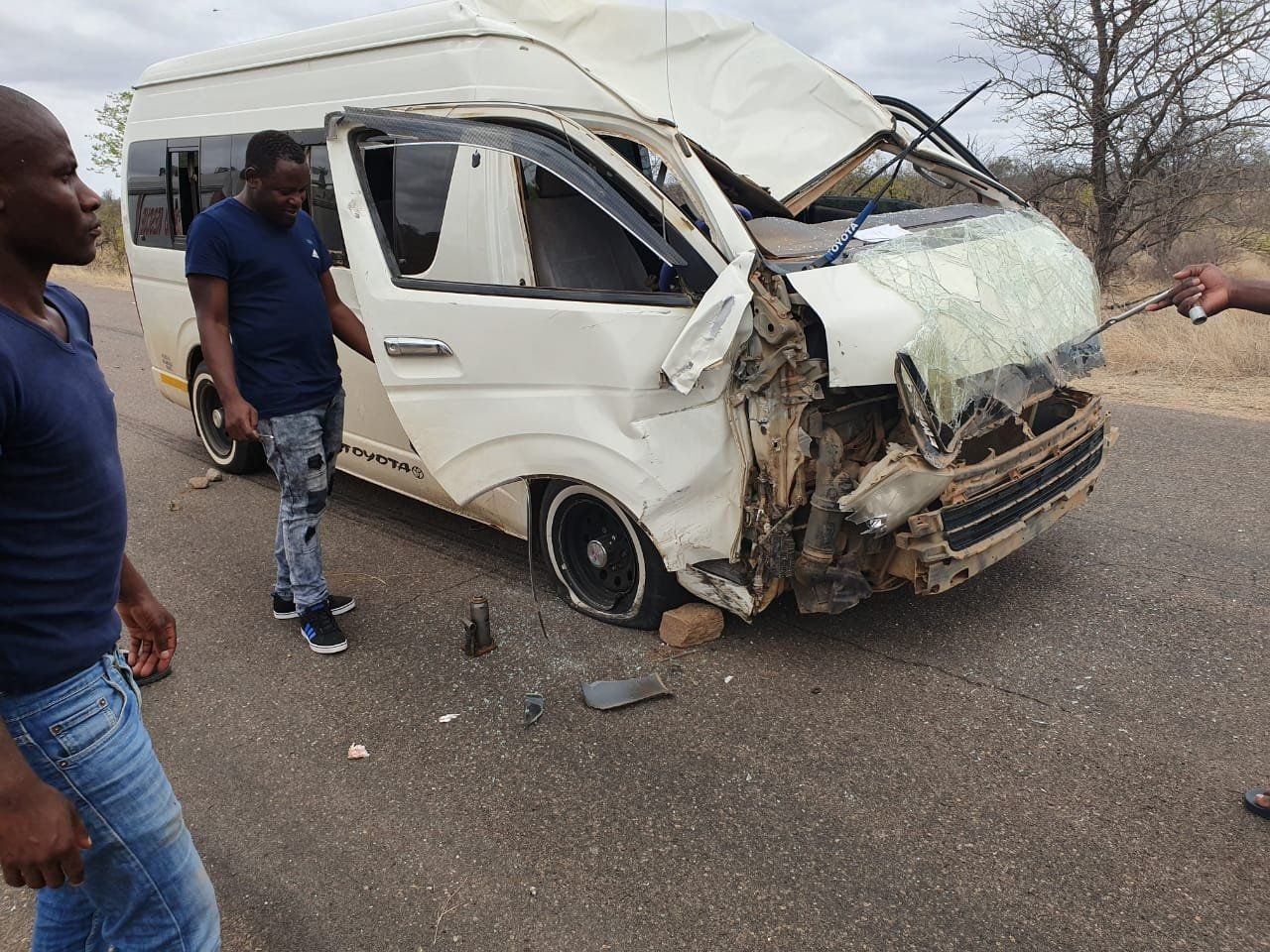 Emergency services raced to the world famous Kruger National Park near Mopani where an elderly Swiss man was critically injured before airlifting him by helicopter to a hospital in Nelspruit.

He is now on full life support to the Netcare Milpark Hospital in Johannesburg for specialist treatment.

The fully grown giraffe was killed and South African police are trying to discover whether the taxi carrying 13 tourists was breaking the 30 mph limit.

Police spokesman Ike Phaala said: “There was a devastating accident involving a minibus taxi that was transferring tourists to a game lodge when it hit a fully grown giraffe.

"The giraffe was by the force of the impact knocked across the road onto the roof of a tourist vehicle coming the other way which was being driven by a married Swiss couple.

"We are aware of the length of skid marks left by the minibus taxi but it is not our job to speculate on the speed the taxi was driving at but to leave that to the police investigation.

"We remind all visitors that this is a wildlife park and animals have right of way and to drive to the speed limits and be fully aware at all times that animals that can appear unexpectedly.

"Both vehicles were severely damaged which is what happens when a vehicle and a large animal come into contact."

The taxi which hit the giraffe was carrying tourists to the Letaba Rest Camp in the KNP and the elderly Swiss married couple were driving to another safari camp in the opposite direction.

They had entered the KNP through the Phalaborwa Gate on a self drive safari holiday when the accident happened on Sunday.

Giraffes are the largest land animal in the world and grow up to 20 feet tall and can weight up to 800kg's in the wild. 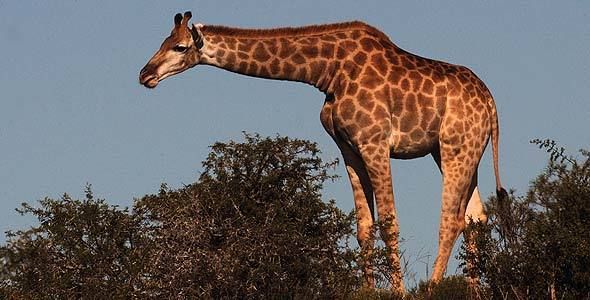