‘Bright and bubbly’ girl, 11, fulfils her last wish to meet her hero Ed Sheeran just days before she dying of rare genetic condition

A ‘bright and bubbly’ schoolgirl who suffered from a rare condition which left her confined to a wheelchair died just days after meeting her hero Ed Sheeran.

The schoolgirl from Cork, Ireland, died unexpectedly after suffering a minor fall and then going into cardiac arrest on May 9. 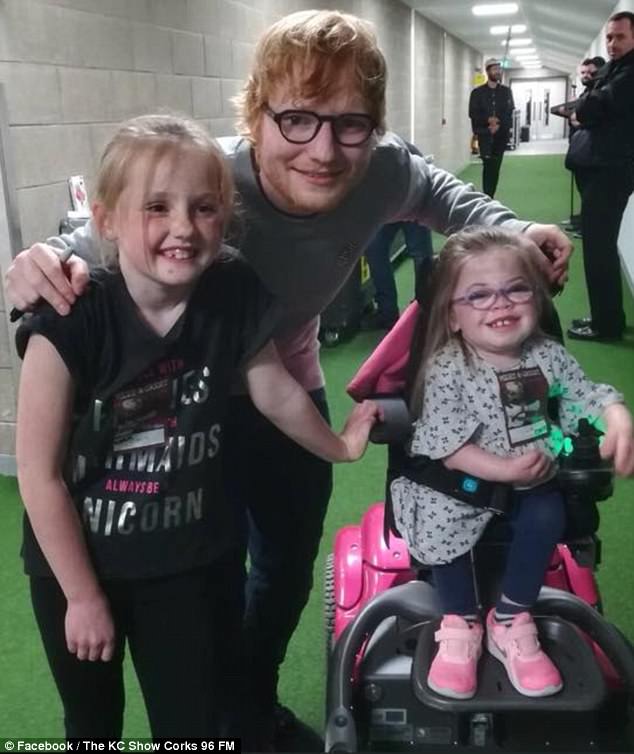 Aoibhe O’Connor (right) and her sister Lauren (left) pose for a picture with Ed Sheeran backstage at the opening gig of his European tour in Cork, Ireland

Just five days earlier the Ed Sheeran superfan had gleefully posed for pictures with her idol.

He invited her backstage before the opening gig of his European tour in the Irish city. 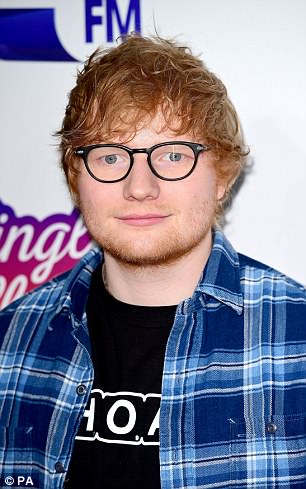 The Thinking Out Loud hit-maker talked with his young fan and her eight-year-old sister Lauren about their favourite music.

Cork’s 96fm breakfast presenter known as KC organised the meeting, which was part of a push by Aoibhe’s family to make ‘memories for life’ for their little girl.

He tweeted two days after her death: ‘Today was toughest piece of radio I’ve ever had to do, announcing our little friend Aoibhe O’Connor has passed away. She fulfilled her dream of meeting @edsheeran last Friday night. Rest In Peace’.

Aoibhe was a QueenBee ambassador for the children’s national ambulance service  Bumbleance.

The charity’s co-founder, Tony Heffernan, told the Irish Examiner: ‘She was a powerful little package, full of laughter and joy.’