Robo-girl! Eleven-year-old whose arm bones crumbled after cancer gets a new lease of life after doctors fitted her with titanium replacements

Smiling as she gets on her bike, Bethan Evans looks like any other bright and happy 11-year-old. She has, however, been through rather a lot to get here.

The scar on her left arm is a reminder of a long struggle with cancer and the damaging toll of treatment.

But Bethan has a new lease of life – and a new nickname – after doctors fitted her with a titanium arm bone. Her own had crumbled away due to the after-effects of radiotherapy, leaving it virtually useless.

‘She’s like Robo Beth now with her metal arm,’ said her mother, Lynne, 42. 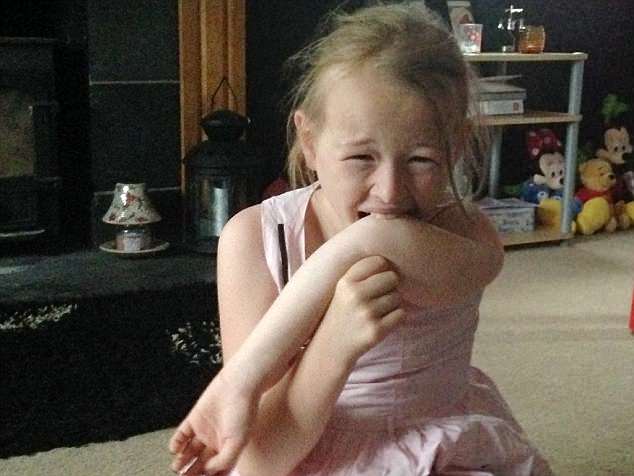 Bethan Evans, 11, pictured during her radiotherapy treatment which left her arm ‘virtually useless’ 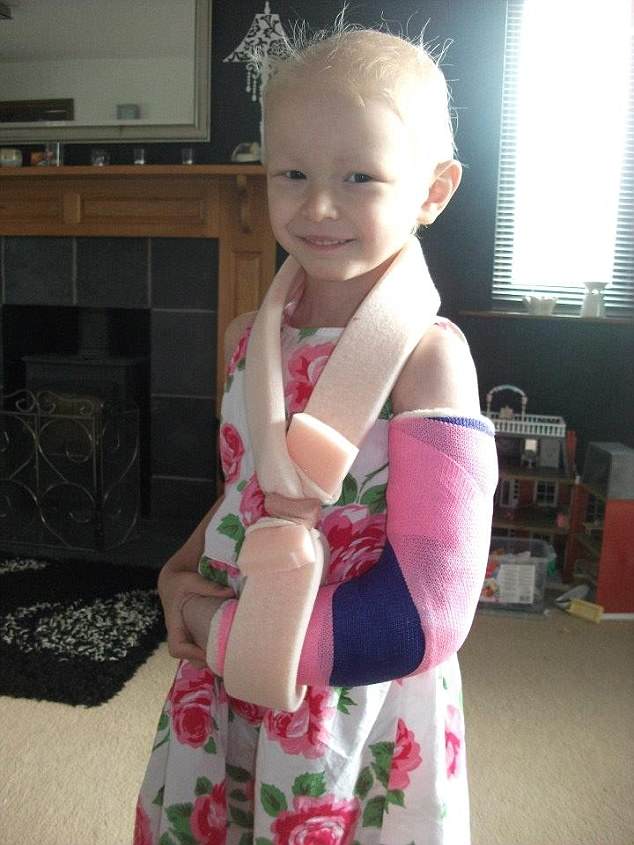 ‘And to watch her sit on a bike for the first time too, was amazing. She can start living life normally again thanks to this new bone.’

Bethan’s ordeal began six years ago, when her mother found a plum-sized lump on her arm.

She was diagnosed with Ewing’s sarcoma, a cancer that affects bone and soft tissue, and immediately started on chemotherapy.

After five months of treatment, doctors decided to carry out a remarkable operation to finally see off the disease.

They wanted to blast Bethan’s arm bone with radiotherapy but still protect the rest of her body from its damaging effects.

So, in an eight-hour operation at the Royal Orthopaedic Hospital in Birmingham, they removed the bone and sent it across the city to Queen Elizabeth Hospital for radiotherapy.

It was then returned to the operating theatre and placed back inside Bethan’s arm. 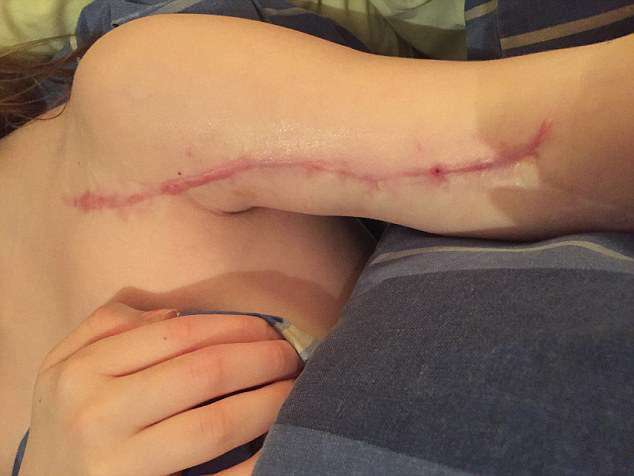 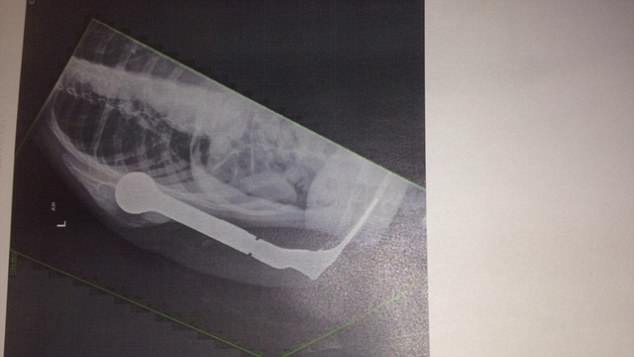 The operation was a success – the cancer went into remission – but the treatment, as they feared, left the bone very brittle.

Over the next five years, Bethan broke it seven times and couldn’t perform simple tasks that most children take for granted.

Eventually, the bone crumbled away from her shoulder to elbow and she was left with a useless arm that she could bend out of shape. So doctors stepped in again with a solution that would finally help the little girl get back to a normal life.

They fitted her from shoulder to elbow with a new ‘bone’ made of titanium. The metal is an ideal replacement as it resists corrosion and fuses well with existing bone.

Bethan can now finally do her hair, underline her schoolwork with a ruler – and, most importantly for her, ride a bike.

‘When we look at the X-rays showing her new titanium bone, it looks so strong compared to her previous arm bone in pieces,’ said Mrs Evans, who lives with husband Arwen, 43, daughter Amy, 13, and Bethan in Welshpool, east Wales.

‘She can do all the things she has always wanted to do – it’s wonderful to see.’ 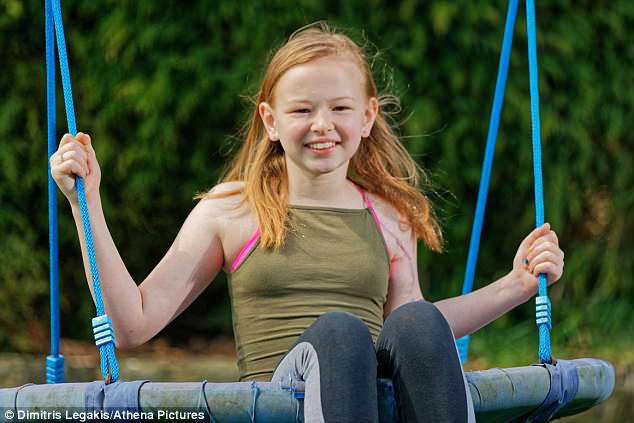 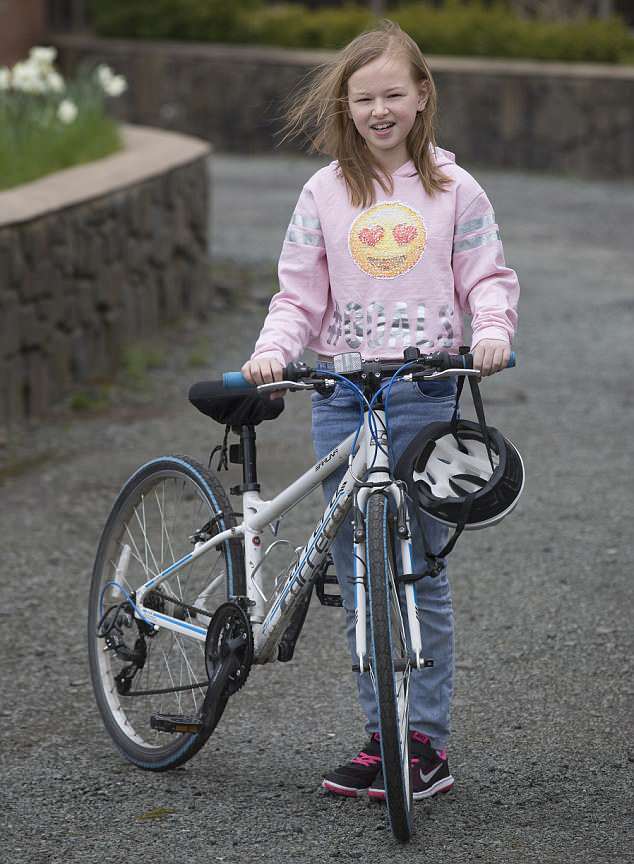 Bethan can now finally do her hair, underline her schoolwork with a ruler and, most importantly for her, ride a bike