A 12-YEAR-OLD girl was left with a bleed on the brain after she was mowed down while trick-or-treating by a driver who had been shot in the face in a street ambush.

The 12-year-old suffered a fractured skull after being hit by a black Volkswagen Golf as the wounded driver tried to speed away from gunshots in Croxteth, Liverpool. 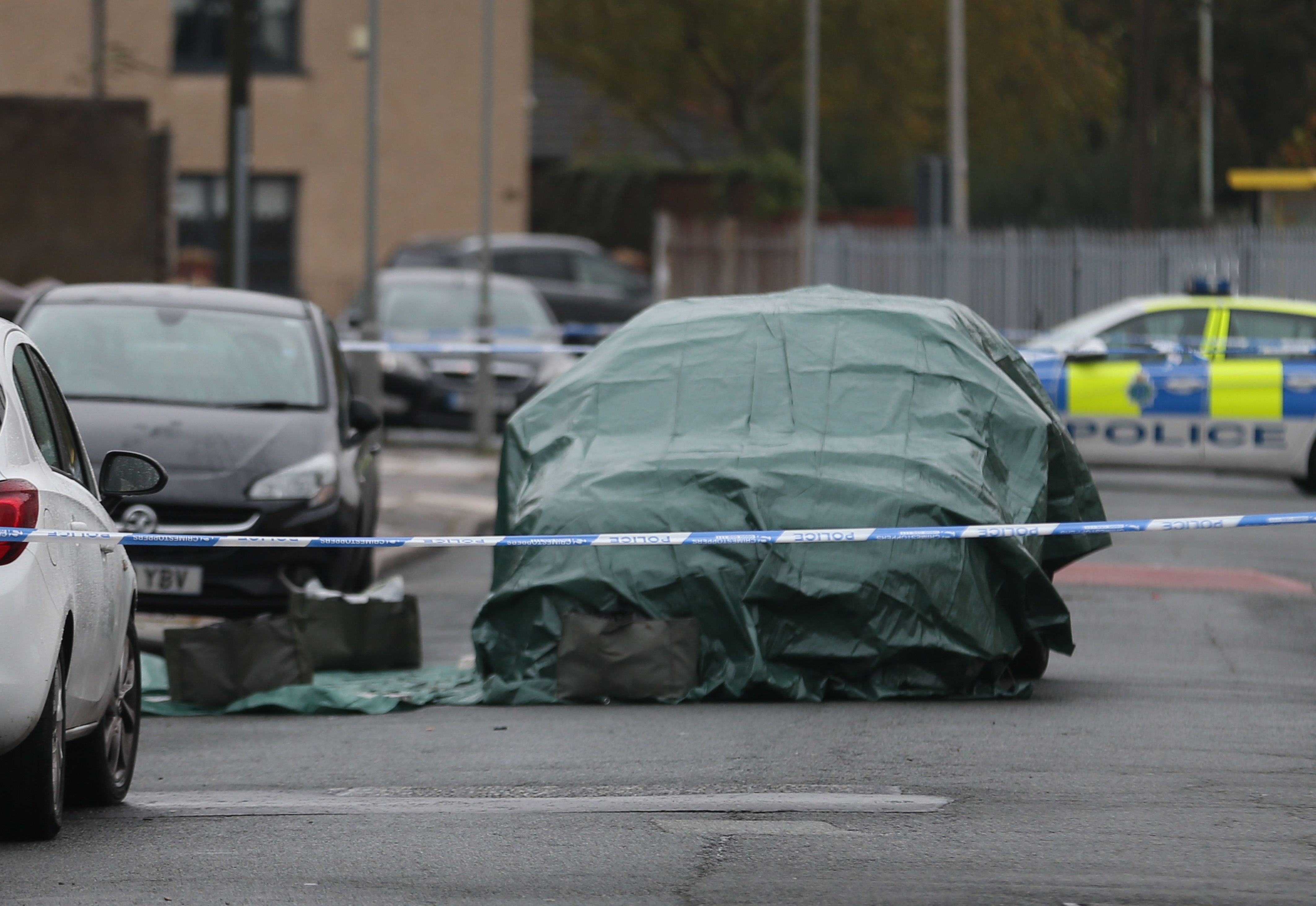 The gun horror came on a night of Halloween bloodshed as a man was murdered in Warwickshire and three others were stabbed in London.

The trick-or-treater was left lying injured in the road and eye-witnesses said brave locals had to free her from underneath the wheels of the car, at around 7.50pm last night.

Speaking today, the girl's gran Barbara Condliff said: "I’m so stressed with it all. It’s been horrendous."

The girl's uncle, who asked to remain anonymous, added: "I don’t think it’s life threatening but I know she’s got a bleed on the brain. Her parents are at the hospital with her now."

Eye-witnesses saw "three or four men" – one with blood streaming from a gunshot wound – sprinting away after the Golf ploughed into the youngster on Sceptre Road.

One said: "When I looked outside I saw the girl trapped under the wheel of the car.

"They had to physically lift it off her."

When I looked outside I saw the girl trapped under the wheel of the car.

Her husband added: "We'd been hearing bangs all evening, but then heard a really loud one. We thought it was just fireworks.

"If they want to kill themselves let them, but when kids are affected it's scary."

Another resident slammed the culprits as "absolute cowards", adding: "It’s disgusting they would do this, especially on a night when so many kids would be out and about."

The girl was taken to hospital where she was treated for serious injuries, police said.

Shortly after the shooting, the driver of the car also arrived at hospital with an injury to his face.

Supt Paddy Kelly said: "Chief Inspector Mark Everard said: “This investigation is in its very early stages and enquiries are being carried out to establish exactly what has taken place."

Elsewhere last night, two boys aged 16 and 17 were arrested for the murder of a man who was stabbed to death at 6pm in Rugby, Warks.

Another man was stabbed repeatedly in Selhurst, South London, reportedly while trick or treating in a residential road. His condition was not known early today. 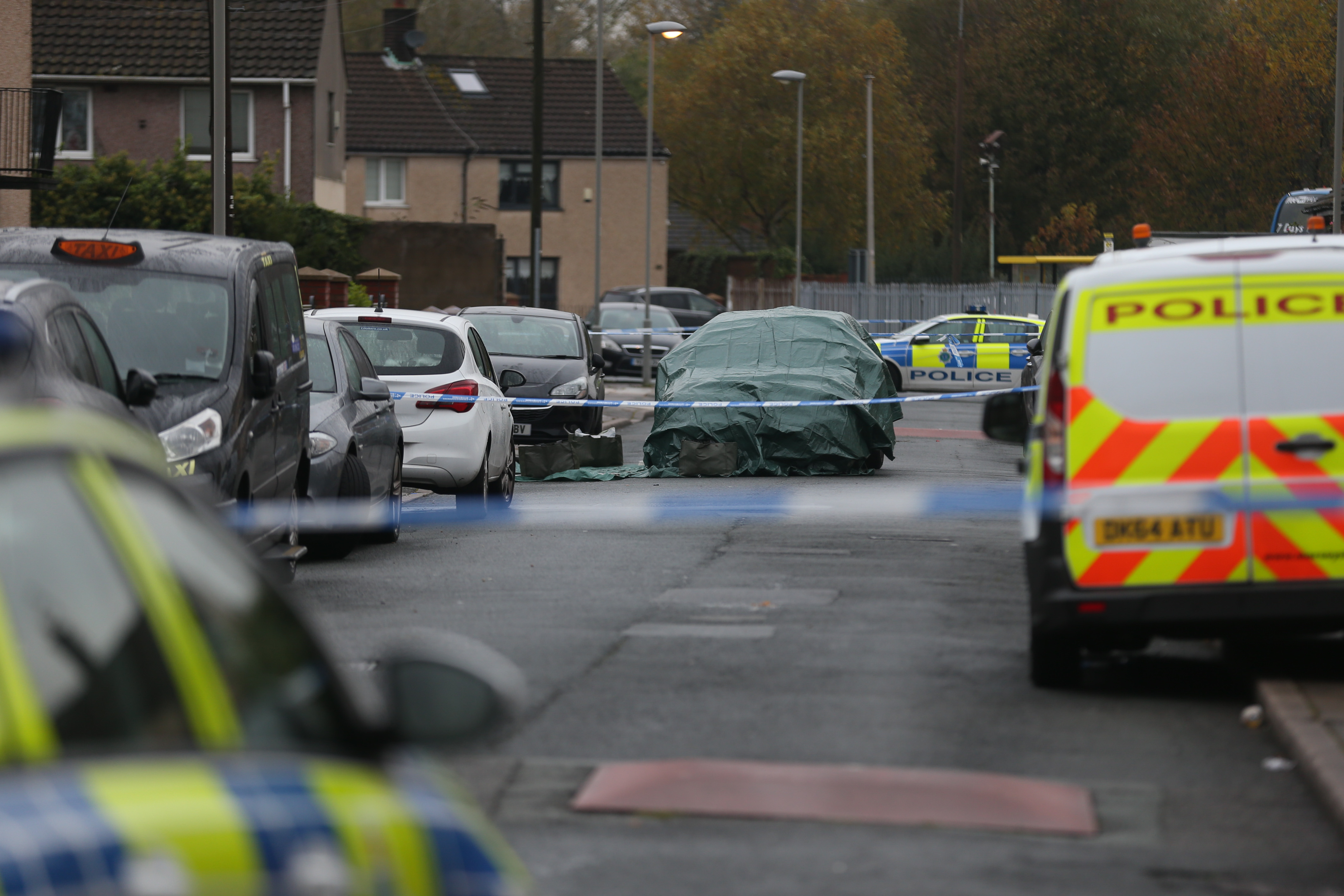 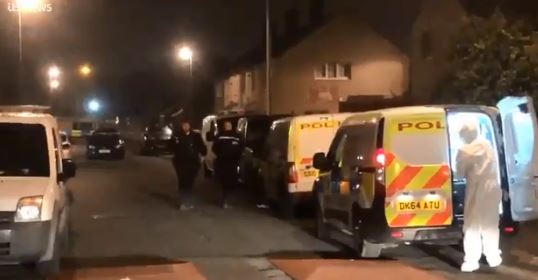