The yob hit the girl and tried to steal the her handbag as she queued at a checkout in the store in Chesham, Bucks.

A brave shopper stepped in to separate the pair and the crook fled empty-handed. 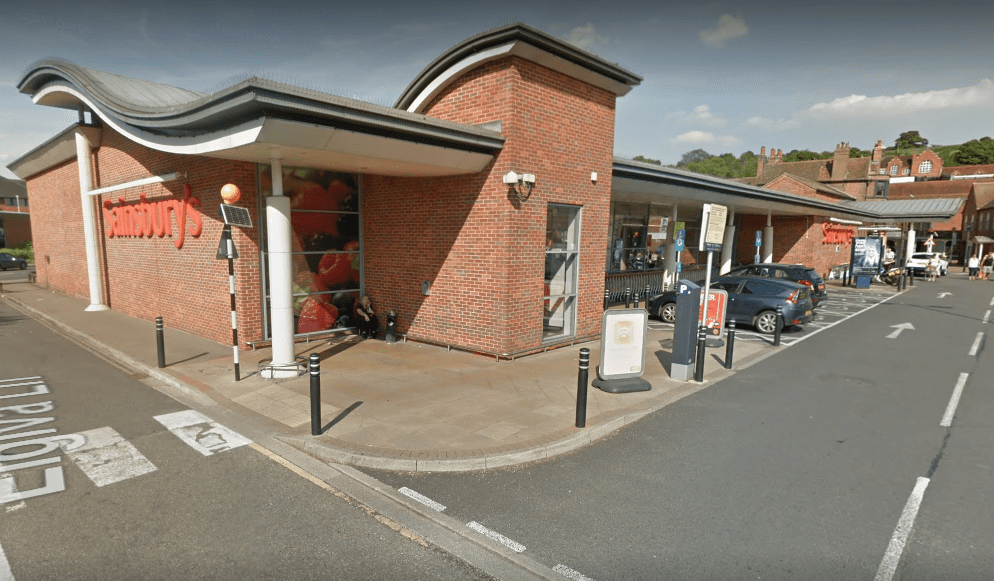 Thames Valley Police has now released a picture of a man they want to speak to in connection with the incident.

The girl was not injured in the attack, which took place at around 1.45pm on Saturday, November 3.

A spokesman for the force said: "A 12-year-old girl and a friend were queuing to pay for items in Sainsbury's in Elgiva Lane, Chesham, Bucks.

"Whilst waiting in the queue, they were approached by a man who tried to take her purse.

"She stepped back from him so that he was unable to reach it. The man then punched her in the face.

"A member of the public stepped in between them and the two friends then left the shop. The victim was not injured and nothing was stolen during the incident."

Speaking of the CCTV picture released by officers, PC Luke Bond urged anyone who may know the man to get in touch with police.

He said: "I am appealing for anyone who recognises this man or who witnessed this incident to contact the police.

"I am particularly keen to trace the member of the public who intervened as I believe they may have vital information."

Anyone with information should contact Thames Valley Police on 43180336737, or by calling 101. Alternatively you can contact Crimestoppers anonymously on 0800 555 111.