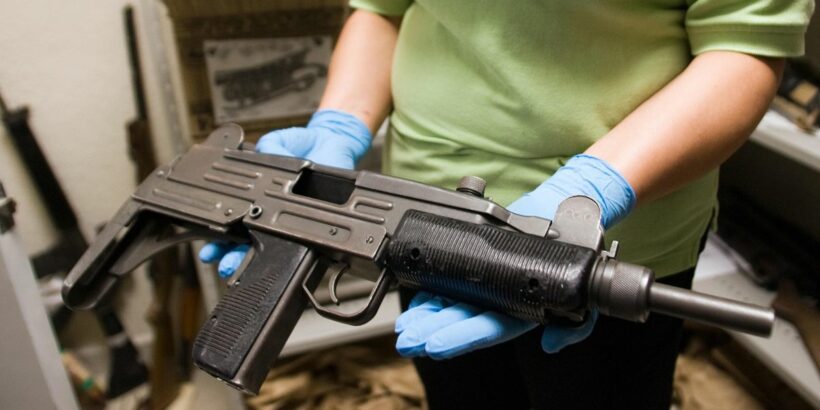 A 15-year-old girl accidentally shot herself dead while trying to take a video for TikTok with a submachine gun.

Yazmin Esmeralda tried to pose with a 9mm Uzi submachine gun in her grandmother's home in the municipality of Guasave, Sinaloa, Mexico, when tragedy struck.

Local reports said she found the gun in the bottom of a closet and enlisted her brother to shoot a video of her holding the weapon.

She dropped it and it discharged, killing her instantly. Her brother explained to authorities what happened.

Sinaloa's state prosecutor Sara Bruna Quiñonez Estrada said it's not clear why the weapon was in the house.

Reports suggested it could have belonged to her father, who could now be held accountable for the death.

"That she chose to record a clip [in that way] shows that our youth is immersed in that culture.

"It’s what they hear about at all hours."

He turned the region's eponymous cartel into a global player, but is now serving a life sentence in a maximum security prison in Colorado, USA.

"There are sectors [of society] that admire drug traffickers," said Maria Teresa Guerra Ochoa – head of the state's women's ministry.

"Many of them come from poverty and so they’re seen as symbols of success."

The aforementioned Attorney General added that the gun that killed the child had been discharged from the Mexican Army due to its dangerousness.

"It can never be secured and when it is triggered it cannot be stopped because it unloads all the bullets it carries,” Quiñones Estrada explained.