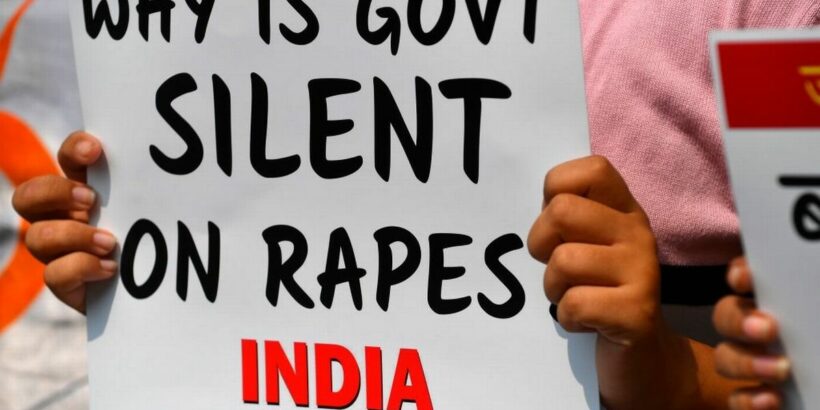 An eight-year-old girl was allegedly raped inside a dumpster and offered 5p to keep quiet.

The child was reportedly attacked in Bhopal, India, on Saturday before the the offender offered her 5 rupees (5p) not to tell anyone.

Police have arrested a man on the day of the alleged offence after the victim identified him from a photograph, officers said. He was understood to be trying to flee to Gujarat when he was apprehended.

In a statement to police, the victim, who has not been named for legal reasons, said she was playing near her home in Ayodhya Naga in the city at about 1.30pm when the pervert approached her and gave her 100 rupees (£1) to buy tobacco from a nearby shop.

“She bought the tobacco but when she went to give it to him, he told her to give it to another man standing next to a vat a few metres away,” said sub-inspector (SI) Nisha Ahirwar, of Bhopal Police.

As the child walked toward the second man, she was dragged into the dumpster by the first man and raped.

After the alleged attack, the girl "went home crying and told everything to her maternal grandmother," SI Ahirwar added.

Police said the victim was in deep shock but stable.

It is not the first time a child been allegedly in Bhopal this month.

Just last week, a man, 28, was arrested after being accused of raping a 14-year-old girl and forcefully marrying a minor in Nishatpura in May last year.